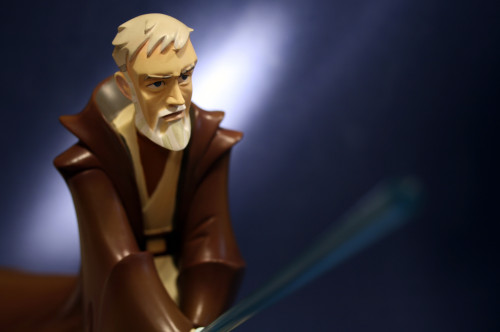 Gentle Giant followed in the steps of Electric Tiki to cater to the niche of animated-style statue collectors. Lately they haven’t released much from their Lord of the Rings and Pirates of the Caribbean lines, but Star Wars is still going strong. Here’s a look at the newest release, Obi-Wan Kenobi from Episode 4.

All the Star Wars animated releases from Gentle Giant follow a similar style that is reminiscent of Genndy Tartakovsky’s work on the original Clone Wars cartoon series. The first releases in this statue line were based on the character designs from the original Clone Wars, so it stands to reason that the style would persist. Upcoming releases from Gentle Giant look to be swaying more towards the CG-fied look of the new Clone Wars movie and animated series, which really is a shame. I enjoy the new series, but I really love the more cartoony look that we’ve gotten until now. 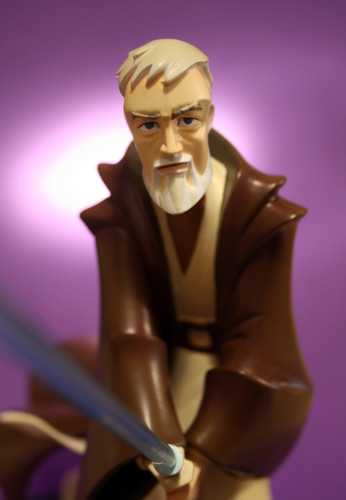 The Obi-Wan statue really does a great job of capturing the essence of the character and distilling it into this cartoony style. This is exactly the sort of thing that Alec Guinness would have hated, and I couldn’t be happier with it. It presents Old Ben in a new light and does a great job of depicting him as the spry old Jedi we know and love. He’s shown here with his lightsaber at the ready, his expression determined but with a hint of a smirk at his mouth. You can practically hear him saying, “You can’t win, Darth.” 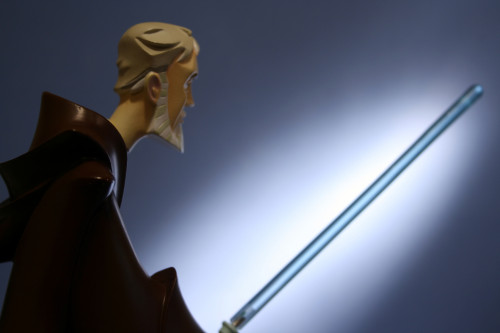 Obi-Wan comes made onto the base, which is a black asymmetrical one similar to that of earlier releases in this line. The lightsaber blade comes packaged as a separate piece that attaches to the hilt via a metal pin. All of the lightsabers in this series tend to have the problem of visible pins, which might be remedied by having the pin attached to the end of the lightsaber blade, plugging into a hole in the hilt, instead of the other way around. Even with the visible pin, it isn’t really enough to detract at all from an otherwise fantastic piece. 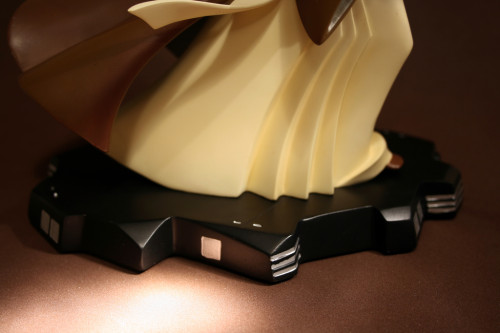 This is a great Star Wars collectible and a welcome addition to the animated line. I give it a big thumbs up and am glad to have another original trilogy character in my collection. 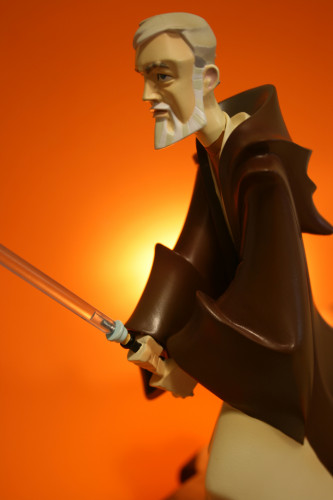 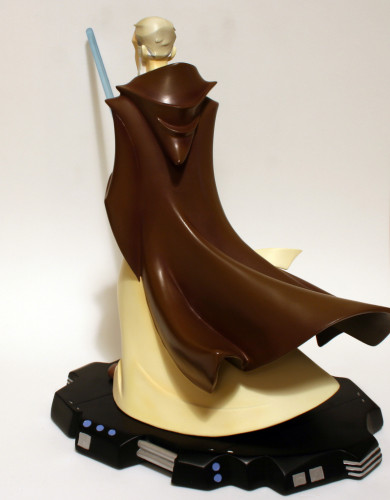 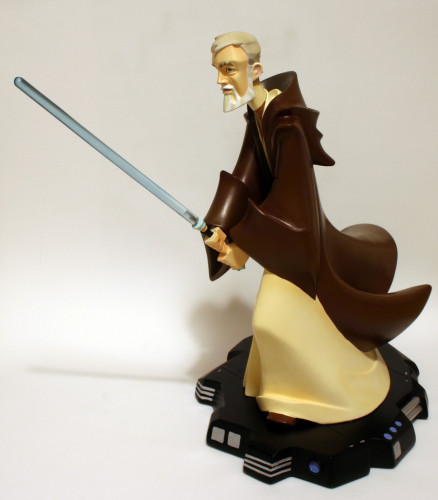 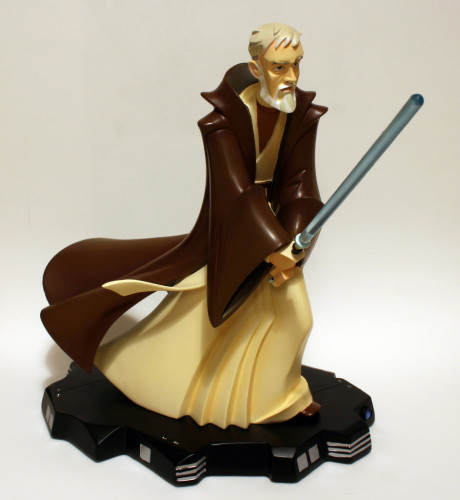 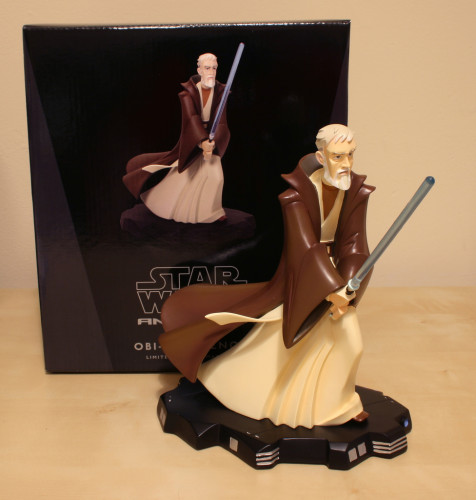