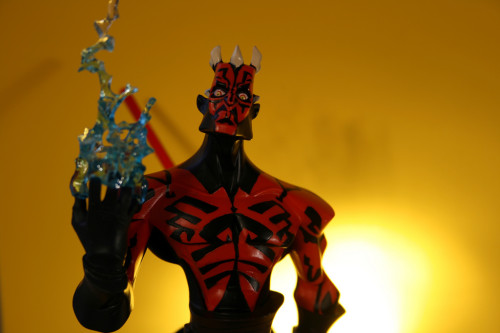 Darth Maul is a striking addition to the Star Wars animated statue line for many reasons, one of which is the pose and outfit Gentle Giant selected for him. He’s depicted here shirtless and summoning Force lightning with his hand, a look and action he never sported in the movies. He’s been shown numerous times in the Expanded Universe material training shirtless and using various Dark Side powers, so this statue sways more into the EU realm than the official movie canon. Seeing all the tattoo designs, as well as the lightning on his hand, is a very visually neat thing to behold, but as a bit of a purist, I sort of wish they’d created a cartoony version of Maul in one of his signature poses from The Phantom Menace. Still, the stance with the double saber behind him is a unique and interesting one, so I’m not really disappointed. 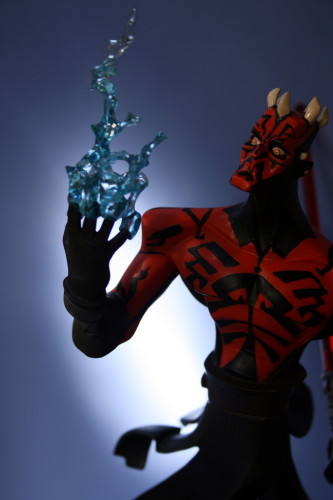 The Maul statue is in scale with the rest of the Star Wars animated series, standing around nine and a half inches tall. The lightning adds maybe another inch to the piece. He’s standing on a black base like the rest of the statues in this line, but Darth Maul’s base is a lot more angular and pointy than the other characters’. I thought this was a good choice, reflecting not just his obviously pointy horns but also his dangerous demeanor. Maul comes made onto the base, and the two lightsaber blades come packaged separately from him in the box. As with the rest of the Gentle Giant Star Wars collectibles, you can attach the saber blade easily by plugging them into the hilt of the sabers via a metal pin and hole. 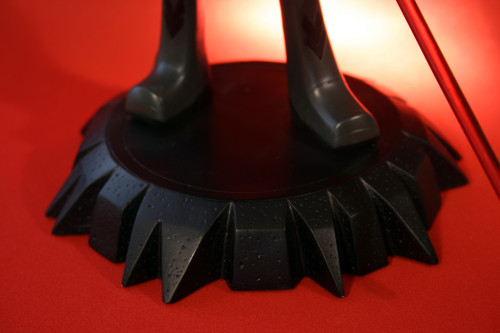 The character translates into the animated style in a very angular way that exaggerates his muscles and stature. His head is tilted upwards aloofly, giving us a good look at his squared jaw and chin. Not a lot of the original Maul actor, Ray Park, comes through in this style, but it’s a cool look for Maul nonetheless. The paints all are tight and accurate, as is customary for Gentle Giant. Similarly, the Force lightning looks great, presented in a translucent blue material. 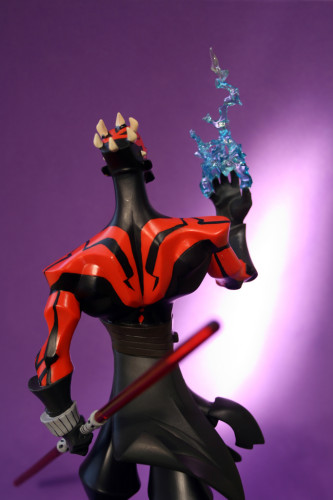 I definitely give this one a thumbs up, unless you’re a hardcore Star Wars purist. This isn’t exactly the movie version of Darth Maul, but it’s an awesome looking sculpture that will look great alongside the rest of the Star Wars Animaquettes. 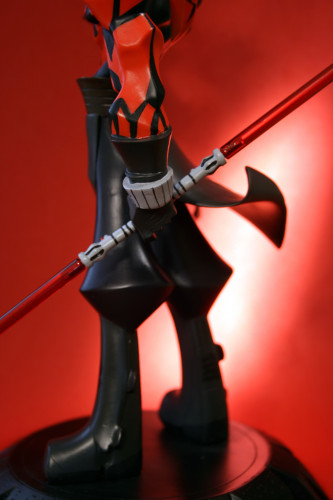 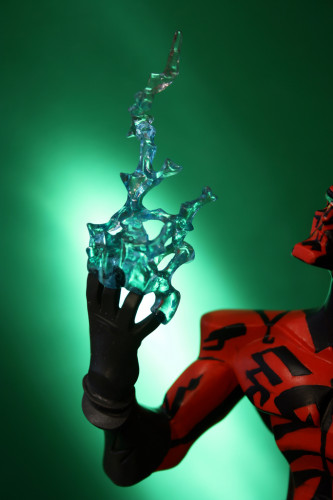 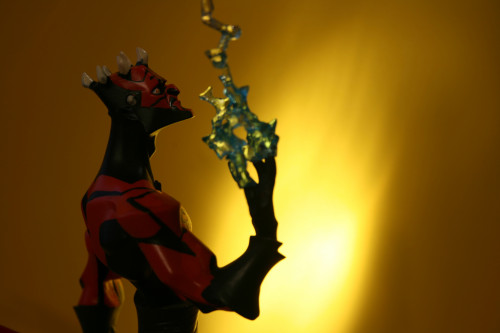 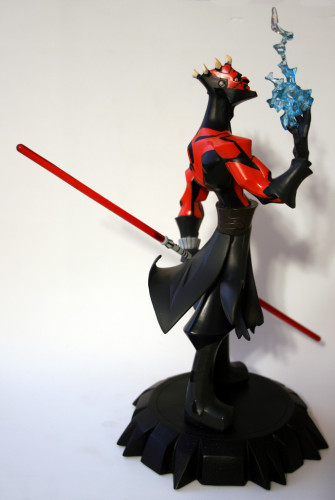 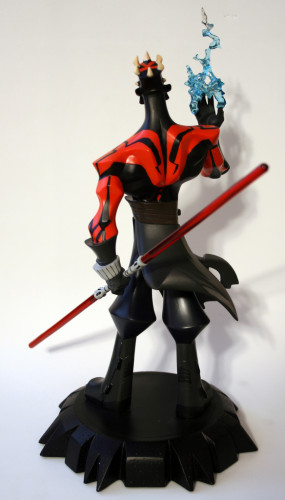 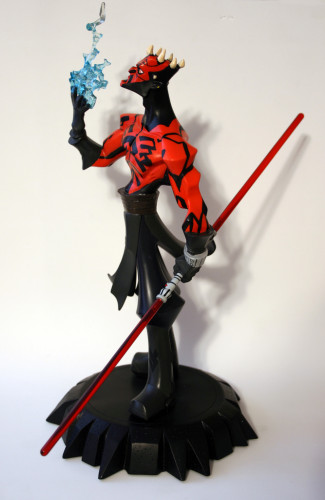 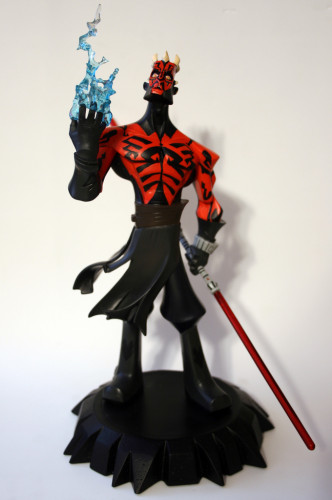 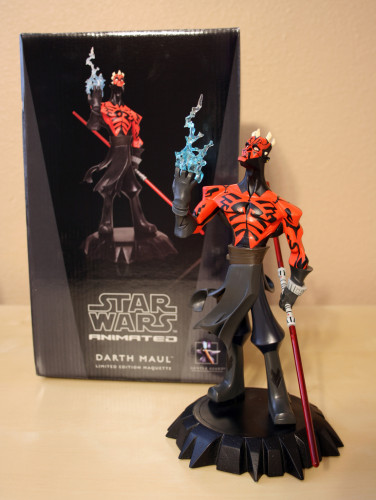