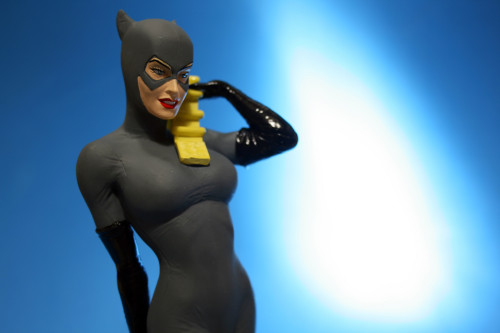 DC Direct’s Women of the DC Universe line consistently puts out awesome mini busts based on the most popular female heroines and baddies of DC Comics, along with a few slightly obscure ones as well. The newest release is anything but obscure as Catwoman makes her second entry into the series.

The first Women of DC Catwoman bust released featured Selina Kyle in her current costume with black vinyl and goggles, perched atop a Gotham Safe base, and was designed by fan favorite artist Adam Hughes. This new Catwoman comes from artist Terry Dodson and goes back to a more classic look for the feline fatale. Here she’s clad in the grey catsuit that will be familiar to longtime Batman fans, and she’s striking a suitably seductive pose with Batman’s cape and cowl draped across the base and Batman’s utility belt tossed over her shoulder. 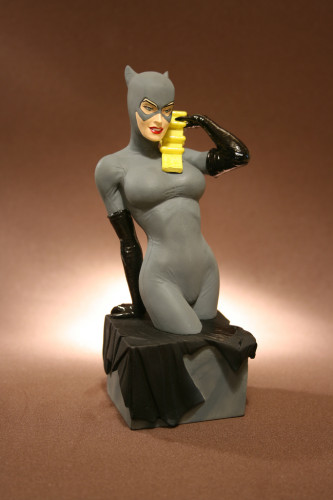 I really have nothing but praise for this bust, as it nails the character of Catwoman perfectly. The sculpt is gorgeous and playful, and the paints are tight and look great here. You’ll want to be careful with the cat tail, as it’s easy to accidentally grab when you’re moving the bust around, and it looks like it would snap off at the slightest pressure. After accidentally amputating my Black Canary bust’s fingers while photographing her, I’m now especially cautious around the Women of DC busts. 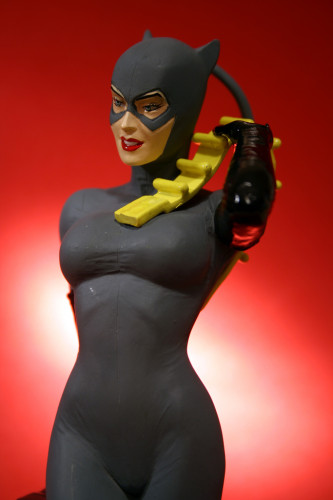 If forced to choose, I’d have to say the original Adam Hughes Catwoman bust is my favorite of the two, but that’s just because I dig the new costume a whole lot. Both busts are fantastic representations of the character, and there’s no reason you shouldn’t want to include both Catwomen in your collection. This one gets a big thumbs up from me. 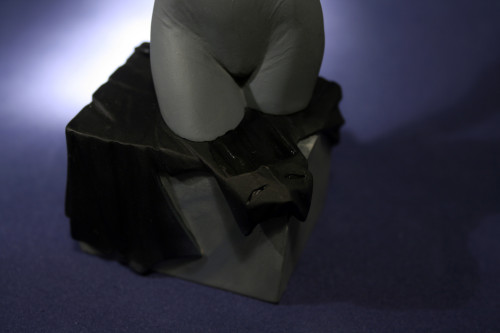 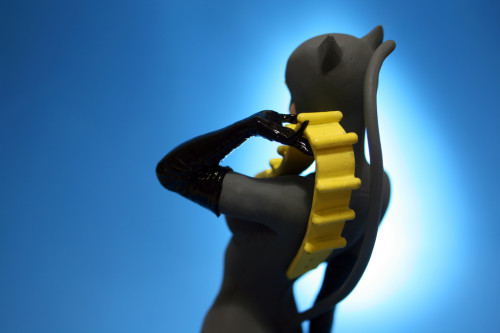 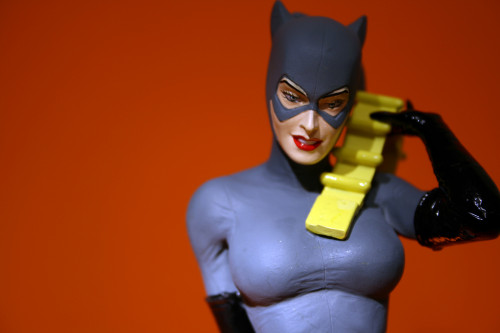 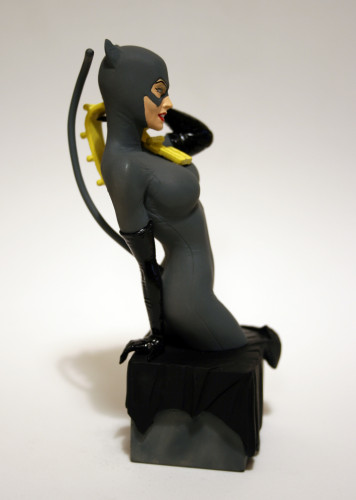 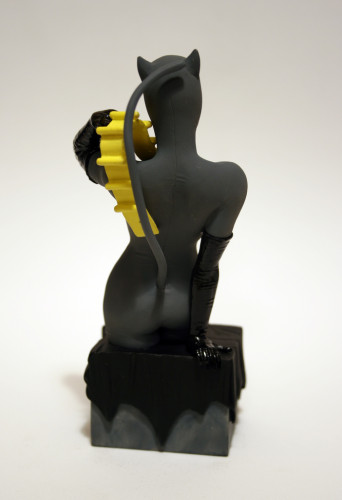 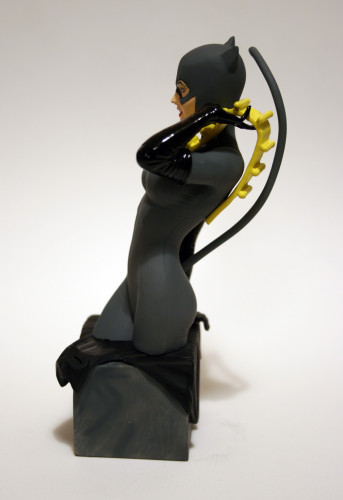 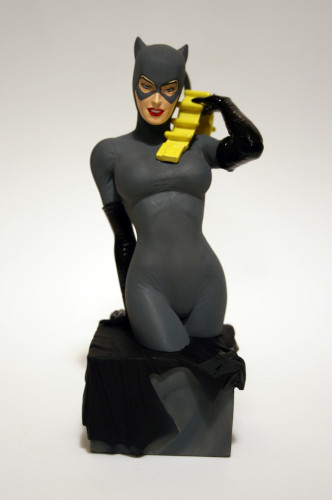 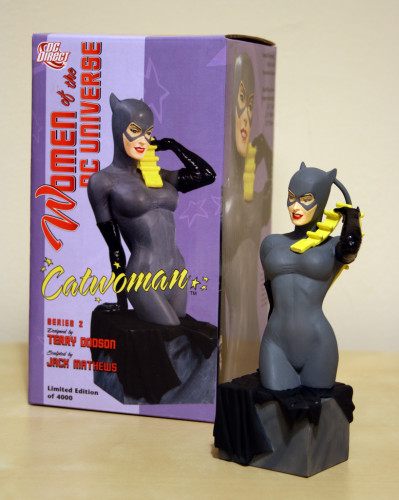