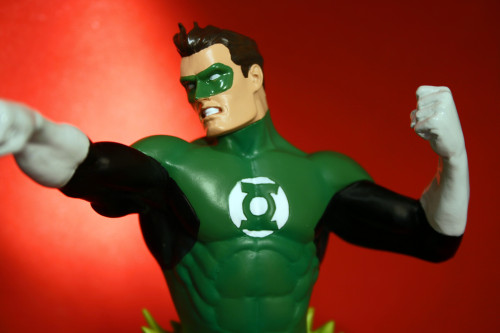 DC Direct’s series of mini busts incorporates its very first male character with the recently released Green Lantern piece. Here’s a look at the bust and how it measures up to the rest of the line.

DC has had a lot of success with their mini bust line that has run for the past few years, featuring heroines and villainesses based on the art of Adam Hughes and Terry Dodson. The line has been called Women of the DC Universe and showcased only the females of DC Comics. Green Lantern is the first bust in DC Direct’s new line of male mini busts, Heroes of the DC Universe. Vague sexism aside (the women of the DC Universe can’t be heroes?), this line of guys has an extremely strong start and looks to get even better. 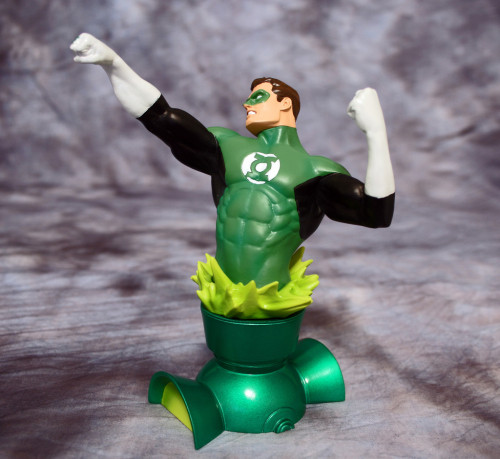 The Green Lantern chosen to kick of the new series is Hal Jordan. Just as all Doctor Who fans have “their” Doctor, I have “my” Green Lantern, and Hal is it. He’s the one I grew up with on the Super Friends cartoon, and he’s my go-to Lantern when I think of the character. This bust is an excellent representation of Hal, showing him posed heroically in mid-punch. 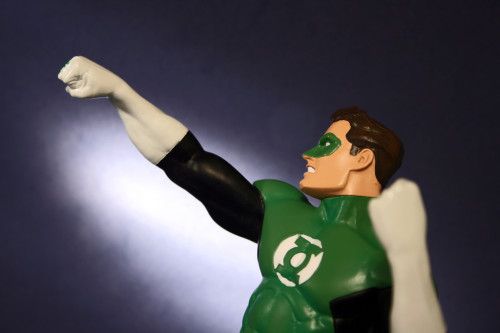 The sculpting and paints here really look great. Most of the female busts were similarly awesome, but I have heard of occasional misfires on which collectors would end up with a crosseyed Batgirl or a Donna Troy with messily painted hair. All the details are tight and accurate on my Hal Jordan bust, so my impression is a good one. The paint application on Green Lantern is flat, without any shading for musculature or definition. Having a little more paint detail wouldn’t be a bad thing, but he does look just fine with the flats. And in fact, leaving the paints flat gives him a little more of a comic book-y look. 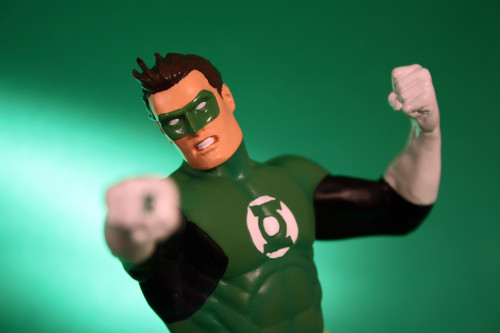 The base is a bisected Green Lantern power battery, a nicely unique and character defining choice. Some of the Women of the DC Universe busts have featured translucent resin on parts of the figurine or on the bust, and I think this one could have benefitted from a similar treatment for the green power blast coming out of the power battery base. It looks great opaque, but I think having translucence really would make it pop.

The Green Lantern bust stands around 5.5″ tall, in scale with all the previously released females. He’s limited to a run of 5000 pieces and definitely is worth adding to any DC fan’s collection. 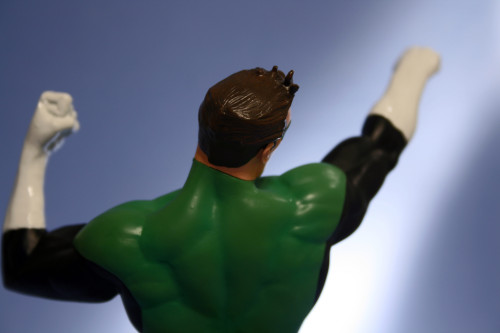 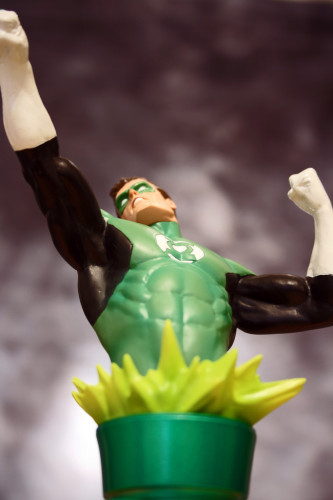 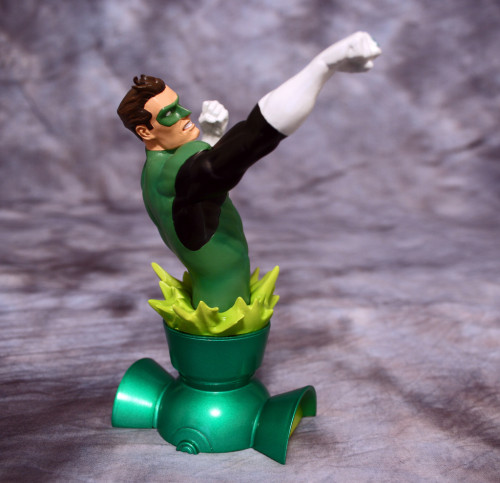 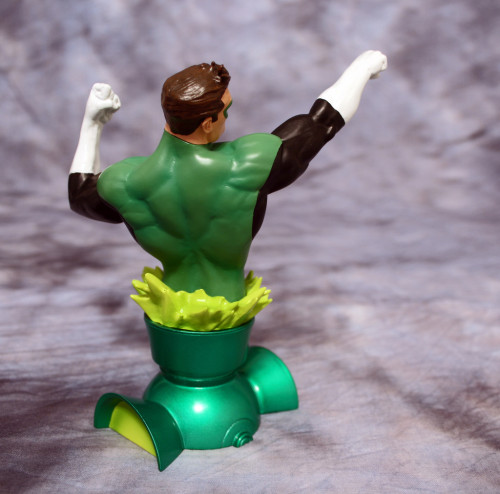