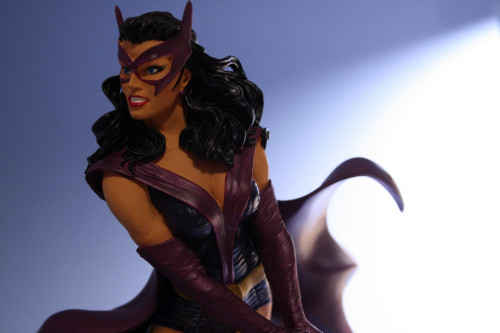 DC Direct continues to roll along with their Women of the DC Universe bust series, spotlighting the heroic and villainous females of DC Comics. The newest piece released in the line is the Huntress bust, and here’s my review.

Like the other recent releases in this line, the Huntress bust is based on the art of Terry Dodson (the previous series was based on Adam Hughes’ art). Honestly, though, the artists’ styles tend not to translate overly well into these busts. They almost always look great, but they usually just don’t look very recognizably Dodson-esque. Such is the case with this one. The Huntress looks really good here, but she just doesn’t remind me of Terry Dodson’s comic art. 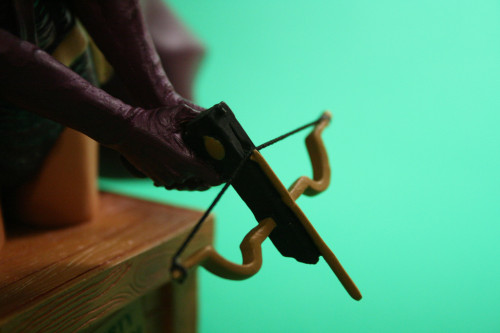 The Huntress is sculpted holding her trademark crossbow, cape billowing behind her. One thing I always enjoy about the Women of DC busts is the creativity that goes into the bases. This base is a crate that has “Property of Gotham Shipyard” on the side. These bases are nice touches on collectibles that very easily could cop out with plain black bases like most other companies and lines deliver. The sculpt and pose come together very well, and the half-turn and blowing hair and cape make for a good action pose. 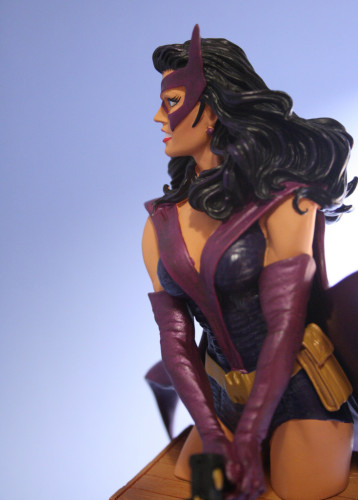 The paints are decent on this bust, but they aren’t perfect. There are a few places on mine where the skin color bleeds onto the edge of the hair or costume, which is a common problem in this bust line. There’s also a spot on her chest where it looks like the painter just missed a groove. It’s a little annoying when examined up close, but it’s not enough to ruin the piece. And as these are hand painted, what’s not perfect on mine might be just fine on another. 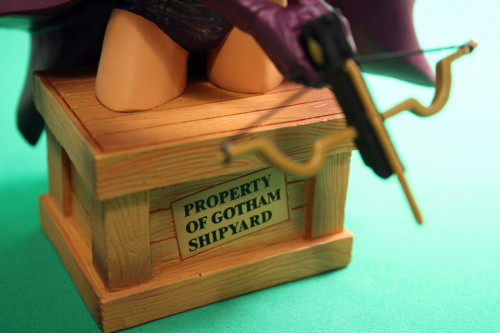 Overall this is a nice addition to the Women of DC line, and it’s one of the final characters to be featured before DC Direct shifts gears and starts featuring the male heroes. I’ll be reviewing all the remaining busts in the Women line, and be sure to check back for reviews of the Heroes of the DC Universe busts once those hit stores. 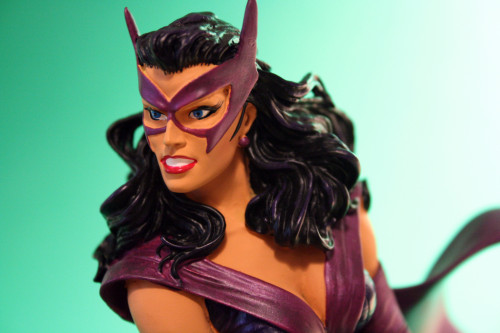 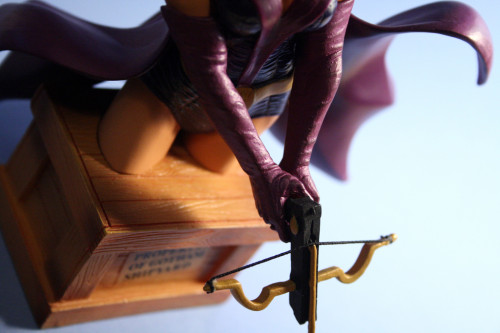 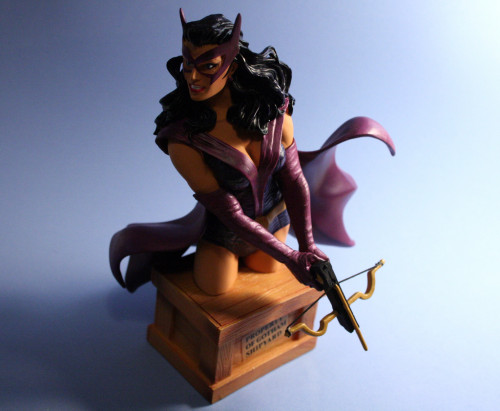 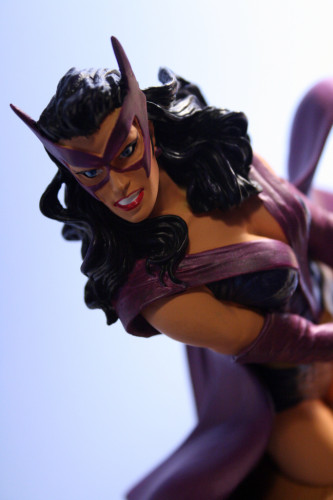 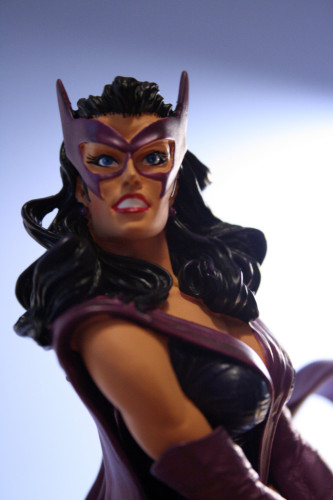 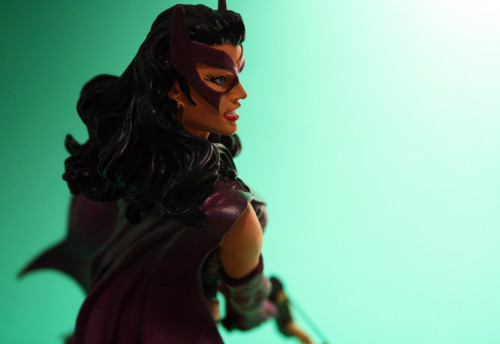 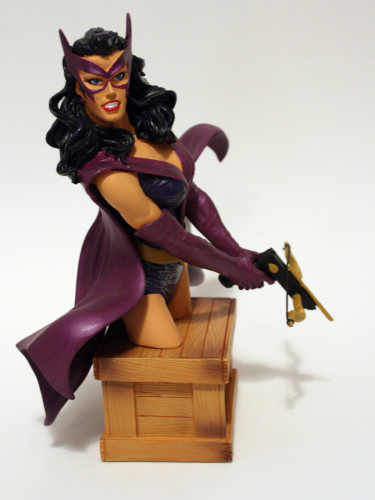 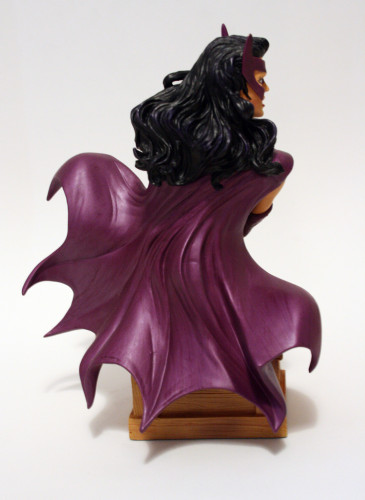 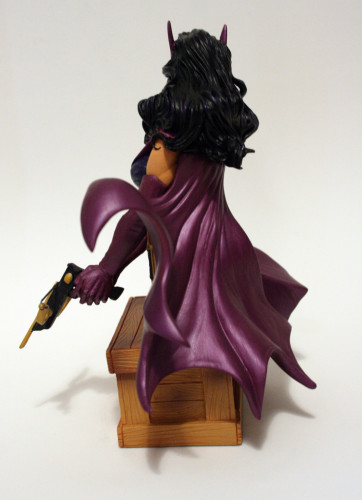 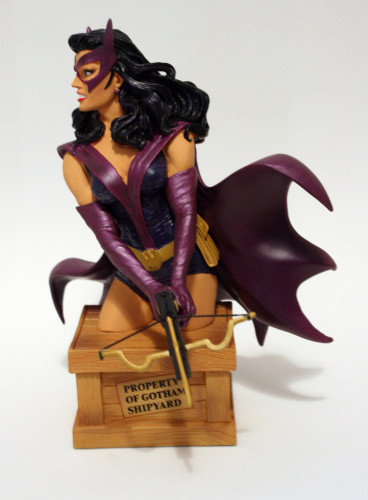 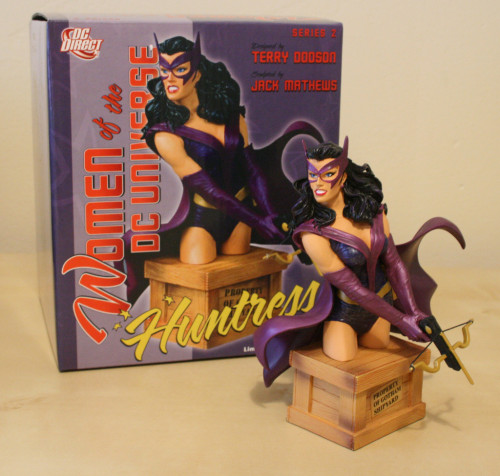