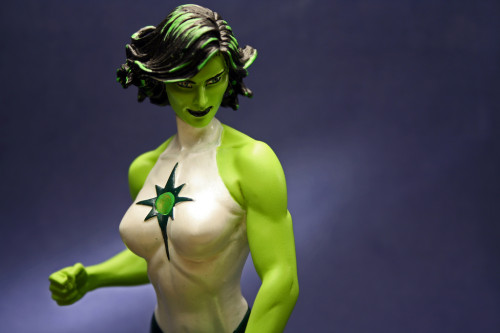 DC Direct’s Women of the DC Universe bust series continues this week with the release of Jade. Here’s my review with photos.

Jade is a character I don’t know a whole lot about, aside from her being involved in the Green Lantern mythos in some way. Familiarity with the characters doesn’t matter a whole lot for me, though, with this series of busts, as I’m completely won over to the point of collecting them all. This second series continues to feature heroines and villainesses based on the art of Terry Dodson (the first series was inspired by the art of Adam Hughes). 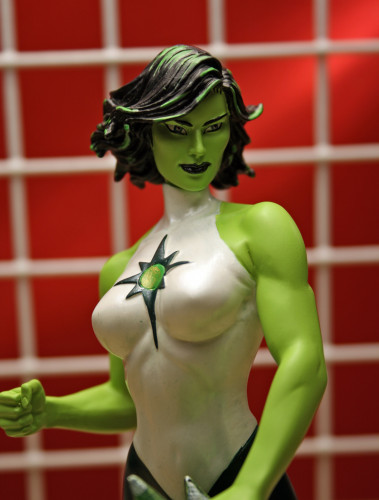 Jade stands in scale with the rest of the pieces in this line, clocking in around five and a half inches tall, from the bottom of the base to the top of her head. She’s dynamically posed, turning with one hand fisted and the other conjuring green energy. Some of the busts in the Women of DC series really look good from only one viewing angle, but Jade shines from all sides. I’m very pleased with the way this one turned out, and even though I don’t know a lot about the character, the collectible is one of my favorites from the recent entries in the line. 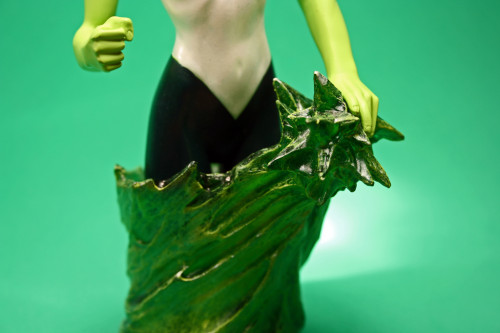 I’ve found that DC Direct statues tend to have very tight sculpts and generally excellent paintjobs, and that’s definitely the case here. Occasionally these busts have had issues with the paints from the face bleeding into the edge of the hair or vice versa, but all the colors stay where they’re supposed to be on this one. From the shading in Jade’s hair to the detailing on her face to the musculature to the sculpted and painted emblem on her chest, this is a great little collectible. 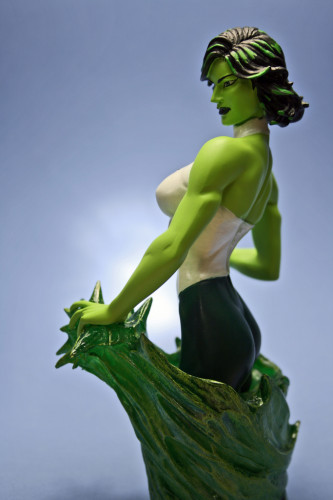 My complaints about this one are few and far between and have more to do with some design choices than with the implementation and final product. Jade’s base is shaped and painted to resemble green energy flowing around her. I think the effect would have shown through better if DC Direct had gone with a translucent material for the base like they did with the Starfire bust, rather than with the standard resin they used here. Additionally, I wish the base were a little wider at the bottom. A few of the Women of DC busts have proportionately small bases, making me worry that they’ll tip over easily (these gals definitely tend to be a bit top heavy). I don’t think that’ll be a huge risk with Jade, as the only one I’ve actually had topple was the Donna Troy one, but I’d still prefer if they’d erred on the side of caution. 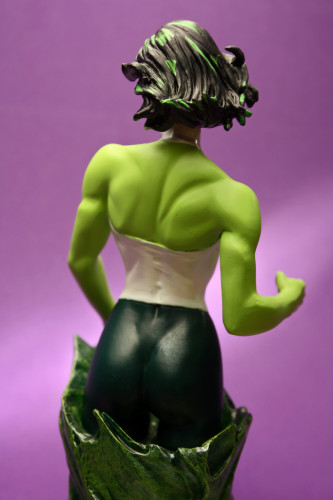 Overall this is a great collectible for DC fans or Women of DC completists. Jade is limited to 3000 pieces and is in stores now. 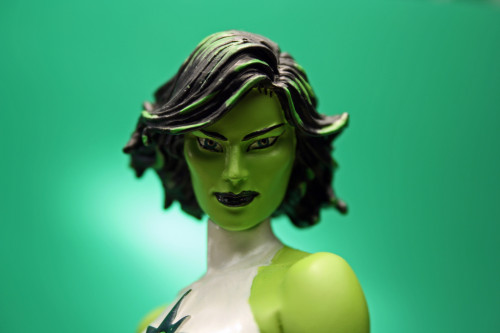 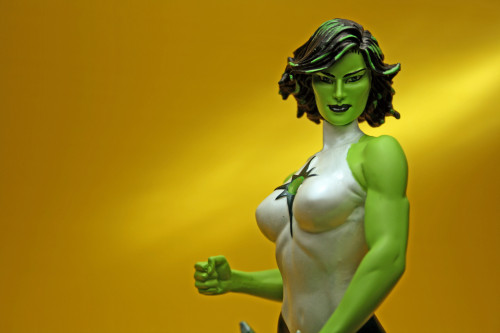 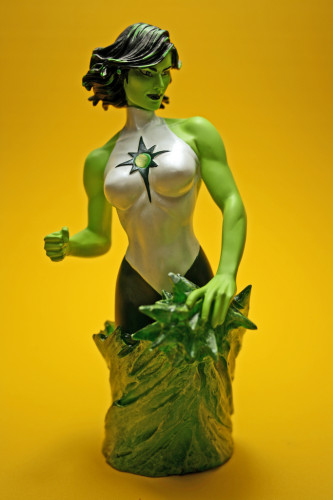 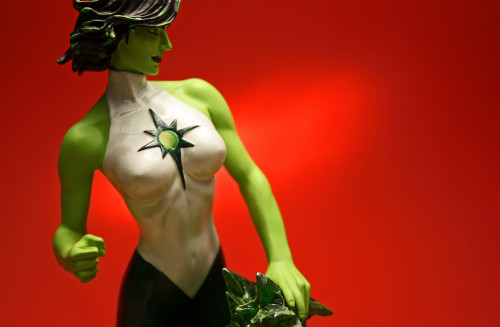 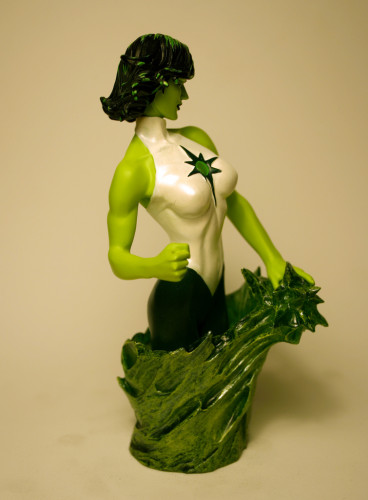 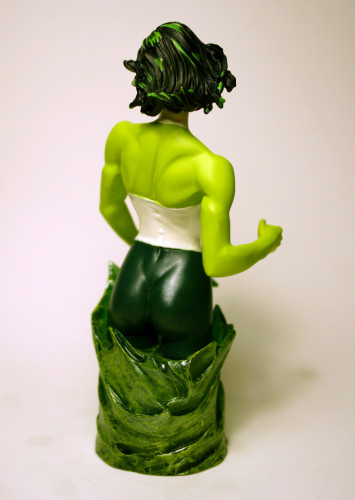 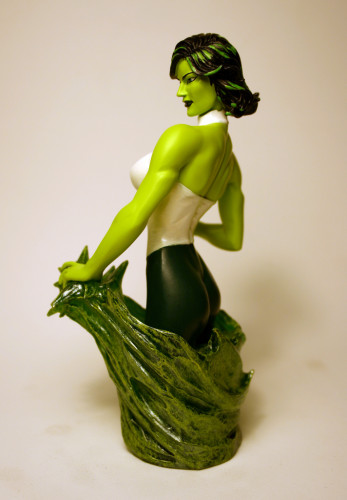 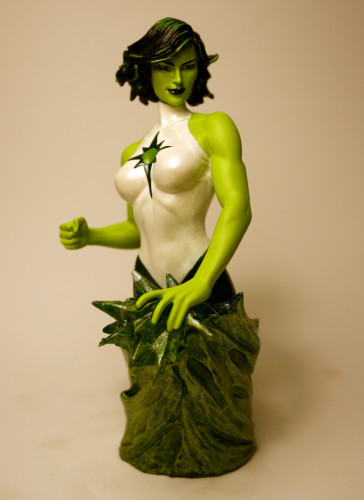 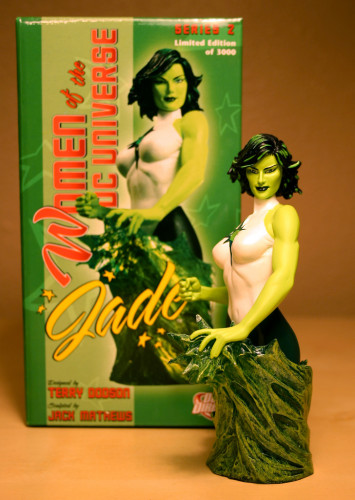