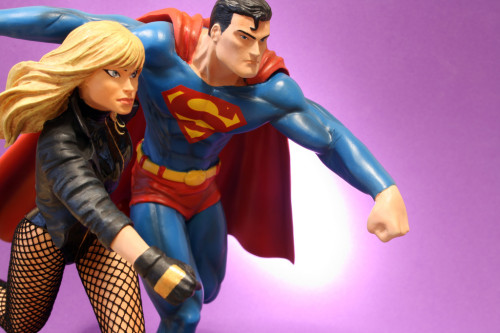 The JLA Build A Scene statue series continues with this second release, featuring Superman and Black Canary. Here’s my review, with photos.

This series of three statues is based on a piece of art by artist Ed Benes, featuring the members of the Justice League in full-tilt run. The bases of the three statues being released will fit together to form one big piece, and each of the parts comes with a piece to build the Red Tornado figure, which eventually will loom from behind, over the other figures’ heads. The first Build A Scene released featured Batman and Wonder Woman, and this one has Superman and Black Canary. DC Direct chose to release the middle piece first, followed by the ones on the sides. 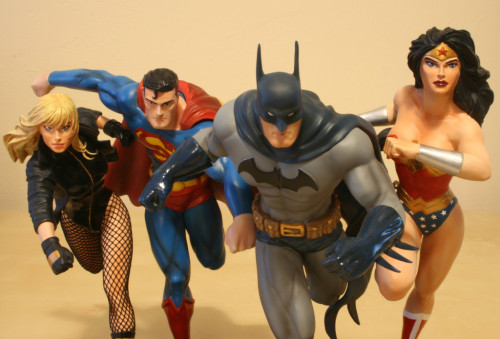 I had a lot of love for the first piece in the series, and the second one is very nearly the same. These are very good representations of the characters, and as with most of DC Direct’s recent statues, the paints and sculpts are universally tight and dead-on. Superman is sdepicted with his cape billowing behind him, while Canary’s jacket flaps out to the back, creating a great sense of movement. This piece fits onto the side of the Batman and Wonder Woman one so that Superman and Black Canary are staggered slightly behind the first two figures. The third and final release will have Green Lantern and Flash on the other side of the original piece, similarly staggered. 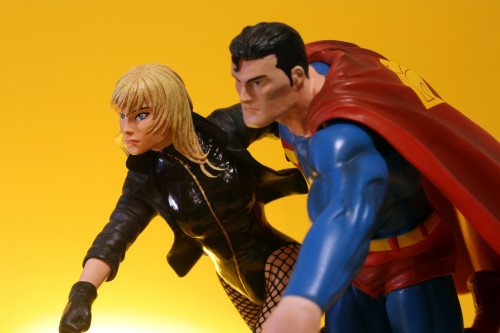 My only complaint about the Part 2 statue is a curse that comes from a blessing. DC Direct opted to make Black Canary’s fishnet stockings out of actual netting instead of trying to sculpt and paint the intricacies. They did the same thing for the Black Canary mini bust in the Adam Hughes line, to great success. Here, it looks great from the front and sides, but if you look at the statue from the back, you’ll see big and unsightly seams running up the backs of Black Canary’s legs. I took a closeup shot to show you how this looks. It’s an unfortunate consequence of an otherwise clever design decision, but it probably won’t be a problem for the majority of collectors who will just display the statue head-on. 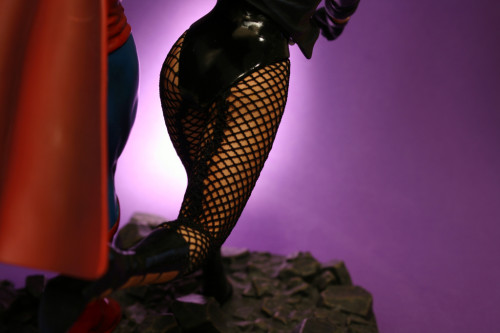 This second piece comes with Red Tornado’s torso and arms, which plug into the previously released tornado base via a peg and hole. The third piece that is coming soon will provide the last part to the Red Tornado, his head and cape. It’ll be nice to be able to display the guy in his entirety after months of just having bits and pieces of him sitting around in my display. 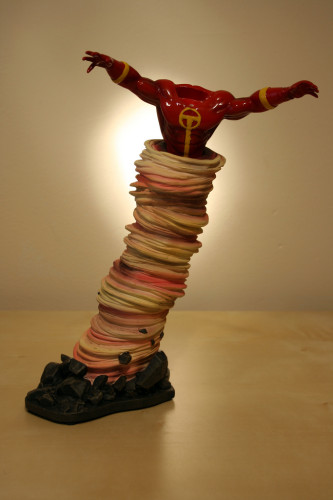 I don’t collect a ton of DC, aside from the Women of DC busts and a few other odds and ends here and there. I jumped at the chance to get these Build A Scene statues, though, because I really think the resulting piece is going to be a very definitive Justice League collectible. There hasn’t been a statue of this quality to collect this range of DC heroes in one diorama before, and I definitely give the concept and the execution a huge thumbs up. 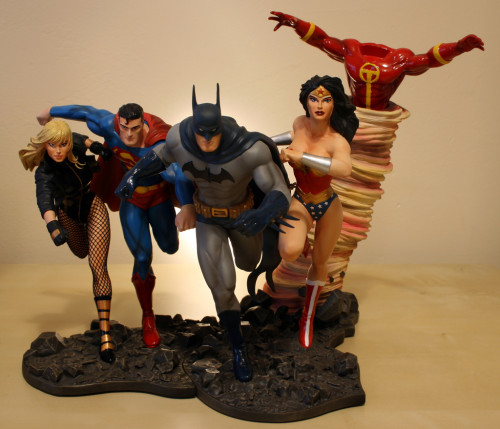 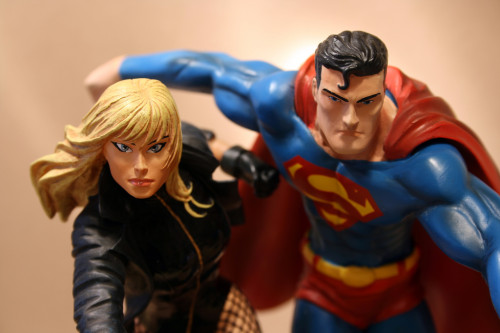 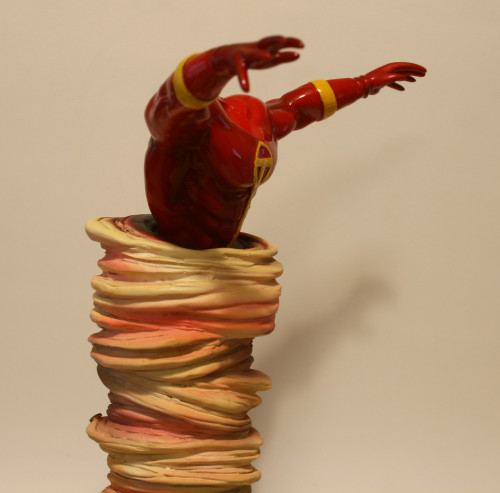 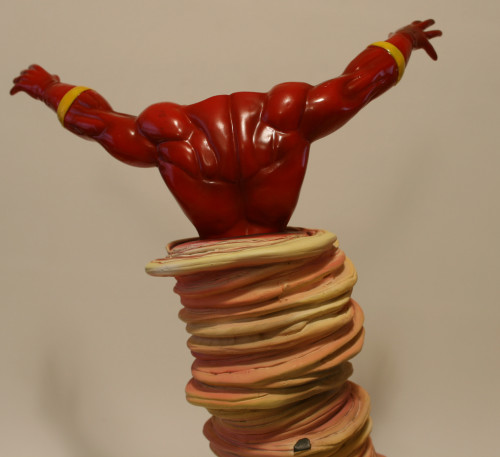 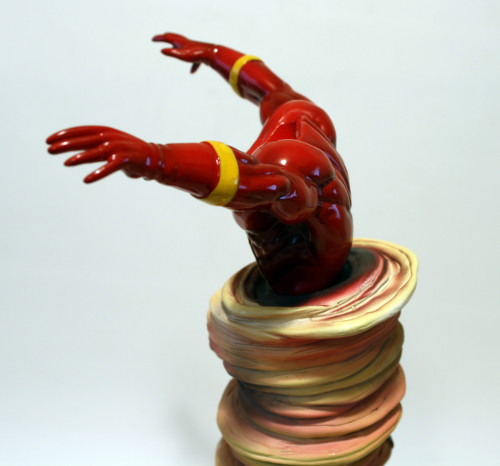 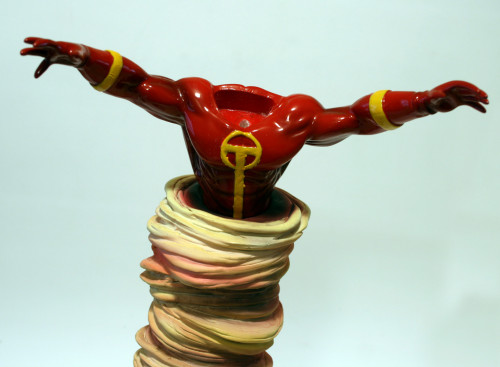 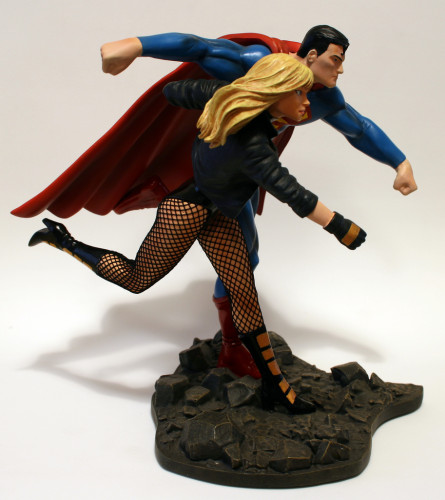 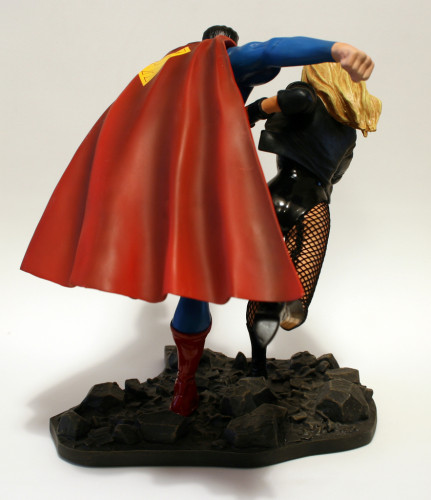 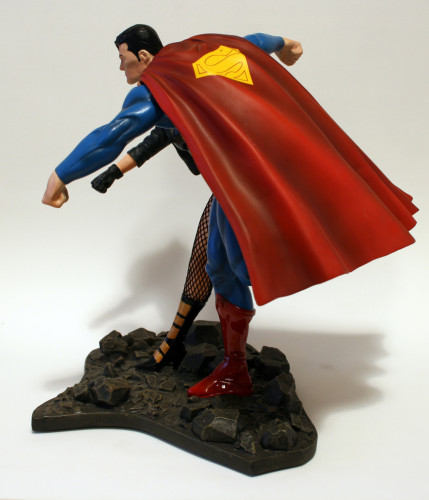 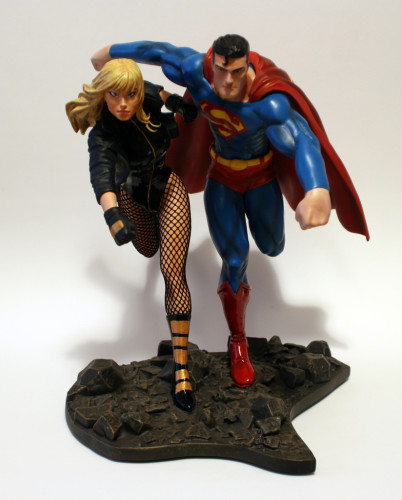