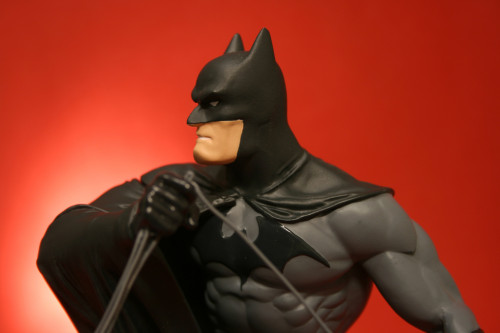 Just a couple of weeks ago I reviewed the Green Lantern bust from DC Direct’s new Heroes of the DC Universe line. Now the second piece is in stores, and it’s none other than the Dark Knight himself, Batman! 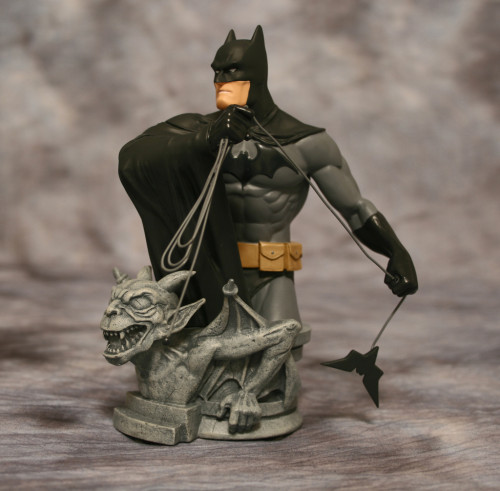 Based on the art of Carlos Pacheco and sculpted by Jean St. Jean, the Batman bust is in scale with the Green Lantern, as well as with all the previous Women of the DC Universe busts. This piece is limited to 5000 pieces and depicts Batman with his bat grappling hook in hand, about to hurl it onto some building of Gotham. This is a quintessential representation of the DC comic book version of the character, clad in hisgrey and black costume with the trademark yellow utility belt in tow. 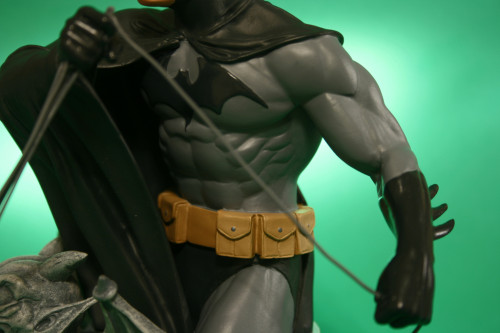 The sculpting and paints are as tight as always. In my Green Lantern review, I commented that the paints on these busts are flat and unshaded, and that’s how the paintjob is on the Batman as well. While some painted definition of musculature might look good, I don’t think the lack of shading is a bad thing at all for these collectibles. Leaving the paints flat as they are lends the busts to look more comic booky and less like an attempt at translating the character into the real world. These are classic comics characters, and they look fantastic with the less intricate paints. 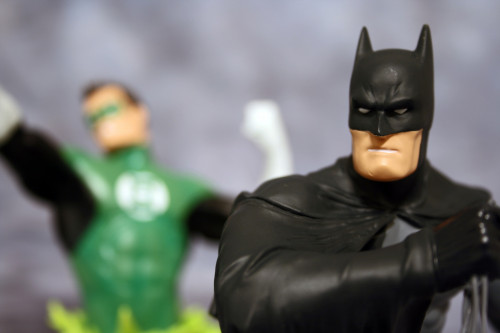 Batman’s base is a gargoyle, no doubt crouched on some Gotham rooftop. DC Direct almost always does a stellar job on these bases, which often lend the needed touches or details to make a previously acceptable bust outstanding. This gargoyle looks great and is painted with a marbleish concrete texture. 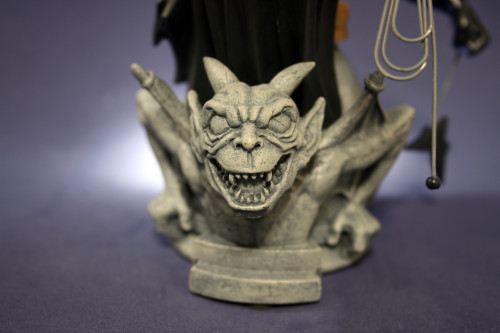 The grappling hook Batman is holding looks great, but I’m a little underwhelmed with the “rope” it’s attached to. The rope is comprised of a stiff wire that looks like it might be bendable but proved pretty sturdy when I gave it a little pressure for testing. I have no doubt that the bust’s hands would break off if I tried to bend or pose the rope. That’s a shame, because the default positioning of the rope is rather stiff and unnatural. I’d like to be able to move it to a more believable or dynamic pose. 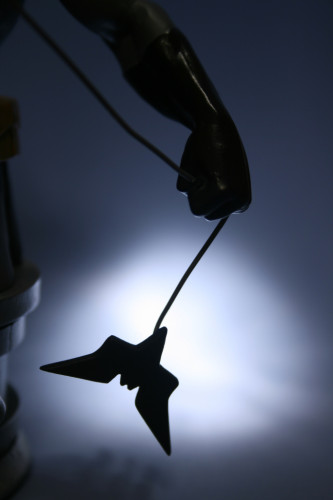 Minor nitpicks about the wire used for the rope aside, this is yet another great collectible in DC Direct’s ever growing series of 6″ scale busts. The next two upcoming in the series are Superman and Darkseid (shouldn’t he be in a “Villains of the DC Universe” line instead?). 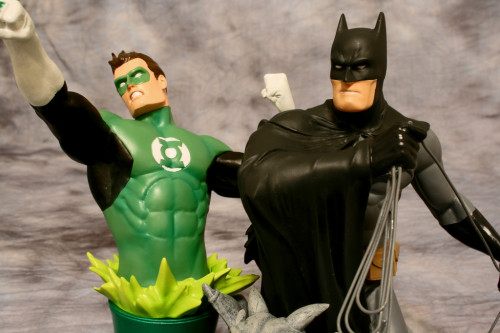 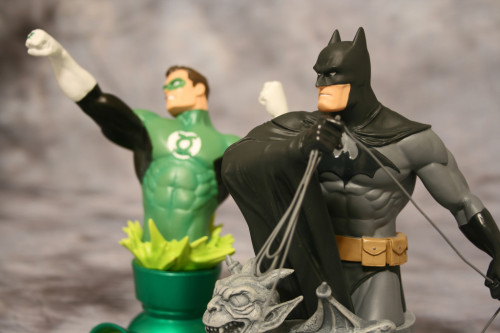 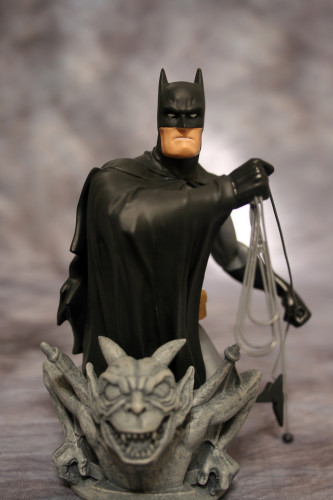 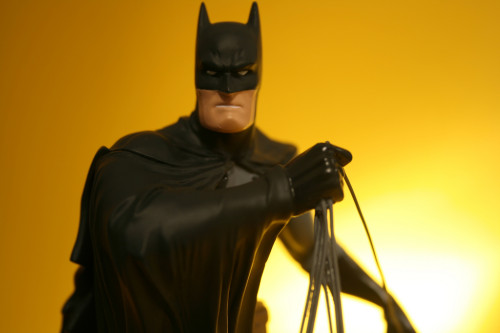 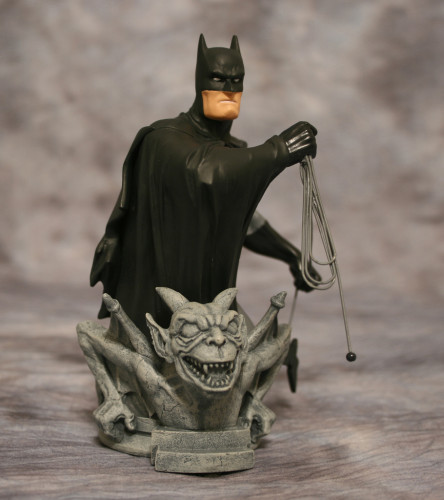 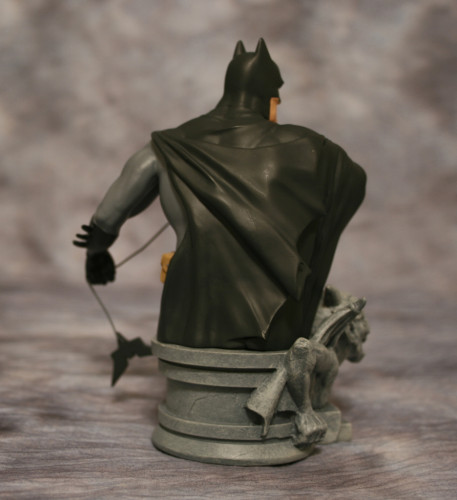 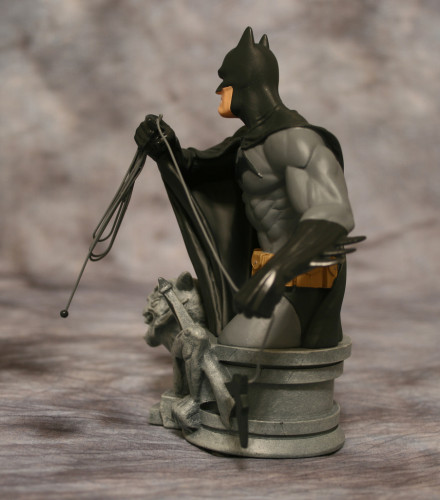