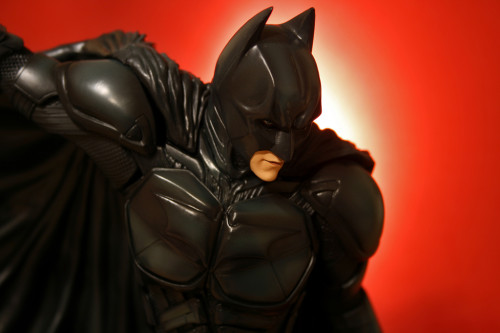 I recently was sent the Batman statue from The Dark Knight, produced by Kotobukiya, to review. It’s a very interesting piece and different than most statues in my collection. Here’s the review with photos.

This collectible from Kotobukiya shows Batman as he appears in the Christopher Nolan films, dressed in the batsuit that has become familiar via Batman Begins and The Dark Knight. Batman is poised to attack, standing atop the batsignal light with his cape billowing to the side and behind him. This is a pretty sizeable statue, measuring around 14″ from the bottom of the base to the top of the cape. 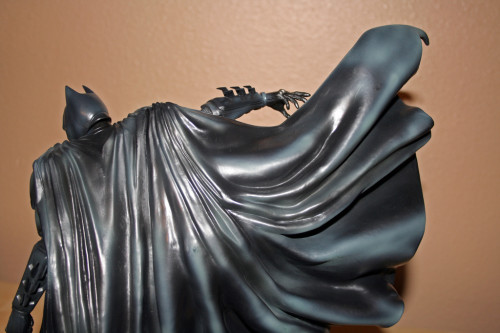 There’s a lot of really good detailing here, from the cracks in the top of the batsignal to the ribbing and seams in the batsuit to the texture on the unarmored part of the costume. The outfit is very nearly all black, but the statue is painted in shades of blueish grey that lend a lot of depth to the composition. It’s hard to judge the likeness, as the only part of Batman’s face really visible is below his nose, but it’s clear that they were going for a Christian Bale look here. 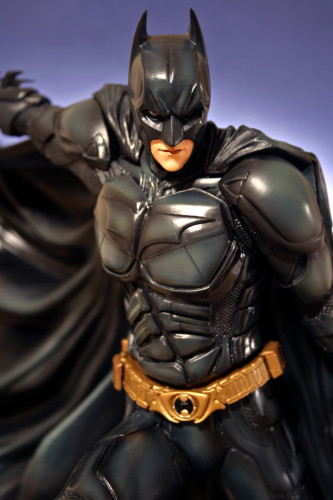 Overall I love this statue and even have it standing atop the hutch above my monitor. My only quibble is with how this one comes packaged. Rather than shipping as one full statue, Batman comes packaged in pieces that you have to assemble like a model. Unlike a true model, there aren’t nifty fittings or constructions that make you feel clever; it all just goes together in a very obvious and plasticky way. In fact, the pieces all are packaged in the configuration in which they’re supposed to be assembled, just disconnected from each other. It seems a bit pointless to me, especially given that some of the pieces took quite a bit of force to shove together. I’m not a fan of the build-it-yourself models unless they’re a little more clever or complicated than this. This one just seemed like deconstruction for deconstruction’s sake. 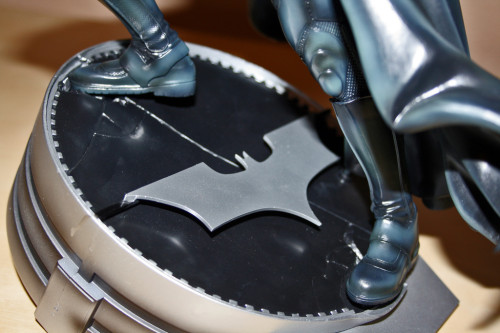 Building annoyances aside, I definitely can recommend this one to any Batman fans. It’s a quintessential look for the modern cinema version of the character and would be a great representative piece if you wanted just one statue from the Nolan films. 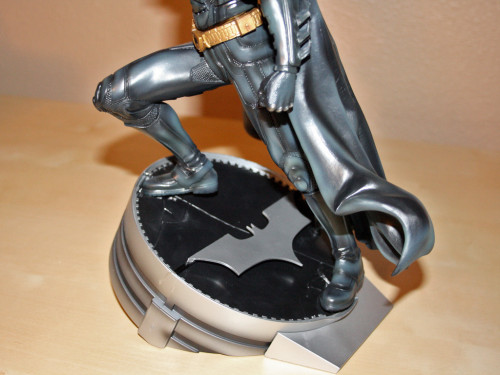 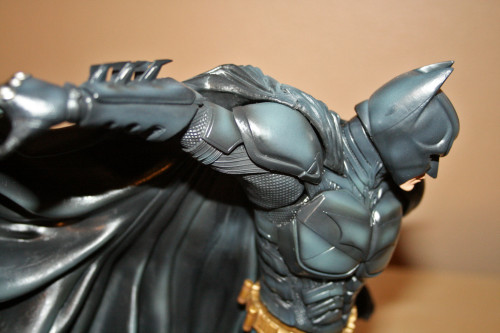 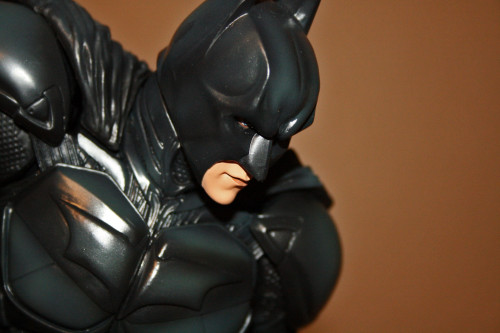 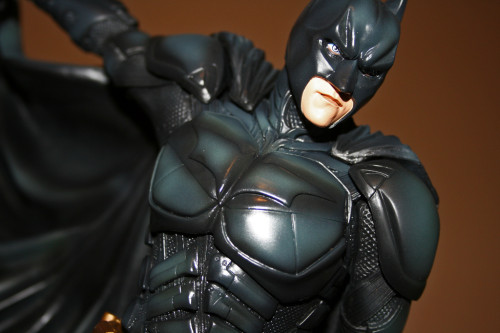 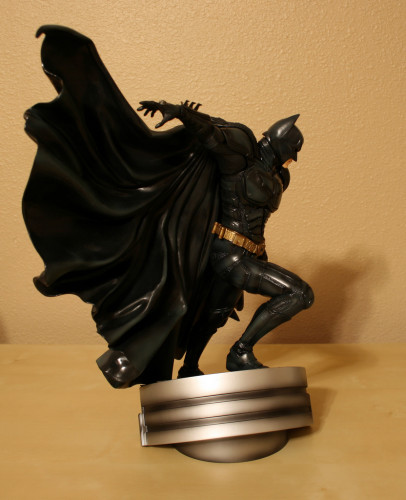 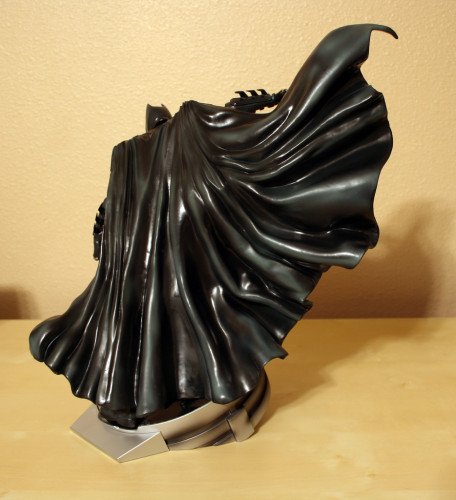 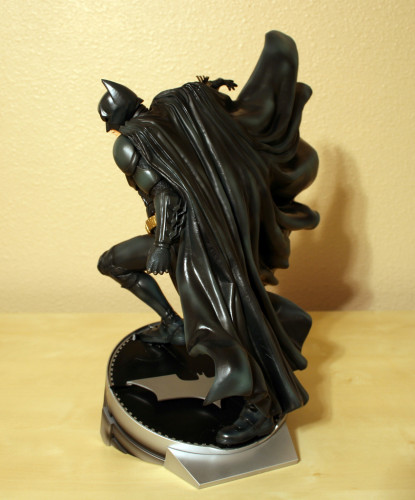 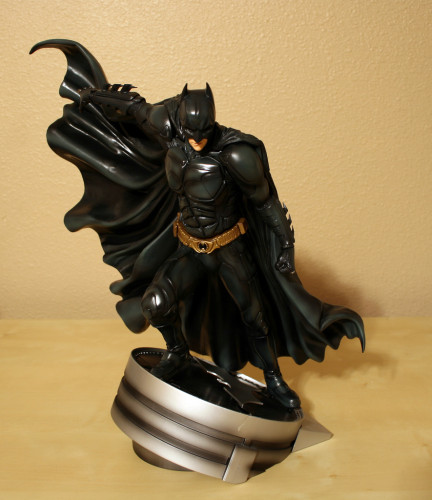