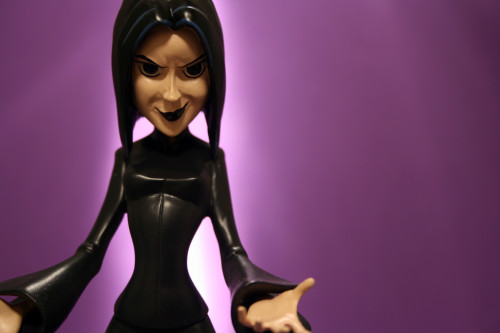 I am an insanely devoted Buffy the Vampire Slayer fan, so it should come as no surprise to anyone that I’m collecting Electric Tiki’s entire line of animated Buffy statues. The newest release in the series is Dark Willow, and here’s my look at this incarnation of the geek gone bad.

Dark Willow is the fourth statue in Electric Tiki’s Buffy line, but she’s just the second character featured. The previous releases have been Buffy from the musical episode “Once More With Feeling,” Buffy from “End of Days,” and Willow from “Tough Love.” They’ll be adding a unique character to the line with the next release, Glory, but I don’t think anybody minds having just one more Willow before then. 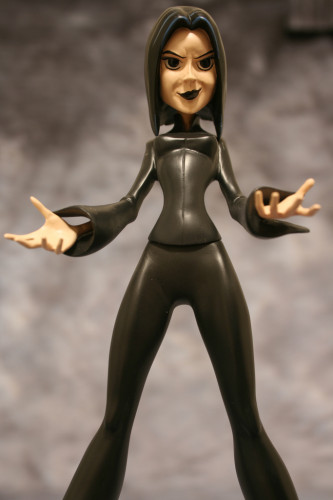 The pose and overall look of this piece is very similar to the previously released Willow. She is depicted levitating on swirly magic mists, her hands extended downwards, likely about to unleash some sort of unholy incantation. Dark Willow’s basic costume design isn’t an incredibly visually interesting one; it’s just a black shirt with black pants. It’s hard to get too excited about that, but the Tiki folks still manage to toon it up appropriately. 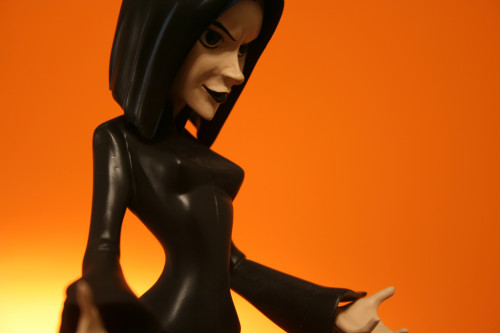 Dark Willow’s head sculpt is markedly different from the “Tough Love” Willow’s. Her hair is straight, and her face definitely conveys malice, complete with frowny brows and a malicious smirk. It looks fantastic, and my only quibble (and it’s a super minor one) is that I wish they’d painted her face to be evil-veiny like it was in the TV show. Without the veins she’s still Dark Willow, but she’s just a little less elementally and wickedly twisted. 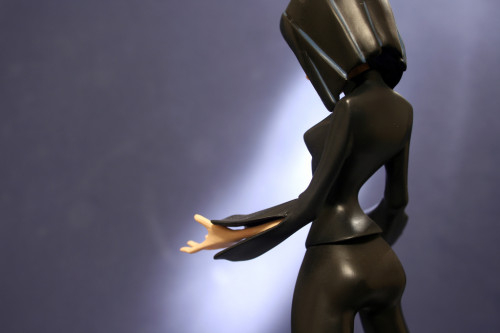 The base is essentially the same one that came with the “Tough Love” Willow. It’s oval shaped and deco’d with a stony texture, surrounded by an ornamental “wooden” ring that stylistically matches the bases on both of the animated Buffy statues as well. The magic tendrils coming up from the base are translucent and really look gorgeous. In the original Willow’s base, the tendrils were pink, but here they’re blue, perhaps to match the zappy lightning Willow shot out when she had this look on the show. The tendrils support Willow’s feet to make her appear to levitate without the use of the usual pin-and-hole method to secure the statue. The result is that she feels sturdy and looks great. I still wouldn’t bump the shelf she’s on, though, lest Willow take a header into my DC Universe bust collection. 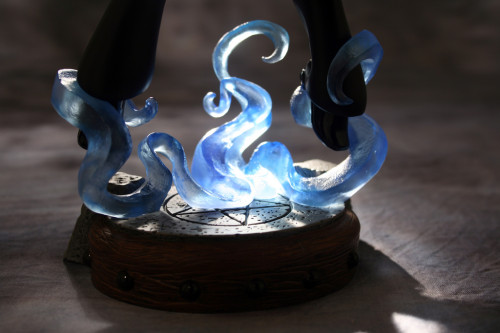 The Dark Willow animated statue stands about 9.5″ tall, from the bottom of her base to the top of her head, and she’s limited to 750 piece worldwide.