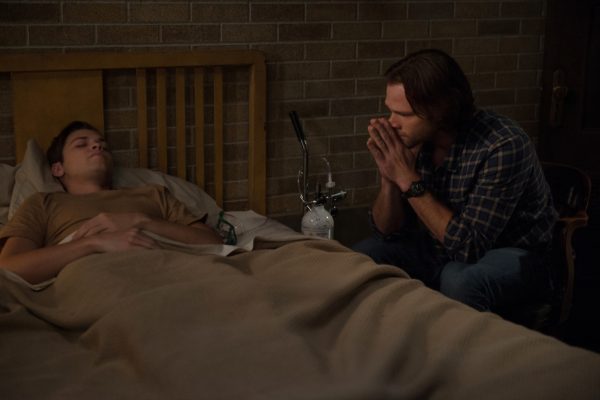 A death that cannot stand and a promise that will have deadly consequences. This episode of Supernatural was full of emotion and despair, that often times left me saying “no, you have to fix this!” I hope the boys can indeed fix this and all the problems that are coming to their door.

I cannot deal with Jack dying. I’ve mentioned it before, and it’s very clear that his fathers are in the same mindset. Sam’s depressed, Dean’s angry, and Cas is lost.Even when he’s dying, Jack tries to comfort them, but in the end they had to accept the end. It was an emotional process of grieving and denial when Jack finally passed. Between Sam breaking the ax when he was trying to build the funeral pyre and the three of them sharing stories about Jack well into the night, the end result was that they would do anything to get their son back. 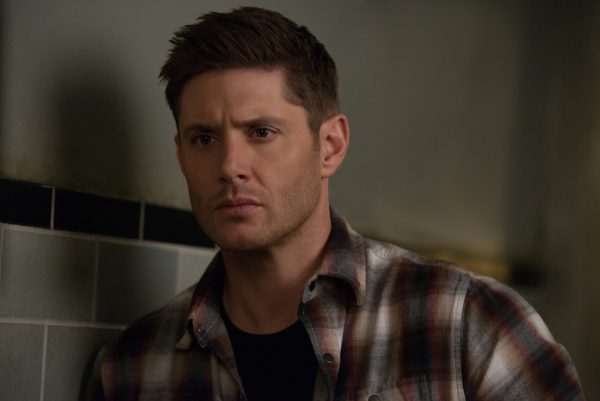 The key to this revival all rested on the shoulders of Lily Sunder, who got really old really fast. She’s given up on trying to use her magic, she wants to die and be with her daughter again. But to do that she needs to make sure she gets into Heaven, which is not looking likely after the amount of angels she’s taken out. That’s why she wants the trade. If the Winchesters can help her get into Heaven, she will use her magic to get their boy back to the land of the living. Good plan, but not foolproof. God can’t change her fate, and neither can Anubis. It’s up to Lily to do that, and thus far her actions have not proven to be able to balance the abacus in her favor. 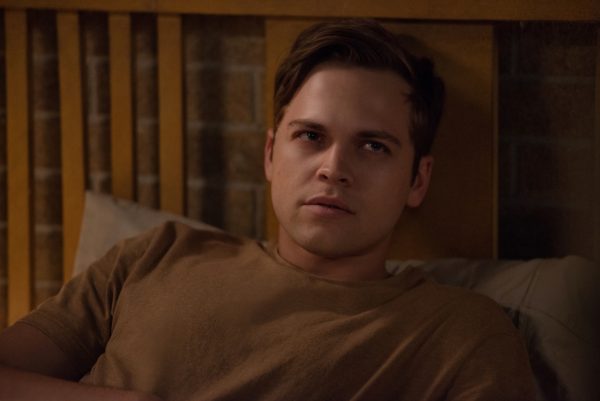 Meanwhile, Jack was having his own journey through death and acceptance. It was wonderful to see that Jack’s Heaven was on a hunting trip with Dean, Sam, and Cas. Then he got to see his mother’s Heaven, and bond with her a little more. Too bad the looming Shadow of the Empty was disrupting all that peacefulness. And Cas knew something was wrong, too, as angel radio sounded a distress signal. When he finally finds Jack, although happy to see him, the danger is imminent. And Cas unknowingly brought it with him in the form of Dumah. It would be much simpler to just let the Shadow take Jack, even Naomi thinks so, but Cas is not going to let his boy go without a fight. And, in a final act of sacrifice, he offers himself up in Jack’s place. That’s a deal too tempting for the Shadow, and it will come to fruition when Cas least expects it. 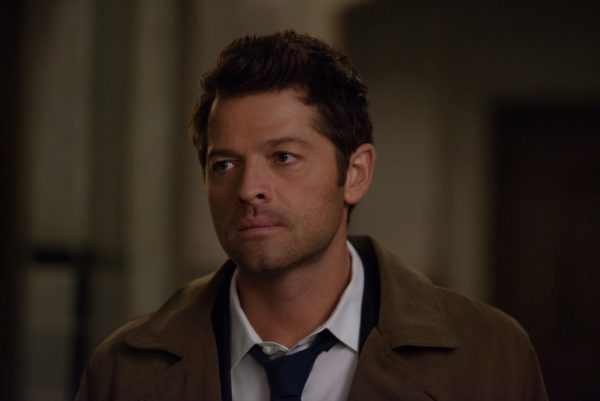 This episode was about sacrifices throughout. When Lily had no motivation to do the spell, since it wouldn’t change her fate, she almost left. But Dean finally got through to her and she used all her power to bring Jack back. Wonderful that their boy returned, even though it was at the cost of Lily’s life. But all was not lost, because Lily’s sacrifice actually changed her eventual fate and got her into Heaven. All turned out well on that front, even if Jack and Cas have to keep the secret of Cas’ eventual fate. Cas got his boy back and he got the location of Michael, so the immediate benefit was good for them. Hopefully they can save Cas when the time comes, but that’s a future worry. There’s too many other things going on in their lives now to focus on it yet. But the four of them are together again and they can face Michael with a united front. May they succeed!