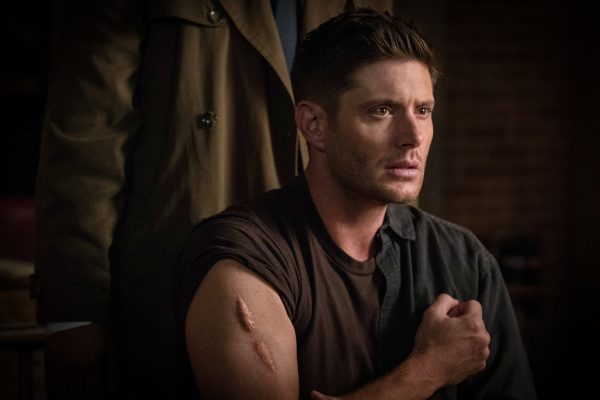 Dean’s back, but not quite? There are still a lot of questions surrounding his return, as well as what the future holds for the rest of the bunker’s occupants. I’m hoping the payoff makes it all worth the twists and turns we’re sure to go through.

So, Dean has returned and he’s no longer possessed. My hope for a Trojan horse situation has, so far, proven false. However, there is still the question of why Michael left him in the first place and what damage he’s left behind. Dean, the champion of burying his pain deep, has been affected by the possession. As he finally admitted, it wasn’t just a blink-skip from saying yes to Michael to having the archangel leave him behind. No, Dean was feeling as if he were drowning and unable to break free the entire time. And now that he’s back to himself, he’s drowning all over again with the knowledge that, whatever damage Michael causes, it’s all on Dean. He’s the one that said yes and allowed Michael to wander around our world. And he’s the one who must work to stop Michael before our world is destroyed. 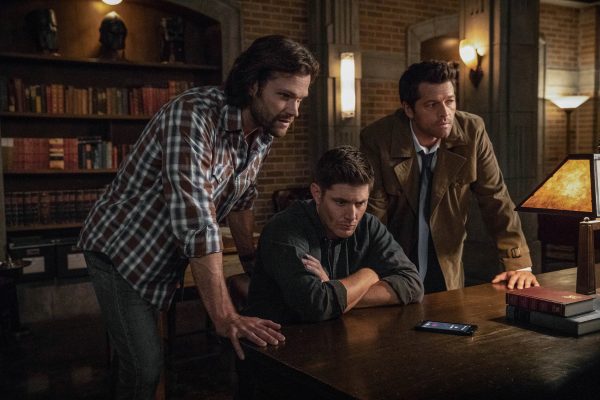 Added to that is the other visitor from an alternate dimension that has made their way over — Other!Kaia. She’s able to wield damage on an archangel, as evidenced by the scar she left on Dean’s arm, and she’s being constantly pursued by his monster minions. I love that they brought her back and helped continue that storyline, despite Wayward Sisters not getting picked up. And that means we got a chance to see Jody deal with the situation as well. She didn’t know Kaia long, but she already came to see her as another adopted daughter. To be confronted with not only a person who has the same face as the dead girl, but also have to deal with the fact that Other!Kaia was actually aiming for Claire when she accidentally killed Kaia, it’s a lot to deal with. Perhaps we’ll get to see Other!Kaia again sometime, as well as Jody and her girls. There’s still a lot of story left to tell with them! 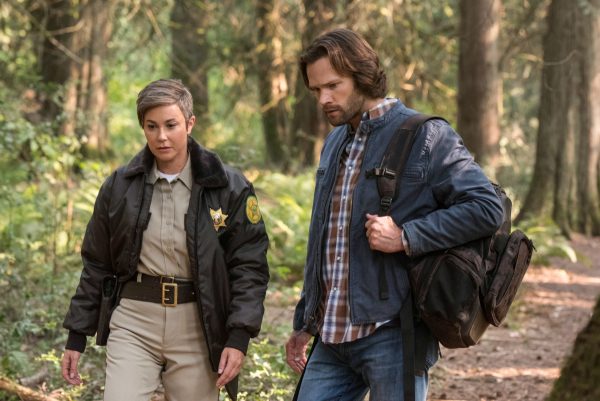 Back at home, the bunker remains busy with Apocalypse!World hunters and they’re bringing in cases needing further investigation. This week it had to do with Lora, a victim of a dead witch who is under a curse and dying herself. That’s why Cas wasn’t able to tag along with the Winchesters on their case, and Lora’s also thankfully the reason Jack didn’t split town as he had planned. I will always love Jack, with his determination to do the right thing and prove all three of his dads proud. And he went through a full range of emotions this week, as he first had to deal with the loss of Lora and Cas’ inability to save her and then worked out how to revive her himself. He feels like he’s got no place without his powers, but as this case proved, he’s got the mind of a hunter and he can hold his own on that front. But, perhaps he’s learning a bit too much from his dads in terms of keeping secrets, since he’s hiding the fact he’s coughing up blood and potentially dying. I am going to be so sad if Jack does indeed die. He’s often my source of hope in the countless hopeless situations the family finds themselves in. 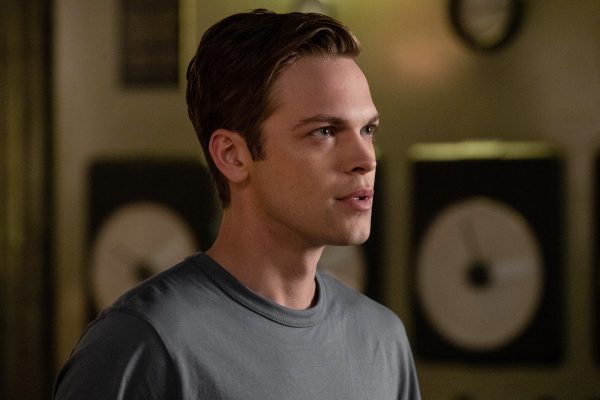 I don’t know how the situation with Jack or Michael or the Winchesters will turn out, but I’m looking forward to the journey. Added to that, we know Nick has a ton of baggage he’s carrying with him and he’s sure to turn up again in the near future. There are a lot of secrets floating around the bunker and secrets often have a way of creating tragedy when the Winchesters are involved. Interesting start of the season, but a whole lot of questions to ponder already.