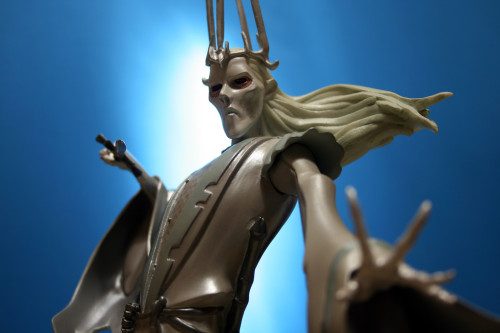 I’m a big fan of companies that go animated with traditionally non-cartoony properties. Most of the Star Wars animated statues are in my personal collection, I think the Marvel Superhero Squad toys are awesome, and I absolutely love Electric Tiki’s Tooned Up Television Maquettes line (particularly the Buffy the Vampire Slayer series of statues). It stands to reason, then, that I’d also be into the Lord of the Rings animaquette line. Indeed, I’ve purchased every statue released in the line so far, and tragically it’s looking like this Twilight Ringwraith might be the final piece in the series. Gentle Giant does not have current solicitations up for any additions to the series, and no new animated LOTR pieces have been shown at conventions. So, if this is the final piece in the collection, is it a suitably fantastic statue? In many ways, yes. 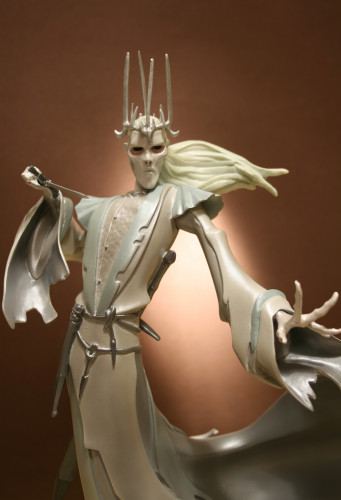 The Twilight Ringwraith is based on Frodo’s vision of the Nazgul attacking him when he was in the “twilight” of the Ring’s influence in Fellowship of the Ring. As such, the character this statue is based on got literally seconds of screentime out of the entire movie trilogy. It seems odd that such a blink-and-you’ll-miss-it character like the Twilight Ringwraith would enter this line from Gentle Giant prior to major characters like the Hobbits, Aragorn, Sauron, or any of the females. It’s doubly strange, considering that a regular Nazgul (on horseback, no less) already has been released for this line. My only real complaint with this piece is the character selection, as I’d have loved to see the animated treatment given to more of the major players. That said, this is a really great representation of the Twilight Nazgul in this cartoony style. 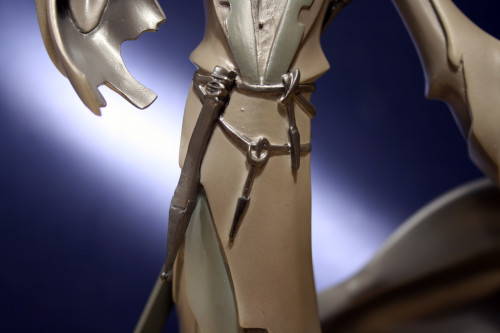 The statue stands in scale with the rest of the LOTR animated figures at 10.5″ tall, from the bottom of the base to the top spire on his crown. He’s depicted windblown, with his robes and hair flaring out to the side, as he poises to strike with his dagger. The sculpt is appropriately gaunt and forboding, with the robes regal but tattered. The spires on the crown look especially fragile and are likely to be a point of common breakage. Indeed, a couple of the spires on my own statue are not even perfectly upright, likely having sagged a bit in the production process. I’d imagine this will be a common issue with this statue, which really is a shame, as it looks fantastic aside from the misaligned spires. 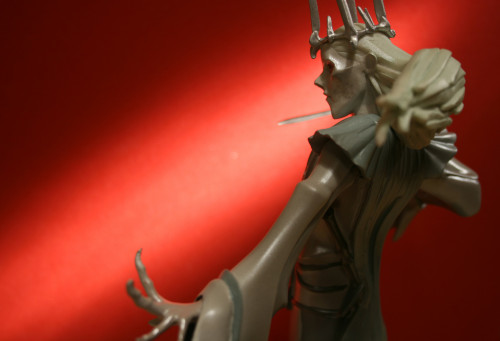 The paint job is very well done and really pulls the statue together as a whole. The wraith’s skin and hair are pallid, and the robes are painted in greys and silvers, enhanced by a slightly metallic sheen that gives the Nazgul a ghostly presence. The figure stands atop a black asymmetrical base that is similar to the earlier entries in the line. 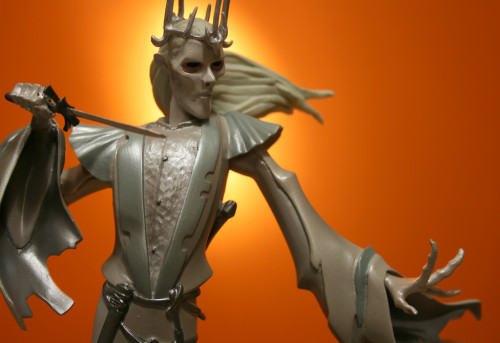 As a big fan of this line, I definitely give the Twilight Ringwraith a thumbs up, even if I don’t completely agree with the character choice. 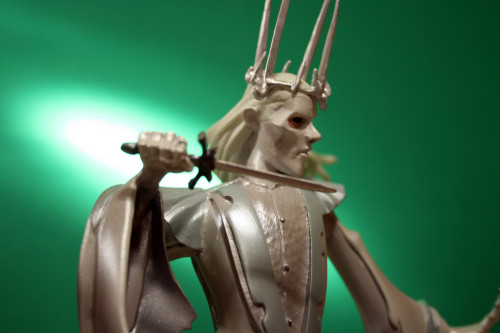 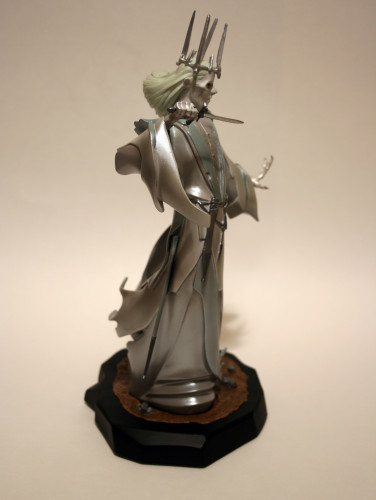 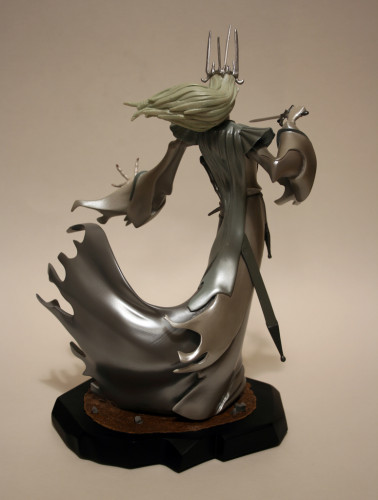 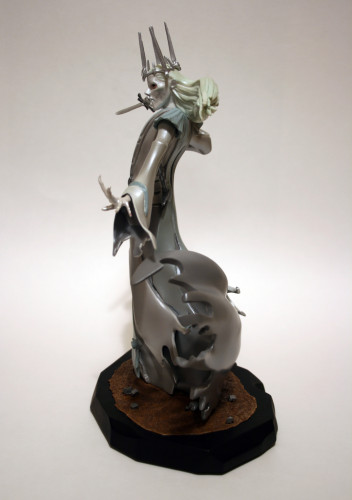 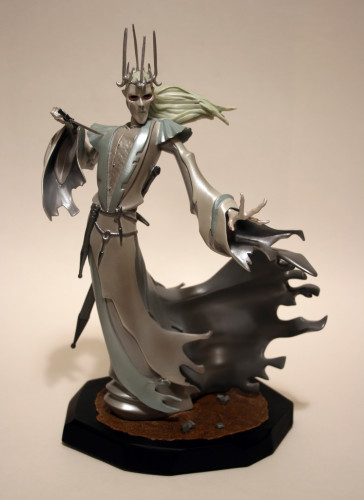 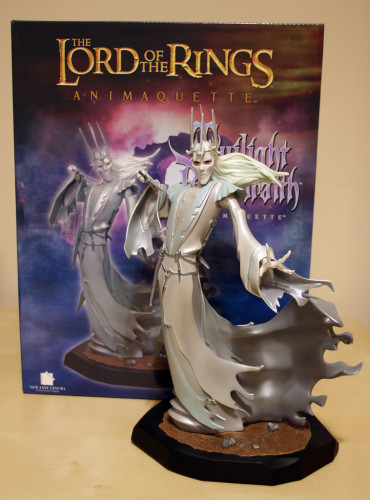