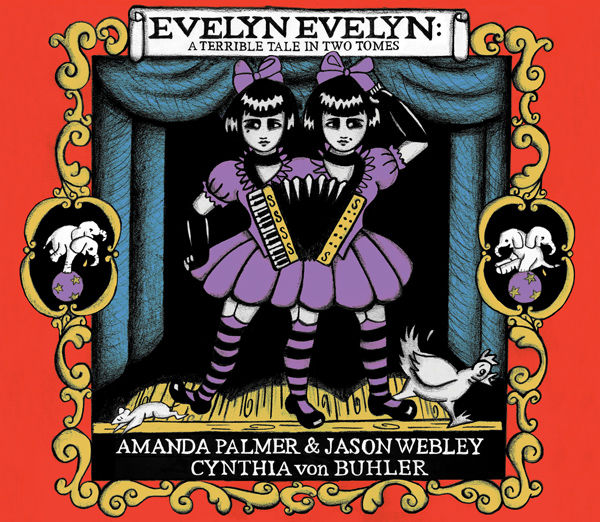 If you’ve ever been curious about the origins of Evelyn Evelyn, then wait no more! Dark Horse has presented Amanda Palmer and Jason Webley’s inventive story of who these renowned conjoined twins are and where they came from. Aided by the artistic stylings of Cynthia von Buhler, this set of two hardbound volumes is sure to appeal to any fan of the music or the mystery of Evelyn Evelyn.

To say these girls had a hard life is an understatement. When they were born, their mother died in childbirth. The doctor who delivered them thought it was his divine right to separate them but, alas, he died through his own evilness. And then the girls’ father died through a tragic case of getting hit in the neck with a chainsaw. The girls are well and truly orphans. And so begins their adventurous life that first takes them to a chicken farm until they are six. Their guardian does not know how to raise human children, only fowl, so he treats them as if they’re just another pair of chickens. After their escape from there, they are taken in by a stranger with candy and forced to live in a trailer park where they’re the subject of many fetish movies and photographic spreads. Despite the abundance of girls around them, who are also in their tragic position, they are essentially the outcasts of the outcasts until the studio is shut down and they are off to their next stop. 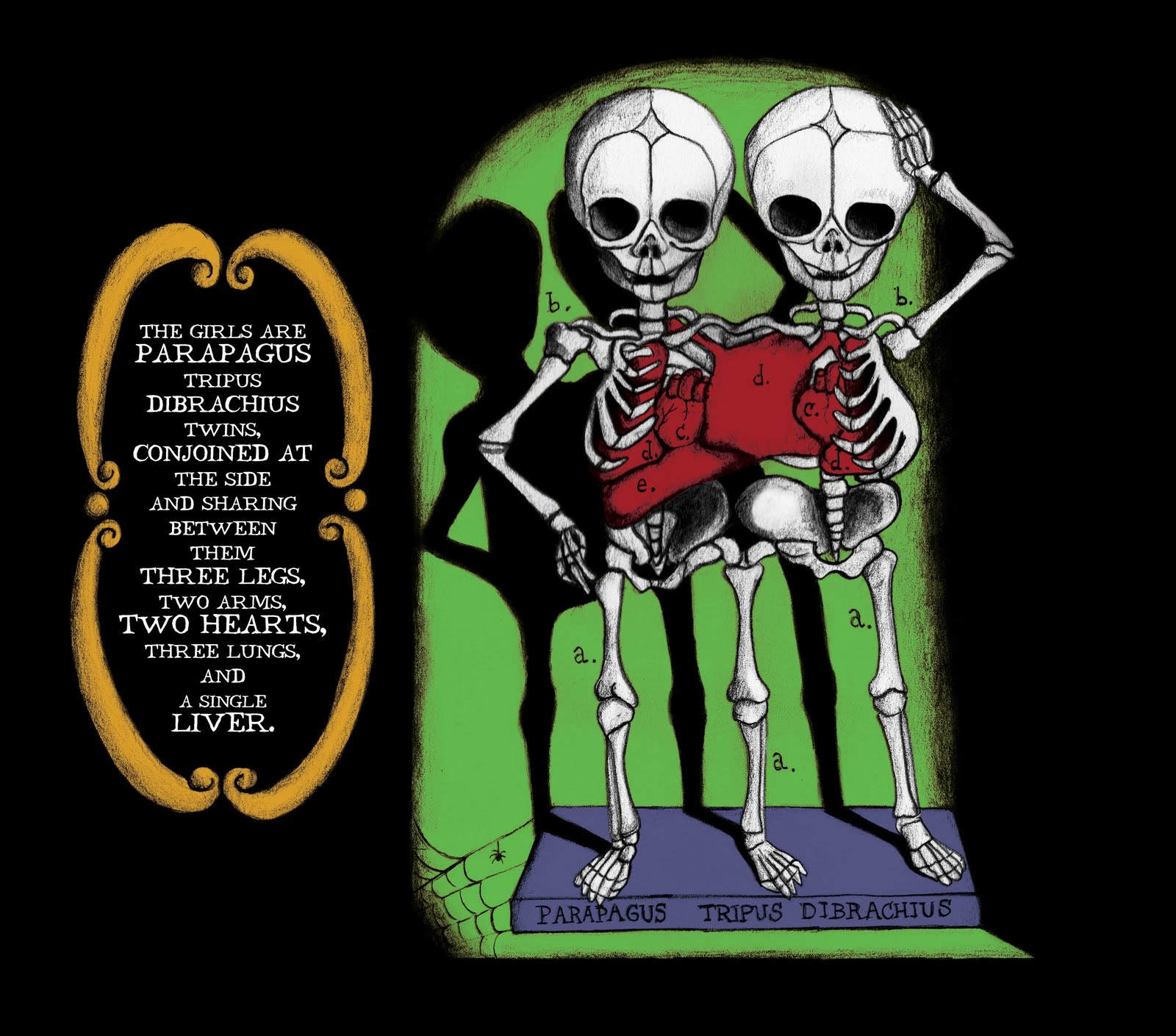 The twins become the featured entertainment at a circus freak show, where they befriend the Siamese elephants Bimba and Kimba. It is the one happy point in a long line of despair for the twins, but like all things in their life, happiness is just as fleeting when the elephants die and the twins fall into depression. Upon their eventual escape, they find themselves at a low rent motel where they are put to work filling out sweepstakes entries to earn their keep. It is this that serves as a turning point in their lives as they are able to get online for the first time. Their skills as musicians, learned in the circus, will serve them well to become international superstars who have lots of friends online through social networking sites. That’s all they want and they do get it, aided even moreso when Amanda Palmer and Jason Webley discover them and bring the world’s attention to their act.

If you’ve ever been curious about the twins, whether you heard of them through their music or through Palmer and Webley, you won’t want to miss this two-volume comic. Cynthia von Buhler’ s artwork makes this seem like a stop-action animation. You can almost hear the twins as they tell their stories and sing their songs. It’s a life of tragedy, but one that holds much interest for fans of the weird and wonderful. Be sure to pick up your copy when it releases on October 5th.