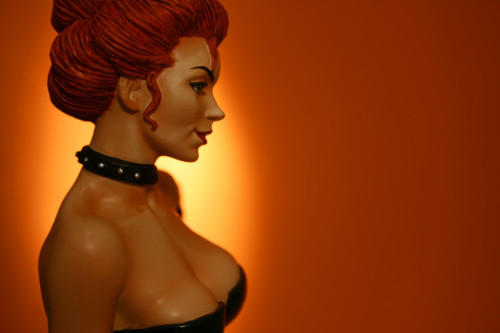 Bowen Designs continues to roll out loads of new pieces in their Marvel statues and mini busts line, and one of the newest is Jean Grey as the Black Queen, as she appeared in The Dark Phoenix Saga.

Jean Grey originally appeared in Marvel Comics as a sort of girl next door who happened to be a super powerful telepath. Marvel kept her on that “good girl” path until Chris Claremont turned the character on her head (and eventually killed her) with the Dark Phoenix storyline. During the course of the story, Jean was mind controlled into joining the Hellfire Club, a sort of high society evil supervillains joint where men hang out in Victorian costumes and women traipse around in lingerie. That’s the look Jean has in this statue, as she stands, hip cocked, and whip at the ready. 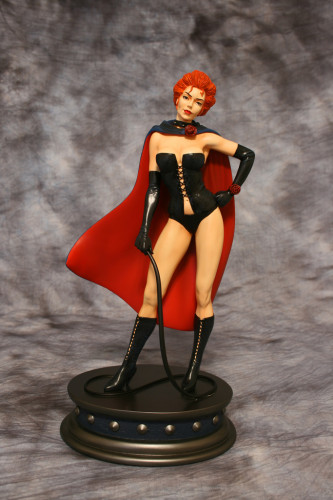 The statue stands around 12.5″ tall from the bottom of the base to the top of the head, in scale with the rest of Bowen’s statue line. Bowen has been featuring Jean heavily lately, having previously released the Marvel Girl statue and having announced the upcoming Jim Lee-styled Jean statue. They previously released Phoenix and Dark Phoenix statues, but this is the first time we’ve seen a Black Queen in this scale. Sideshow Collectibles has another Black Queen on the way as part of their Adam Hughes Comiquettes line, but Bowen beat them to the punch by releasing this one just a few months earlier. 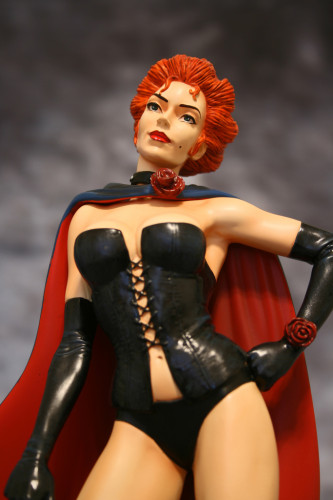 The Black Queen comes in the box in four pieces. There’s the round base that has holes to fit the pegs on her feet into. The base also has Jean’s whip attached to it. The whip is made from a flexible, non-resin material, which I think was a very good choice. Making it resin would have made it too brittle, lending itself to easy snapping either in transport or in setting up the statue. When you assemble everything, the end of the whip flexes to fit into Jean’s hand. The figurine itself is in two pieces: the head, which has a squareish peg at the bottom, and the rest of the body. The head is removable to allow you to place the fourth piece, the cape, around Jean’s neck easily. Since the cape is a separate piece, you can display the statue with or without it. The back of the statue is full detailed so that either display option looks great. 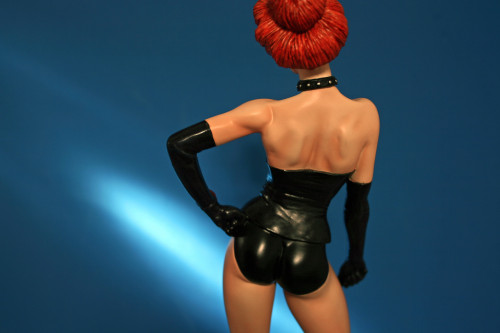 Bowen Designs is one of the top-tier collectibles companies, especially in the realm of resin Marvel pieces. This Black Queen statue is a prime example of their craftsmanship, from the little sculpted details on the corset to the tight and precise paints on the face. I have no hesitation in recommending this statue to any fan of the X-Men, Jean Grey, or the Hellfire Club, provided you’re okay with a little cheesecake in your collection. 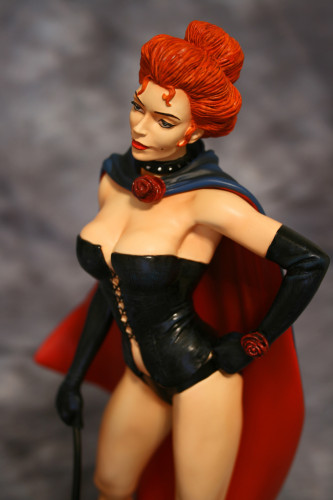 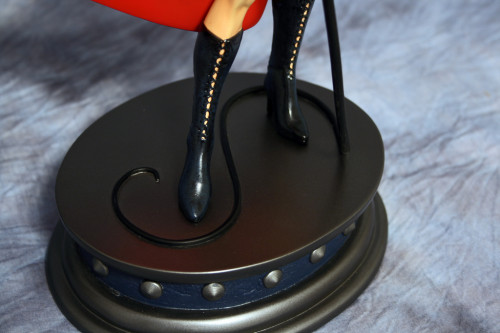 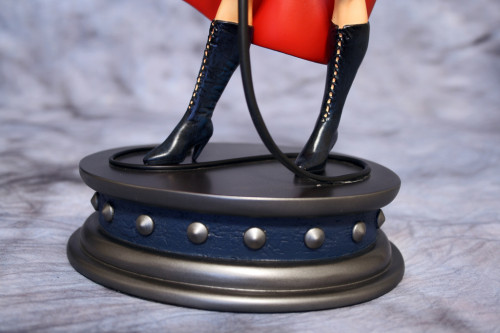 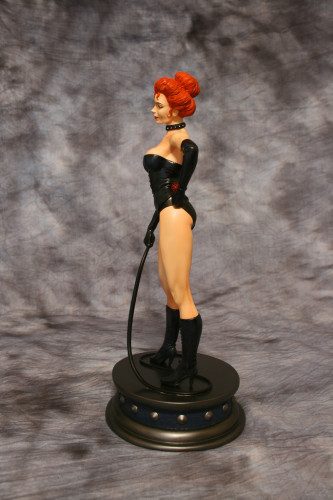 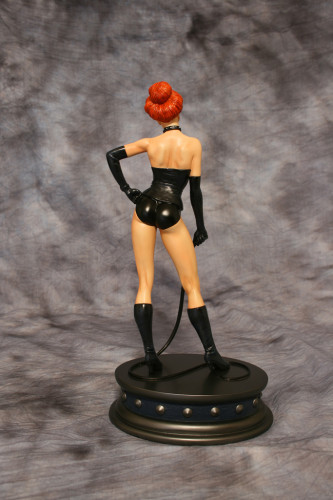 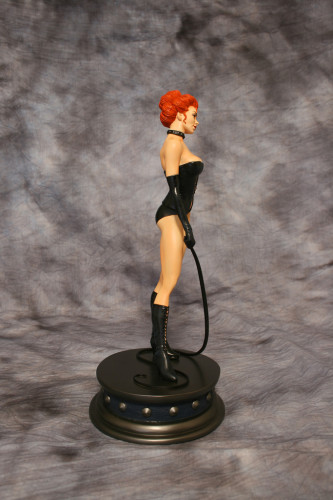 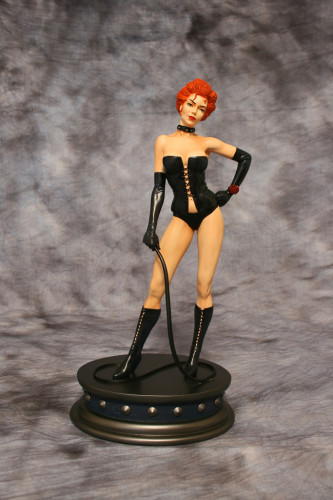 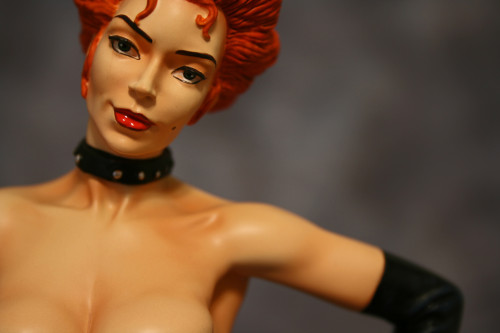 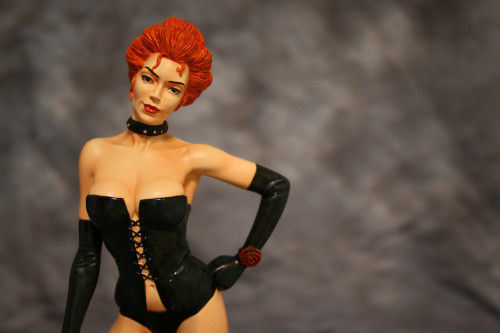 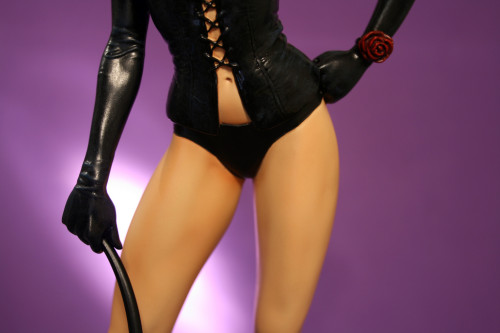 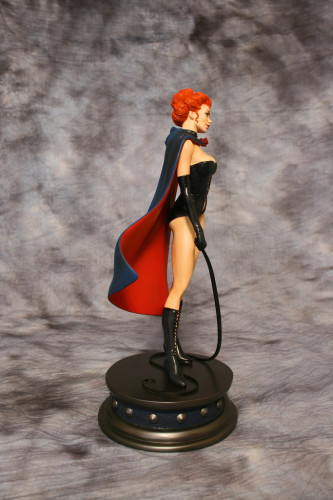 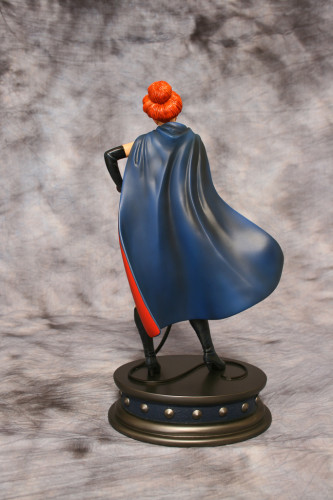 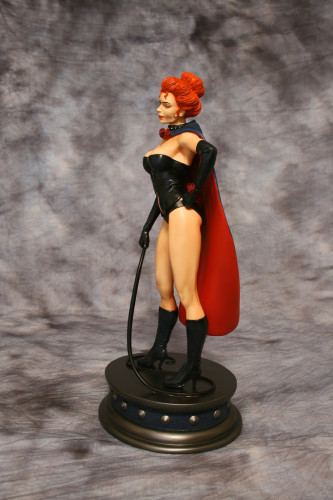