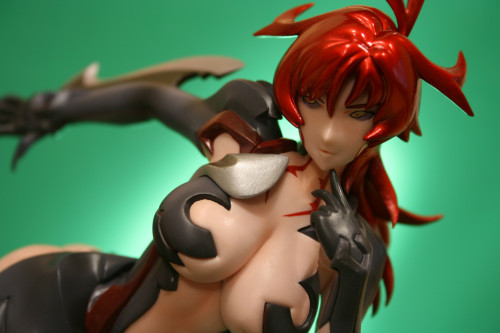 Witchblade started as a comic book at Image Comics and Top Cow, and a few years later it made the jump to a short lived TV series. Now it’s gained new popularity as an anime series, and here’s my review of the new Witchblade Masane Amaha PVC statue produced by Organic.

I’m not a big fan of anime and generally don’t collect PVC statues, so I probably never would have reviewed this one if it hadn’t been gifted to me. It’s my understanding that Masane is the weilder of the Witchblade in the anime series, and this statue shows her in full-on blade mode. The Witchblade armor gives her some strategic covering, but she’s otherwise pretty much naked, making for a rather risque statue. She’s posed in a bending over, “Who, me?” stance that would seem ironic in anything other than anime. 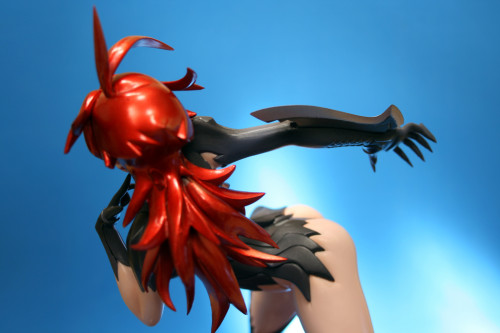 From head to toe, the statue stands around seven inches tall, but her gravity defying hair gives her another inch in height. She comes packaged with a clear, round, red display base that has three plug-in pieces that help support her. The first piece is a rod that plugs into the base and extends up to her chest. This is a very useful thing, as I know the PVC statues I’ve had in the past have had a tendency to bend with their own weight over time. Given Masane’s pose here, it would only be a matter of time before her upper torso started to drop, so having some extra support to prevent that is a good addition. The other two support pieces are U-shaped hooks that plug into the base and anchor on the backs of Masane’s high-heeled feet (why does organic armor always decide to give women high heels?). 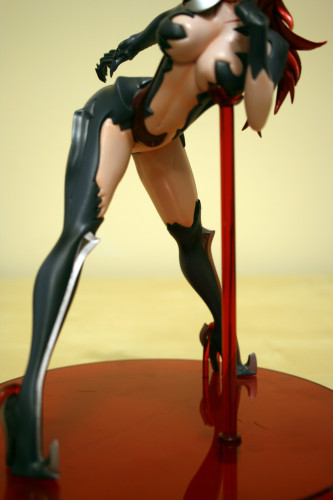 Masane’s right arm is extended behind her, and the Witchblade gem on the back of her hand is made from a clear red plastic similar to what was used for the base pieces. By default, there’s a pointy blade sticking out from the back of her forearm, from the wrist up to her elbow. You can remove that blade and replace it with a much longer blade that measures around seven inches. Having the option of displaying her with a long or short blade is a neat offering, but for practicality’s sake I kept her with the short one. 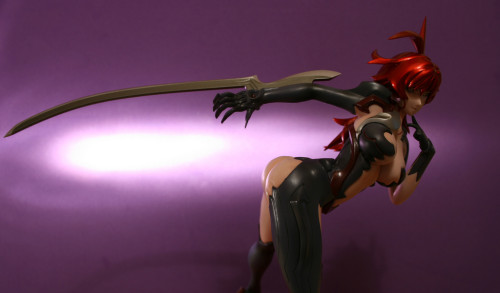 The overall sculpt is a good one, and it’s accurate, from what I’ve seen of the anime character. At some of the points where the armor adheres to Masane’s body, her skin is sculpted with indentations, implying tightness and pressure. I appreciate that level of detail, even if it does kind of creep me out. There’s not much to talk about in the way of paints. As is the case with many of these PVC statues, the paintjob is pretty much flat all over. The application is tight and correct, though, down to the red streaking on her face and neck. I don’t really like the way her eyes were painted, but they’re not all that noticeable anyway, partly hidden behind her front fringe of hair. 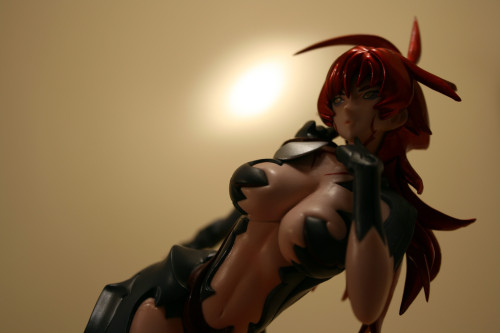 I’m not a fan of this sort of collectible or of the Witchblade anime series, but I definitely can appreciate this as a collectible. It should be a welcome addition for anyone who is into collecting anime girls or into all things Witchblade. The statue is being distributed domestically by Sideshow Collectibles, and as of now it’s still in stock on their website. 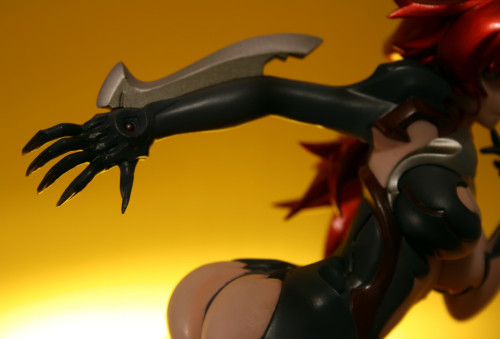 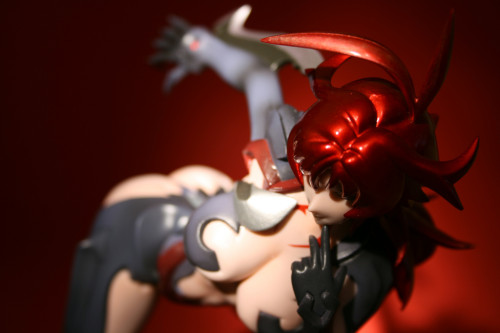 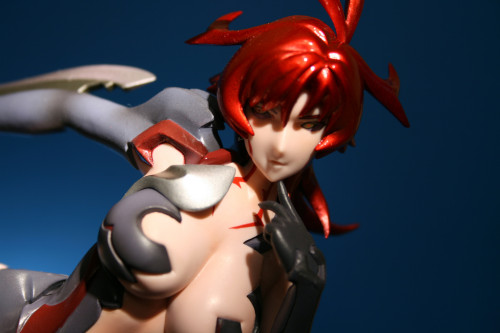 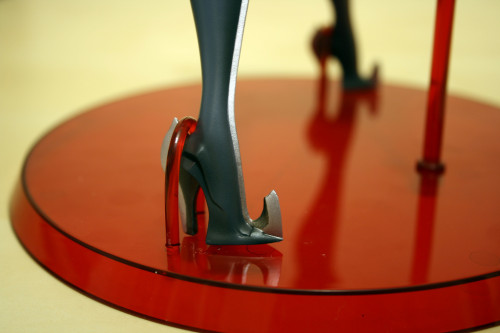 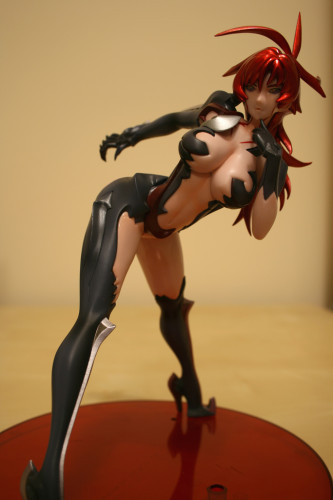 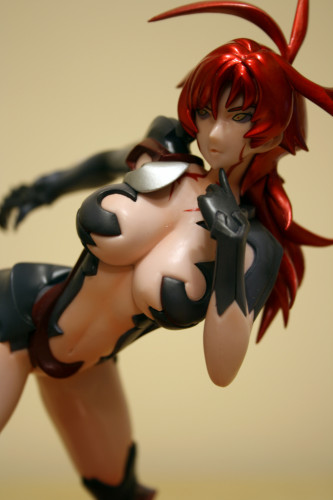 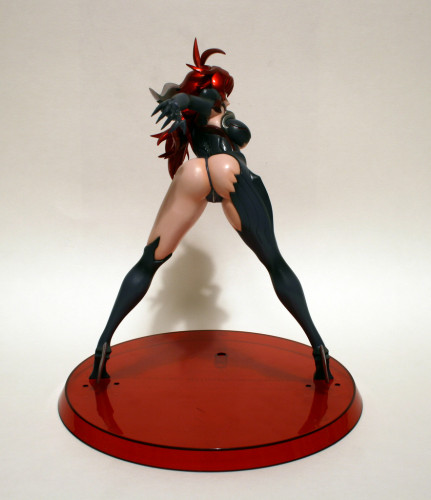 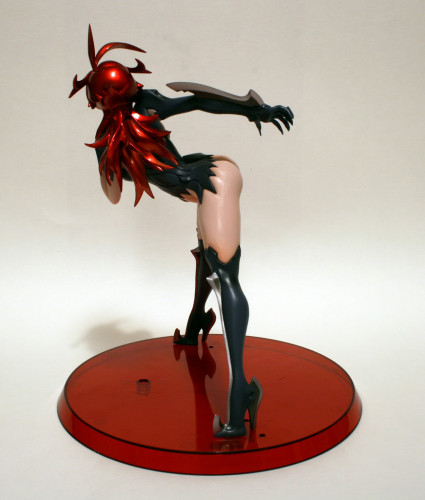 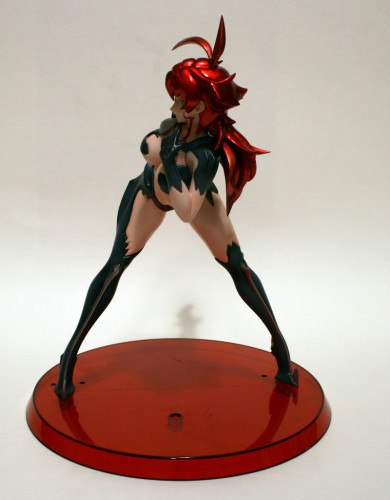 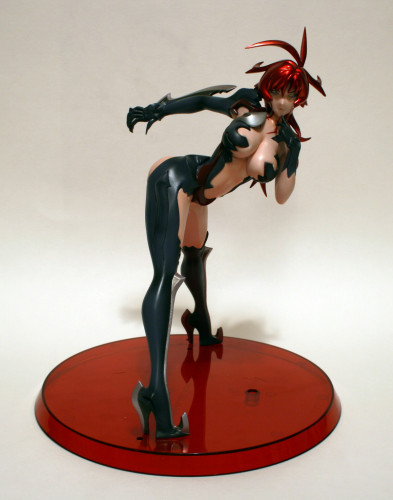