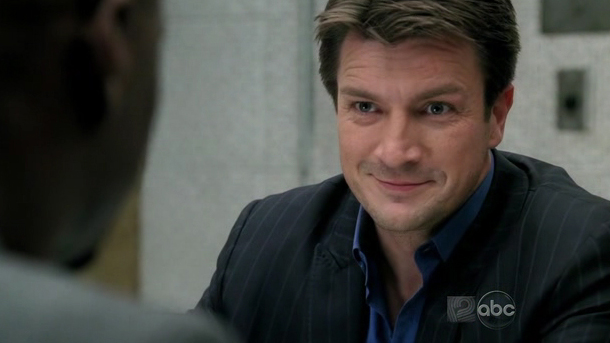 You know what? I really enjoyed this episode. Not only was the A story full of twists and turns, but the B story wasn’t as sappy as it had the potential to be. I think I finally found the “just right” episode in my Goldilocks romp through Castle. 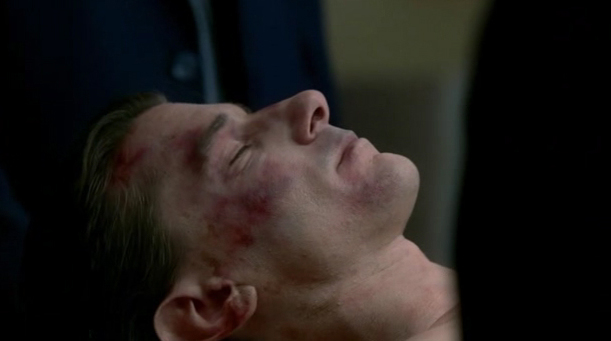 The victim for this episode is found by the obligatory “hot” chick in underpants running down a hallway. She really needed to get that pizza box in the garbage chute and didn’t have time for pants. Of course, maybe if she had made time, she wouldn’t have found a dead man in said garbage shoot. Meet Sam Parker. 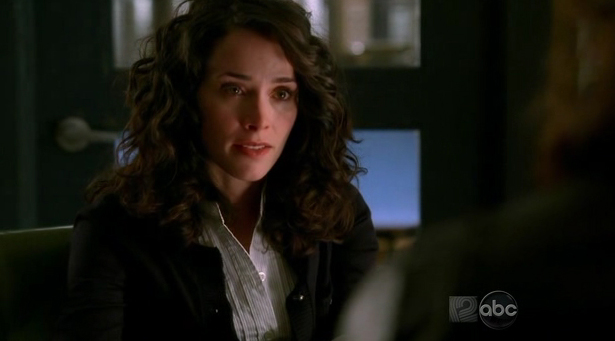 It appears early on that Sam is a two-timing hound. This is revealed by his wife (whom he had children with) and his much younger fiancée (whose hair I covet) both showing up to ID his body at the morgue. Awkward. The fiancée, surprisingly, isn’t angry with the “other” woman. She’s angry with Sam (or “Jack” as she knew him) and herself for being “stupid” enough to fall into this situation. I know, this totally should have clued me in on the ending, but it was nice to see a woman who got duped put the blame and anger in the right direction. The wife, on the other hand is, not surprisingly, angry with the fiancée and not her cheating chump of a husband. 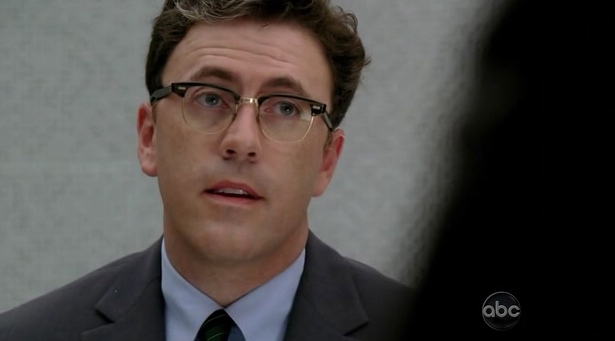 Which turned out to be the appropriate response in this case. As the case goes on, the team finds out that Sam didn’t really leave his previous job for a new one in the city. His previous boss used him as a corporate spy. A corporate spy in the “green” industry. Even treehuggers can fall for the power of the Benjamins. Old Boss tells Beckett and Castle that the company he sent Sam to spy on pretty much wiped out his company by coming up with some magical way to get rid of the sludge left behind from improperly discarded batteries. Sam was supposed to find out what this secret potion was so that Old Boss could level the playing field again. 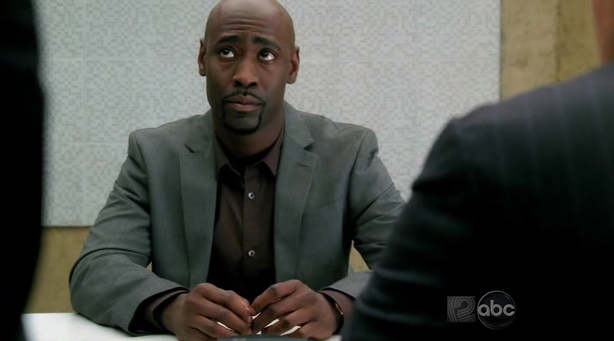 Some more police work reveals that Sam had been lying to the fiancée about having health problems, and was instead going on scouting missions. Despite Castle hoping that the Lover’s Triangle just turned into a Lover’s Square, we did get deeper into the spy side of the story. One of those outings lead him to find out that the fiancée was also a corporate spy! Who knew the green industry was so Jason Bourne? She was working for the company Sam was supposed to spy on. Her task was to keep Sam busy with fake data, but Sam was too good at his job and found out she was playing him while he was playing her. He also found out that the secret potion wasn’t even close to a reality. All this company was doing was moving the toxic sludge to a new area, while claiming to help better the planet for the future. Naturally, the head of the company couldn’t have this information leaked, and ganked poor Sam to keep his secret a secret and the money rolling in. 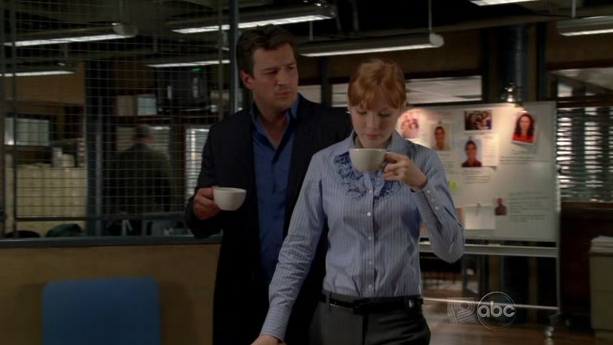 While all this is going on, Alexis is doing volunteer work for the station. I thought this was a ploy to get Molly Quinn in more scenes, which is completely understandable given that she is the most adorable ginger gelfling on the planet. In fact, I found her storyline in this episode to be sweet and poignant. While organizing leftover/unclaimed effects from crime scenes, Alexis finds a brag book. For those who don’t know, or never found the ones your parents had of you, it’s a little book parents fill with pictures of their kids as babies and toddlers.

She goes on a mini search to find out who it belongs to since all the identifying information that should have been with it (name of victim, case number) was long gone. It takes her a while, but eventually she tracks down the kid in the pictures who is now an adult. She’s proud of herself, but doesn’t feel like this is as great a feat as catching a killer. Beckett reminds her that when we lose someone we love, it’s little things like brag books and photographs that help us remember them.