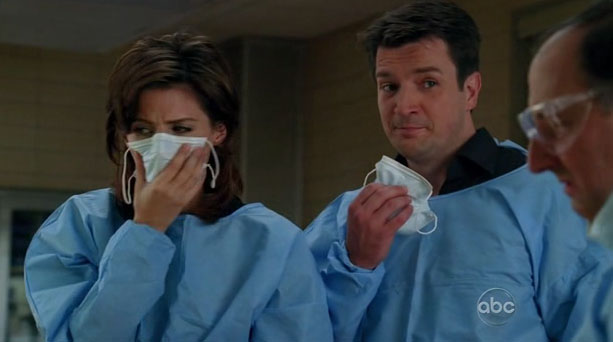 In this episode, we got to have a little Capt. Montgomery background story in the form of a 10-year-old case coming back to haunt him. Also, Martha gets talked into joining “MyFace” by Alexis and gets over the fact that she got older and meets up with an old flame.

Yeah. It was super boring. 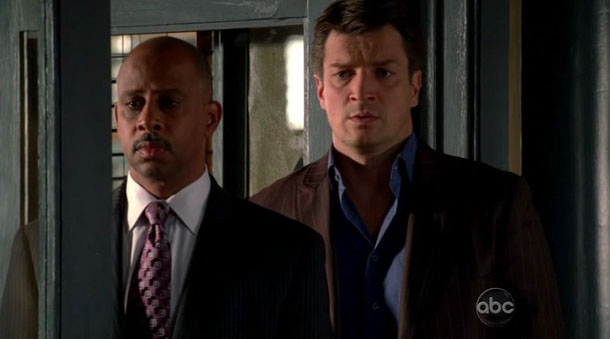 So, the murder mystery starts off when a bike messenger gets mowed down by a nondescript black car. The killer jumps out of the car and steals the messenger bag off the messenger’s body. The package that was stolen was supposed to be delivered to the Captain. Through a series of hilarious mishaps and twisty-turnies, we find out that the package was supposed to full of evidence for a murder Capt. closed 10 years ago. The guy he put away for the murder of a young woman, despite confessing to it, hadn’t really done it. When the team brings in the wife of the convict, Brady (who died shortly after the package was sent out), into the station, they find out that he confessed so his wife would get a huge paycheck every month to take care of their very sick son. 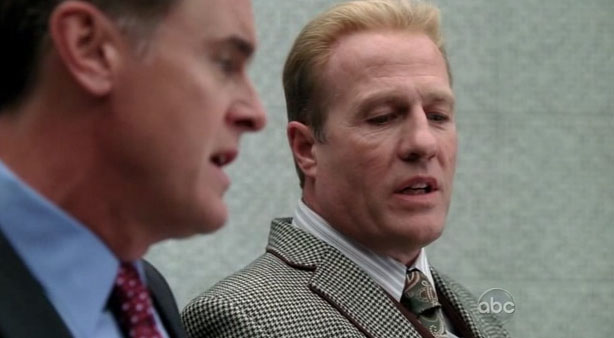 In order to solve the murder of the bike messenger, they have to go back to the 10-year-old case and figure out what was overlooked or missed. Well, fairly obvious to me, the fact that the murdered girl was at a “rich” person party means they have a bunch of suspects that don’t get looked at as suspects because they have money. Much easier to look at the “poor” people for crimes. As per usual, the rich people think they’re above the law and don’t have to cooperate with the Beckett and Co. The Capt. doesn’t let this slide, and the team zeroes in on the Wellesleys as prime targets (if they get Elizabeth Banks and Michael Rooker in on this show, it’ll turn into a proper Slither reunion!). 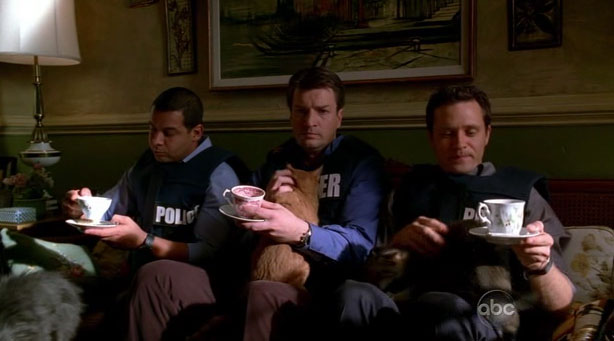 Of course, the murdered girl turns out to be the bastard child of one of the Wellesleys (the one running for Senate), so the matriarch of the family took it upon herself to have the girl “taken care of” by the family’s Cleaner. The payments to Brady’s family had stopped because Mrs. Wellesley had lost control of her money (dementia set in a LONG time ago with this woman, let’s just be honest). That caused Brady to have the package of evidence sent to Capt. Montgomery, that caused Brady to get shanked, and the ended with the bike messenger being run over.

Hey. Just because you have money doesn’t mean you should get away with murder. At least on television. 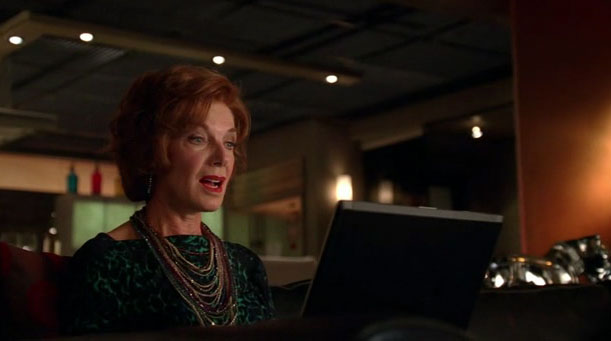 Funniest part of the show was Martha being on “MyFace.” This could have just cracked me up because my own grandmother recently signed up on Facebook to keep in touch with her sister. I don’t get Facebook, I don’t get the whole looking up people who went to the same high school you did and then contacting them under the impression they really want to hear from you (that’s never happened to me before), but I find it hilarious when the “older” generation start using the youngsters toys.

Can this show please get back to being entertaining?