Serenity: Leaves on the Wind #5 Recap 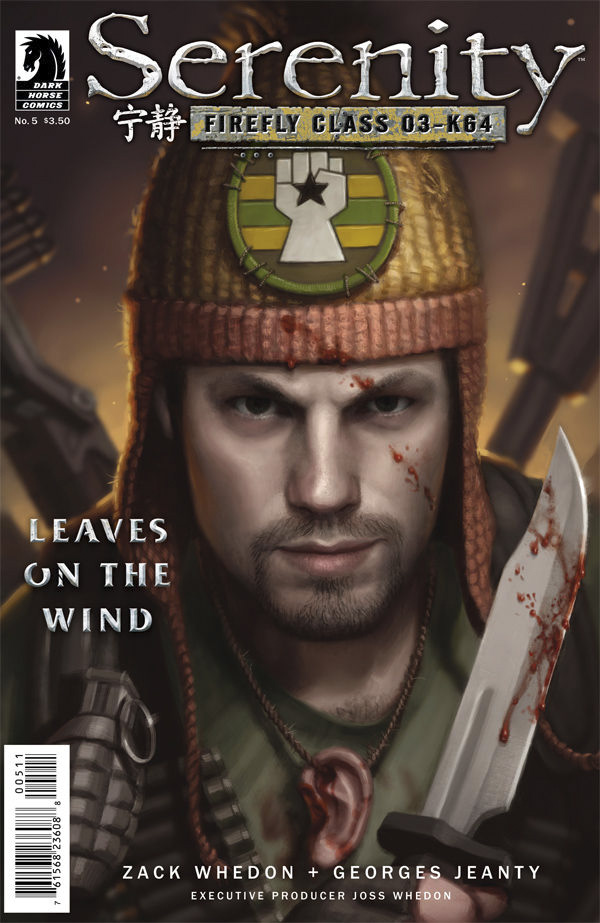 The last issue of Serenity: Leaves on the Wind ended with the group about to be attacked by someone like River, or as the creepy doctor said, the finished product. And boy, if you thought River was scary, then this girl is scarier. She’s faster, deadlier, and doesn’t care about anyone. Things are going badly, Mal gets wounded, and the girl takes out even River. As Mal is unconscious, he has a flashback, which explains some things a little more to the readers.

Outside the facility, the Operative is winning his fight and Bea rushes out to ask for his aid. The Alliance rushes to them and just as things are looking bad, a lot of New Resistance members show up and help. Mal and the others have managed to make it out, and bring along the girl they were fighting. Mal orders the Alliance leader to be taken aboard his ship so he can find out where Zoe is. 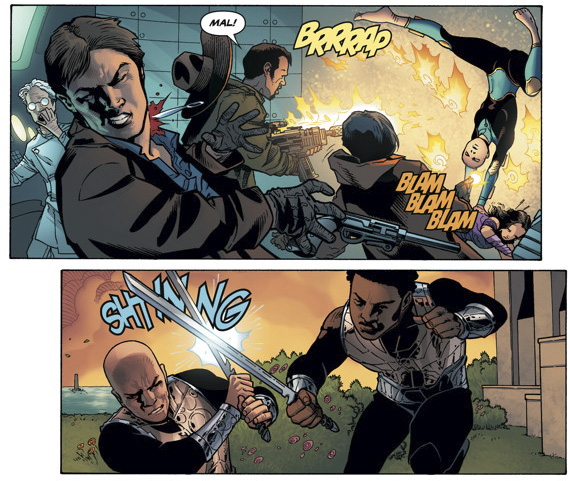 The leader taunts everyone on board, saying that all the other Resistance members are dead or in prison. At this point, Mal’s had enough. He’s tried to keep the Alliance off his tail, but they won’t leave him alone, so now, he’s going to fight back. He’s going to help the people that the Alliance has hurt. However, before that, he wants to know where Zoe is, but the leader refuses to talk. Mal says that’s fine because they have a psychic on board.

It’s really heating up in this issue. It’s interesting to see Mal lead a large group of people, because as he says, he never planned to do that again. It’s also nice to see him changing from only caring about himself and his people to wanting to try to help everyone. I like that Mal won’t run anymore and that he’s willing to give the Alliance the fight they seem to be looking for. The next issue is the conclusion for this arc, and I’m not sure what will happen, but I think it’ll be exciting.