Serenity: Leaves on the Wind #3 Recap 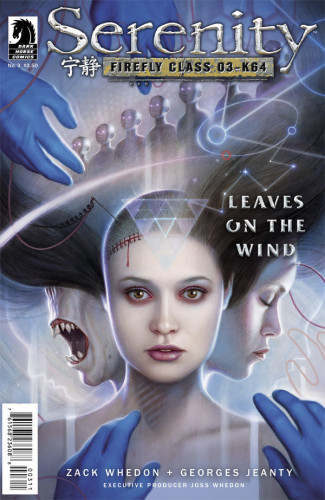 Things are really heating up in the third issue of Serenity: Leaves on the Wind. It starts with River dreaming of her time spent at the “school” where she was tortured and changed. It is clearly not a good thing to dream of and Simon rushes to her side. However, Jubal Early is already on board and takes everyone hostage, starting with River and Simon.

Meanwhile, Mal and Inara are discussing the fate of the crew, as they have three extra mouths to feed. Jubal attacks Mal in Inara’s shuttle, then heads after Jayne and Bea. Bea doesn’t know Jubal isn’t part of the crew, so she’s pretty easy to take out. Once Jubal has everyone, he starts listing them off to Mal. The one person he forgot was Kaylee, who whacks him with a wrench.

After everyone is free, they talk about what they need to do to survive. Mal wants to rescue Zoe right away, but River suggests rescuing the other kids like her that were left behind. Then Mal would have an army to help him get Zoe. Mal agrees reluctantly, but later tells Inara he needs someone who can think like an Alliance member, someone who was once a member. Neither he nor Inara like the idea, but since it’s for Zoe, it’s the only thing Mal can do. 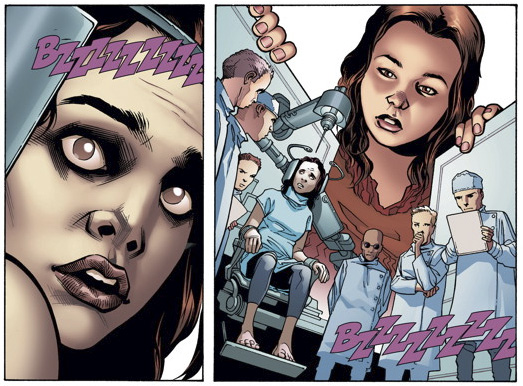 The focus shifts to Zoe near the end, showing her in a chain gang on an unnamed planet prison colony. Zoe is unceremoniously thrown into a cell with an old woman as her cellmate. They exchange the reasons they are in prison. Zoe asks the old woman when she’ll get released, to which the old woman replies that no one leaves. Zoe looks out the window, over the dry, desert planet and promises that she will get out.

The storyline is just getting more and more interesting. I can’t wait to see how Mal and the gang break out the other kids that are like River. That’s one thing the Alliance won’t be expecting. Bea adds an interesting dynamic to the group and I hope that’s played with more in future issues. I also want to see what they do with Jubal and the ex-Alliance member they pick up (no spoilers on who it is, but a few people might guess).