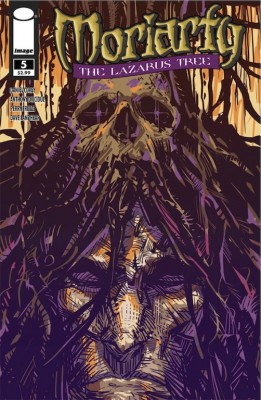 Moriarty is different that I thought it would be. I thought it would be like Sherlock Holmes, but from the perspective of Moriarty. However, that is not this comic. Holmes may or may not even be real. It takes the Moriarty from the Sherlock Holmes stories and expands upon him. Having not read the first four issues, I feel I’m missing a lot of things, but the background is not necessary for this issue and many things can be picked up on as you read through. 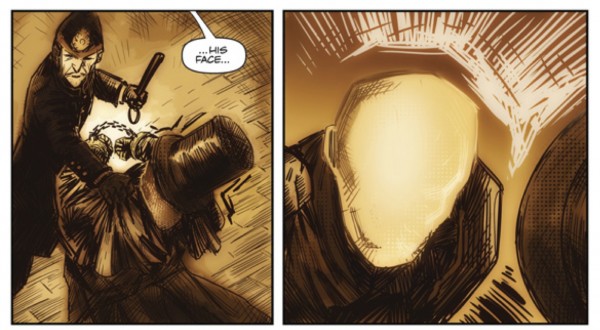 Moriarty is pretty much a badass. He doesn’t seem to be ruffled by much and even takes out three enemies with his cane, all while talking very calmly about what he is trying to do. Moriarty travels to Burma in search of an old friend, who has disappeared under mysterious circumstances. He travels under an assumed name and meets a few Englishmen, who seem to be having troubles of their own. As Moriarty goes to look for more clues to his friend’s whereabouts, he gets forced into meeting the local Burmese official in charge. 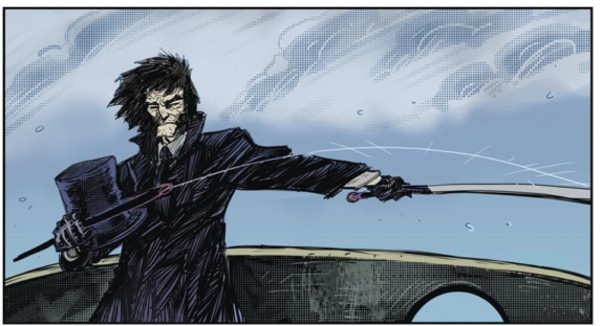 Overall, I thought the comic was good. The story is very intriguing, as Moriarty hopes to stave off his death by finding his friend. Everything mentioned seems to be connected, but Moriarty must put the clues together. At times, it is very dialogue heavy, but it’s always countered with beautiful artwork. The drawing style is very interesting, especially with people. At times, the faces are very detailed and at others, they are obscured. If you like comics with dark and mysterious themes, then this is one you should check out.