This week we’re delving into tributes to one of my favorite movies, Hard Core Logo. If you have not seen this movie, stop reading this review and go out and rent it! Released in 1996, it’s an adaptation of the Michael Turner novel, which follows the made-up punk rock band Hard Core Logo featuring band members Joe Dick (Hugh Dillon) as the lead singer; Billy Tallent (Callum Keith Rennie) as the band’s guitarist, who has a very complicated relationship with Joe; bass player John Oxenberger (John Pyper-Ferguson), who has mental issues; and drummer Pipefitter (Bernie Coulson).

The movie is all about music, but oddly the official soundtrack did not come out until two years after the movie. Instead, director Bruce McDonald got together several well-known Canadian bands to do covers of the band’s music in a tribute album (A Tribute to Hard Core Logo) that was released in 1996. If you’re a fan of the movie, this is an extra special treat because we already love the band’s music, but now we have famous Canadian bands paying tribute to them.

Of course my personal favorite is “Son of a Bitch to the Core” covered by The Headstones and anything that has Hugh Dillon (aka Joe Dick) singing his own song is absolutely wonderful in my book. The Lugen Bothers also did a turn with the song on this album, so you get a chance to compare the different styles. The Pursuit of Happiness did a fine job covering “Edmonton Block Heater” because they captured the feeling of Hard Core Logo with its frantic pounding punk rock. Dream Warriors had quite a different take on the song, so it allows for another opportunity to compare. Sol, Son, and The Super Friendz all covered “Blue Tattoo” and I appreciate all their takes on it, but I still prefer the movie’s version myself. “Rock ‘n’ Roll is Fat and Ugly” was covered by 54-40 and it’s slightly off-tempo from what we’re used to, but it’s the lyrics that matter. That’s the theme of this entire album; interpretations may vary but the words still ring true. 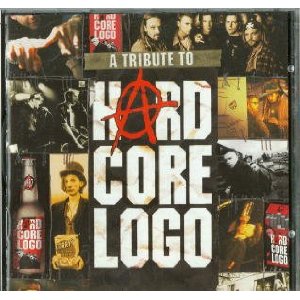 In 1998, the official Hard Core Logo soundtrack was released with music by Hugh Dillon and Swamp Baby on most of the tracks, but also housed contributions by Teenage Head, Ramones, and Chris Spedding. This is my go-to album for the movie. If I can’t have the entire Hard Core Logo band singing to me, I can have Hugh Dillon, and that’s perfect. He is Joe Dick and he can capture the feeling that most of these songs call for. We are angry, we are punk, we are Hard Core Logo. The strength of Dillon’s singing couples fantastically with the instruments on songs such as “Who the Hell Do You Think You Are?”, “Rock ‘n’ Roll Is Fat and Ugly,” and “Something’s Gonna Die Tonight.” I want to give special mention to two songs done by special guests: “Bonerack” by Teenage Head and “Touring” by Ramones. They are punk, the originators, so you never go wrong by including them on a punk rock album. They round out a rocking soundtrack for a rocking movie! 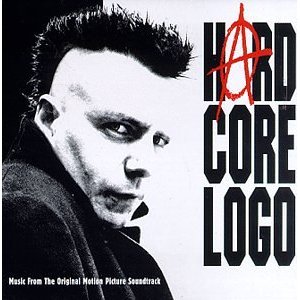 So, take a walk back on the wild side and listen to some great hits by the greatest (fake) Canadian punk rock band. And pop in the movie again for old times’ sake!