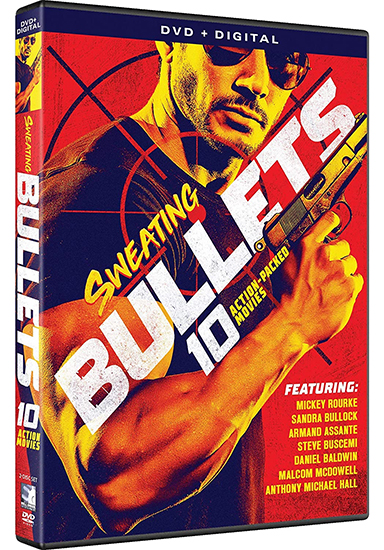 Prepare to set your adrenaline to overdrive! The high-octane SWEATING BULLETS collection is stacked with the stars you love (Bullock, Buscemi, Baldwin, Rourke) for a maximum assault on your senses. The collection includes:

Sweating Bullets: 10 Action Packed Movies is available now, and we have one copy of the DVD to give away to a lucky winner! You have from now through midnight Eastern time on the night of Monday, June 22, 2020, to get your entries in. Take a look at the form below to see all the ways you can enter.