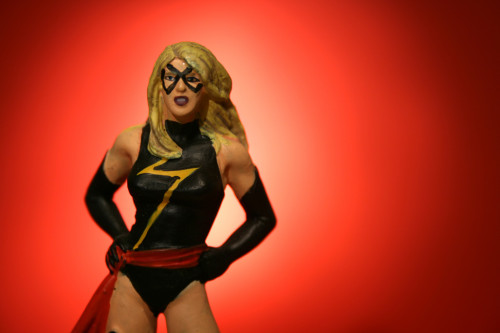 The Marvel train keeps rolling from Eaglemoss, and their next wave of Classic Marvel Figurines has hit stores. Here’s a brief and to-the-point look at the Ms. Marvel figurine.

Ms. Marvel is presented here as she currently appears in Marvel Comics, dressed in here black costume with the yellow lightning bolt and red sash. Sadly, that’s where the likeness ends. To be honest, this Ms. Marvel figurine looks more like the superhero feature at a drag show than Carol Danvers herself. There’s something mannish about her face, and the painters went a bit overboard with her mouth.

The problems with this figurine don’t stop with the gender issues. The paintjob overall is sloppy, hearkening back to the earlier days of this line when it was commonplace to get figures with atrociously sloppy paint lines and smudgy details. Ms. Marvel’s lightning design is uneven, and there’s bleedover all over the figure, as her hair bleeds into her skin, which bleeds into her costume, which bleeds back onto her skin. 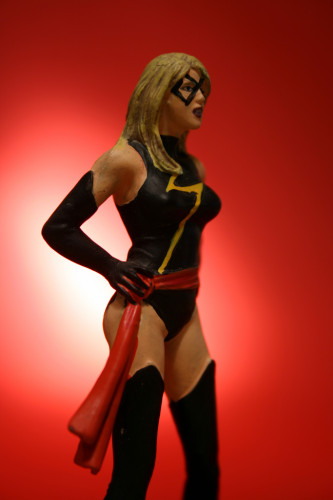 This is a poor effort on one of my favorite current Marvel characters, and I don’t think it deserves more of my time than this brief review. Pass on this one. 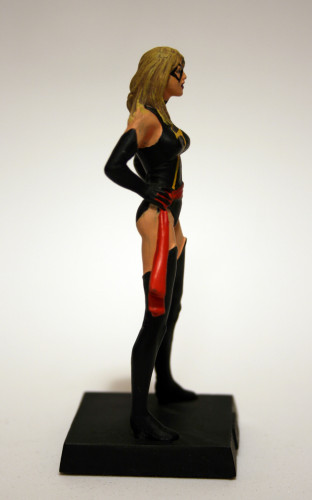 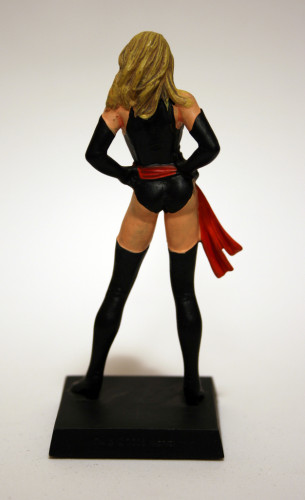 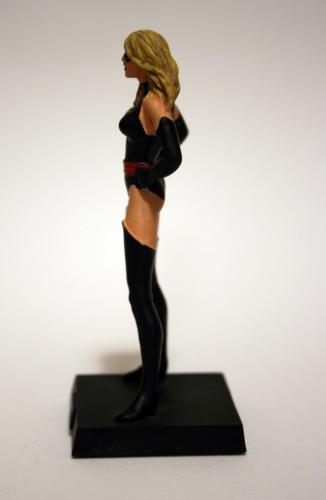 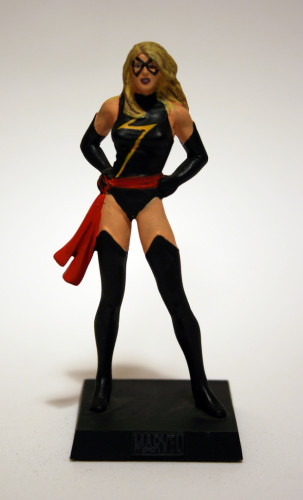