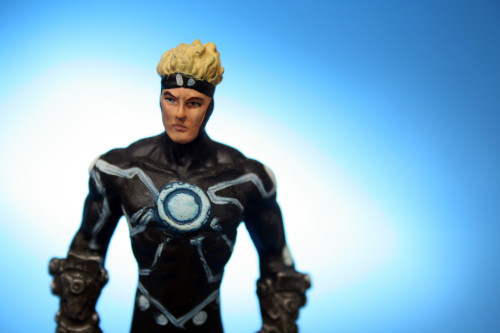 Havok is the newest X-Man included in the line of lead Classic Marvel Figurines by Eaglemoss. Most of the pieces released in this line can be classified as very good or very bad, but this one is something of a mixed bag.

Standing in scale with the rest of the figures in this line (around four inches tall), Havok comes with a profile magazine like the rest of the Classic Marvel Figurines, and he’s standing on a small square base that matches all the other releases. There are no problems whatsoever with the sculpt this time. In fact, the detailing on Havok’s face, as well as on his gauntlets, is downright impressive for this medium and scale. The Classic Marvel Figurines usually have good sculpts, though, so this isn’t all that surprising. 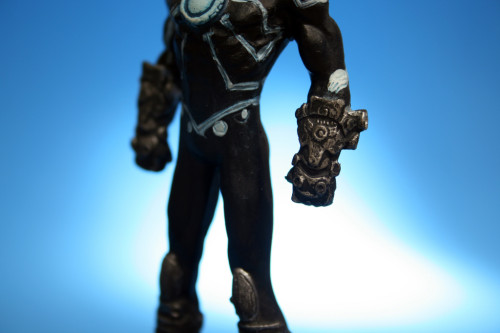 When the CMF figures fail, it tends to be in the paintjob, and that’s the case here as well, although the paints aren’t completely botched (ala Psylocke). The metallic covering on the gauntlets looks nice, and Havok’s face and hair really look great and detailed. In fact, everything about this figure looks just fine except for any area that’s painted light blue. I suspect the same person on the assembly line did all the light blue work for each figure, and the rush job really shows. Granted, they probably were paid a pittance in the factory for doing it, but that doesn’t stop the botched paints from being an eyesore on what otherwise would have been a very nice piece. 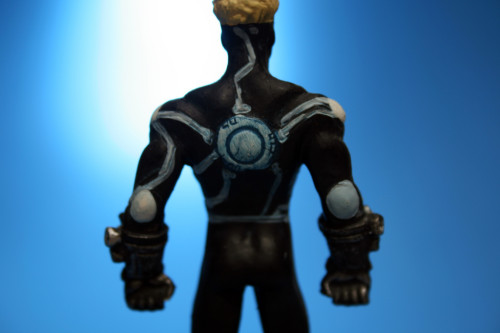 It’s easy to see how unevenly the light blue was applied on the forehead, as well as on the chest, back, stomach, and arms. Whereas the rest of the paint job is tight and looks good, this is just sloppy and meandering. When we can buy action figures for less than $10 that have been hand painted in a factory and look perfect, I just don’t understand why so many of these Classic Marvel Figurines, clocking in around the $10-$12 mark, continue to have so many paint issues. It’s a shame, because I love the concept of the line, and the depth and breadth of characters they’ve selected are awesome. 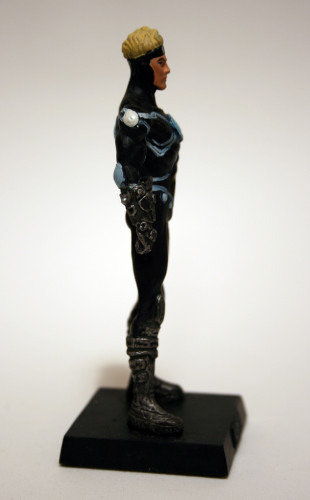 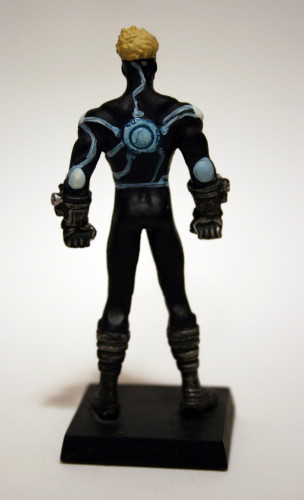 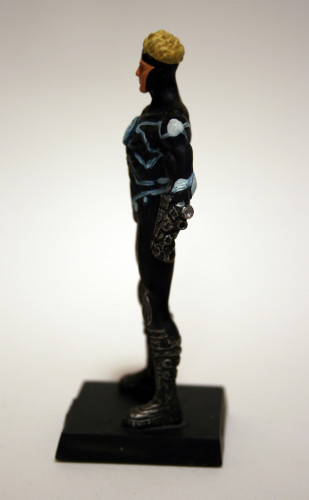 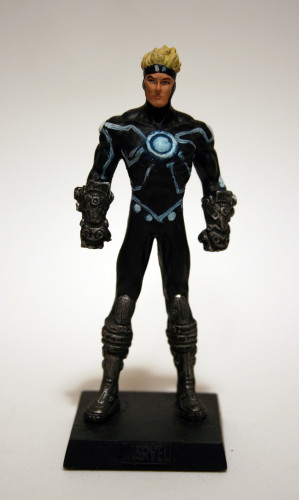