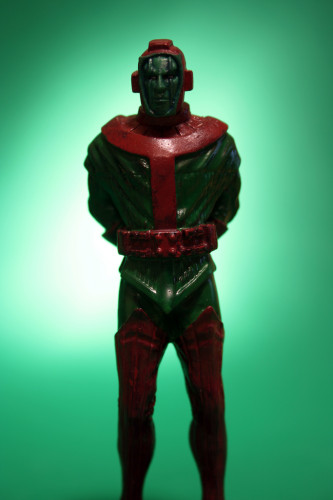 Time for another review of a Classic Marvel Figurine from Eaglemoss! This time it’s Kang, the time traveling villain from The Avengers.

Kang is the seventy-third figure released in the Classic Marvel Figurines line. In keeping with tradition, he’s a painted lead figure that comes with a magazine-sized booklet about the character and his history. The Kang figure stands just under 4″, which makes him a bit taller than nearly all of the other figures in the line (including the recently released Iron Man Mark I movie edition figurine). After consulting the Marvel Wiki, I found that Kang is supposed to be 6′ 3″, which is tall, but I don’t think that would make him taller than a fully Mark I suited Iron Man or Hercules (who is listed at 6′ 5″ in the Marvel Wiki). Kang’s extreme height is pretty obvious when he’s displayed with the other characters, and it really does seem to just be a scaling error. 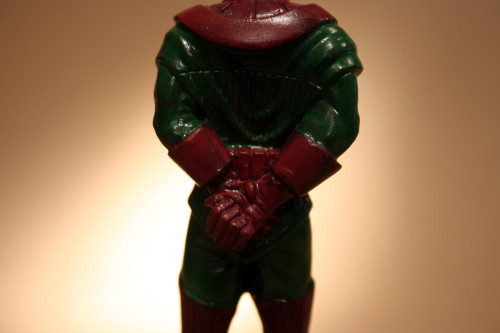 Kang is posed standing upright with his hands behind his back in a suitably villainous stance. It fits the character, but honestly it’s a kind of boring pose. Additionally, a rather plain version of Kang was chosen for the figure. Occasionally Kang has been known to wear a cape in the comics, and he often poses more dynamically, reacting to an attack or taunting the Avengers with his temporal manipulations. The figurine gives us Kang sans cape and without any sort of dynamic action at all. 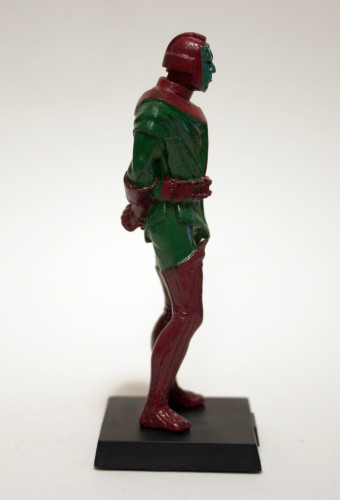 Lack of excitement and scaling problems aside, the sculpting and paints are done well here. As I’ve said in other recent reviews, Eaglemoss’ quality definitely is increasing on these Marvel pieces. Earlier in the line, shoddy paints and big, visible blobs on the sculpt were to be expected. Now I have no qualms in displaying these things alongside my more expensive (and bigger) Marvel collectibles.

The Kang figurine is a neat addition for fans of the Avengers or CMF completists, but the boring nature of the figurine and the weird height make me hesitate before recommending it generally. 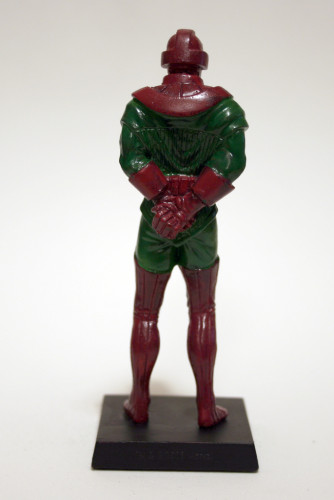 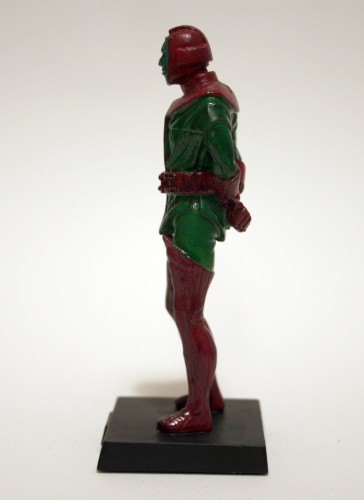 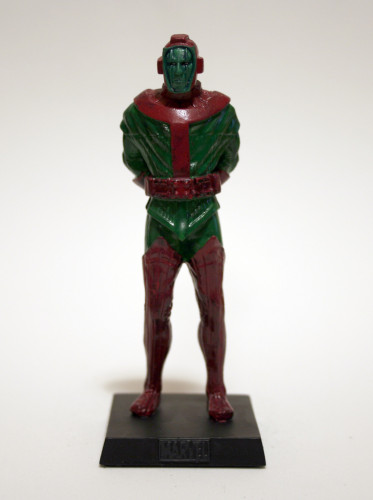