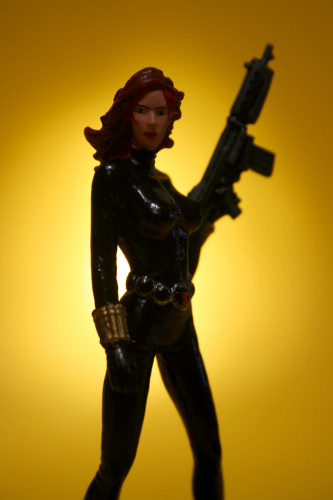 Several new Classic Marvel Figurines from Eaglemoss have hit stores in the US over the past few weeks. Here’s my review of the first of this newest batch, Black Widow.

The Black Widow figurine stands around 3.5″ tall, from the bottom of the base to the top of her gun. The character herself is around 3.25″ tall. She’s a little shorter than most of the characters who have been featured in the series so far, so her scaling works well. And as with all the other CMF releases, she comes as a painted lead figure, accompanied by a cool magazine-style guidebook to the character and her history in the Marvel Universe. 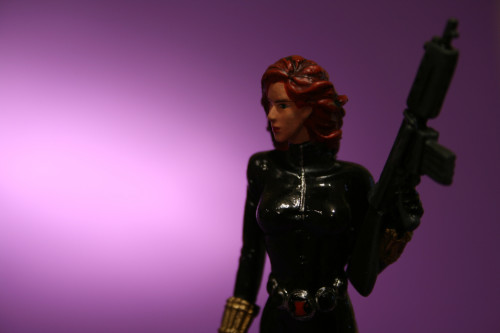 She’s posed in a very Widow-ish stance, half turned away and with a big gun raised in her left hand. The overall piece is based on Greg Land’s iconic Black Widow cover that shows her in this same pose. There are a few detail changes, such as that the figurine is wearing the Widow stinger bracelets, while they’re missing from the drawing, but overall it’s a pretty faithful translation from page to lead.

I’ve had a lot of complaints in the past about the quality of the paintjobs on these figurines, and I finally think Eaglemoss has gotten their act together. The paints on Black Widow (as well as on the other recent releases in this line) look superb, especially considering the small scale and medium. The sculpting is spot-on as usual, which is a big strength of the Classic Marvel Figurines. They’re tiny collectibles, but the sculpting always packs in a lot of detail. Now the paints seem to be catching up in quality, and that really pleases me. 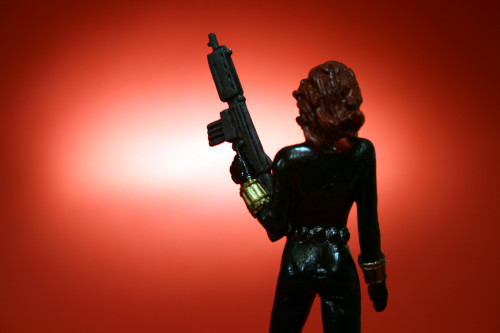 I really have no complaints about this figurine, and she’s a welcome addition to the ranks of Eaglemoss’ collection. 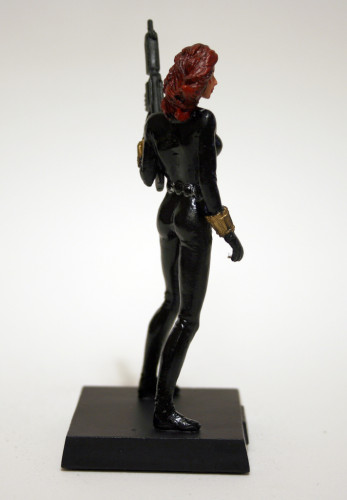 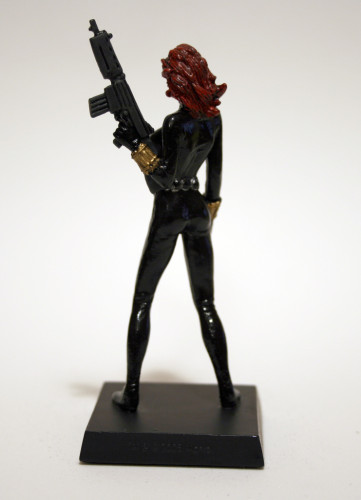 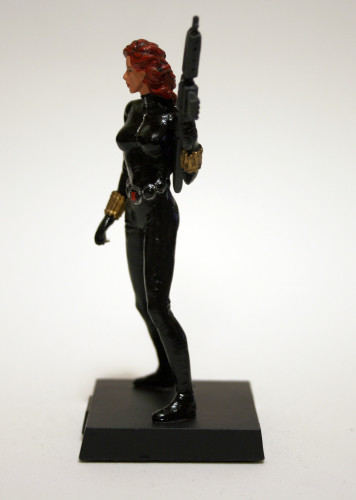 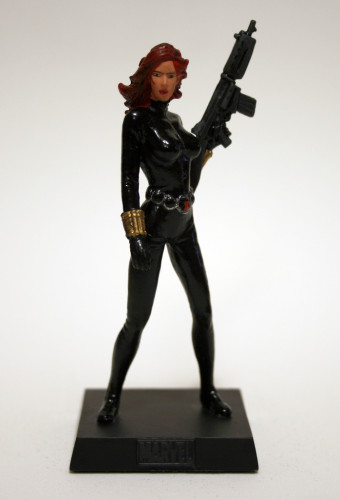