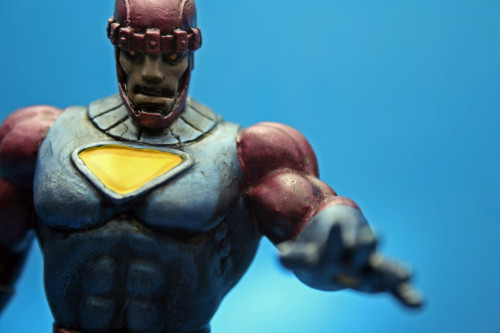 Eaglemoss has released their next super-sized piece in the Classic Marvel Figurines line, and it’s a mutant hunting robotic Sentinel! Here’s my review with photos.

The Sentinel figurine is a big fella, next to his CMF brethren. He stands a full 5.5″ tall, while most of the other characters measure between 3.5″ and 4″ tall. The Sentinel is a weighty piece as well, bearing a lot of bulk with his oversized base. The black square base matches the rest of the bases in the series, but this one is about 2.5″ by 2.5″, as opposed to the usual 1.5″ by 1.5″. The only other figurine released so far in this line that towers in the range of the Sentinel is the previously released Galactus. 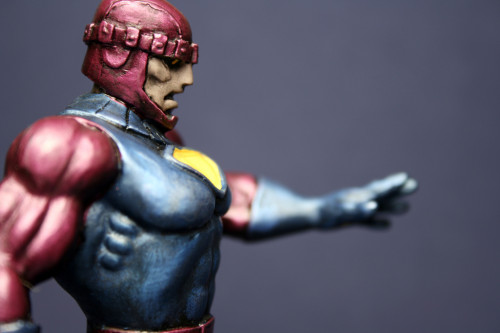 As with the big Galactus figurine, scale really pays off for the Sentinel. Often the CMF figures suffer from being tiny when it comes to detailed paintjobs, but the extra surface area helps the paint really look good on this guy. The sculpting, as usual, is very good, especially for a lead figurine like this. The paints on this one are mostly metallic colors, set off with some really nice shading. The overall result is one of the nicest additions to the Classic Marvel Figurines line. 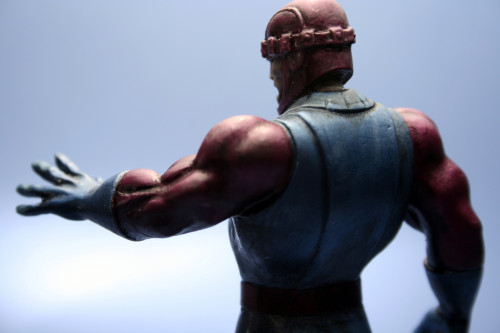 As with all the rest of the CMF pieces, the Sentinel comes with a magazine-style book telling the history of the robots in the Marvel Universe. And as with the oversized figurines, he also includes a little poster featuring art of the Sentinels. I really have no complaints about this release, and he’s an awesome addition to the line and to any CMF or X-Men collection. 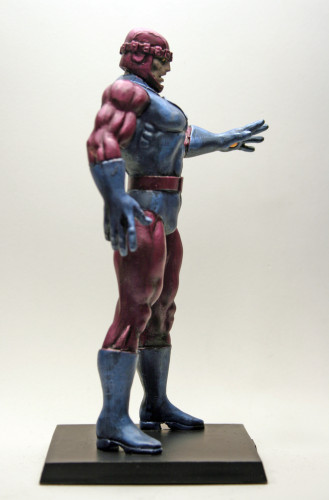 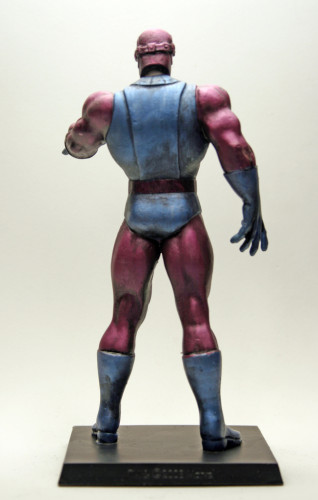 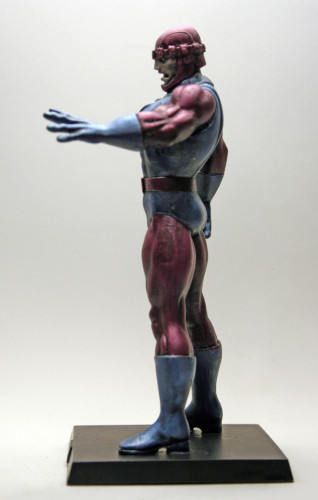 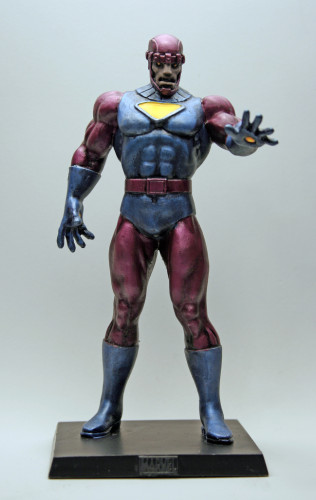