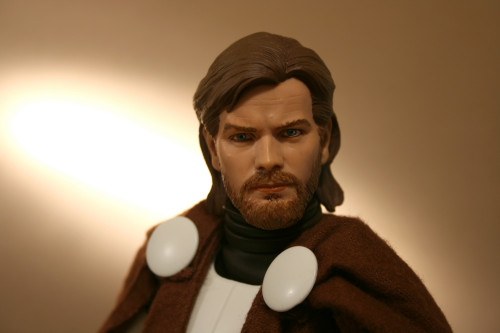 There’s no question that Sideshow Collectibles has made some of the very best Star Wars 1/6 scale collectibles ever produced, and they’re only getting better. Here’s a look at their recently released General Obi-Wan Kenobi 12″ action figure.

General Obi-Wan Kenobi is the third addition to Sideshow’s 12″ line to come specifically from the Clone Wars cartoon series (the previous two being Asajj Ventress and Padme Amidala in her Ilum gear). Cutting straight to the chase, this is one of the most impressive pieces in Sideshow’s Star Wars action figure line, and it very likely is one of their most impressive 12″ figures overall to date. This Obi-Wan is available in two variations: the standard one that is reviewed here, limited to 3500 pieces, and a Sideshow exclusive edition that comes with a holographic Captain Rex figure, limited to 1500 pieces. 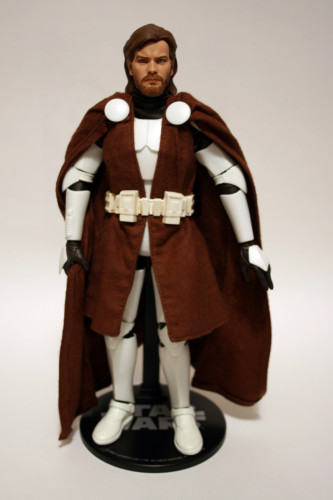 This is Sideshow’s first armored addition to their Star Wars action figure line. They’ll be following up with a Stormtrooper, Darth Vader, and a Clone Trooper before long, but Obi-Wan has the distinction of wearing the segmented faux-plasteel first. Given the significance of this release, it’s no surprise that Sideshow has deviated from the previous body type they’ve been using for their 12″ Star Wars figures. Instead, they’ve gone with a Hot Toys 1/6 scale body for this one, and the quality really shows. Hot Toys is a Hong Kong based toy company with a stellar reputation in the 12″ market, and their bodies are reputed to be able to pose into an incredibly vast variety of positions. 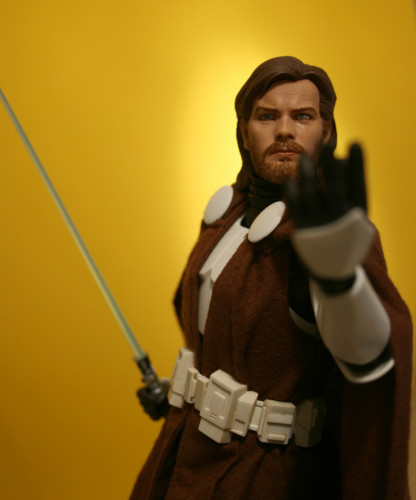 The superbly crafted body is covered with the traditional black trooper bodysuit. Unlike previous companies’ efforts that used a black nylon or spandex suit, this one from Sideshow has more of a vinyl feel and features some subtle ribbing details that really are impressive when you examine it closely. The bodysuit even includes an authentic “turtleneck” at the top that looks and feels much better than previous trooper figures’ plastic rings that usually appear around the neck. Over the bodysuit comes the armor itself. Most Star Wars armored figures in the past have come with their armor plates built as single pieces or attached unrealistically to the figures’ bodies. This armor is the real deal, though, and comes segmented and fitted onto the body as it should be. Obi-Wan wears his brown tunic and cape over the armor, and there’s a Stormtrooper utility belt over that to finish the outfit off. 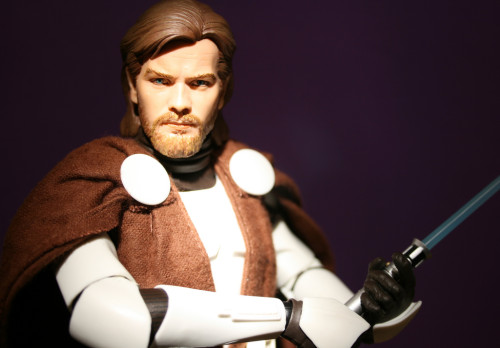 Obi-Wan comes with an assortment of accessories as well. In addition to multiple interchangeable hands, he also features lit and unlit lightsabers and a Star Wars display base to match the rest of Sideshow’s 12″ Star Wars releases. I’ve found that it’s a lot easier to change out the hands on this Hot Toys body than it is on the standard Sideshow body. The wrist joint is built onto Obi-Wan’s hands instead of onto the arm, so putting on a new hand is a simple matter of plugging a peg at the end of the wrist into the hole in the arm. There’s no more pushing and wiggling of little pegs into rubbery holes as there’s been in the past. 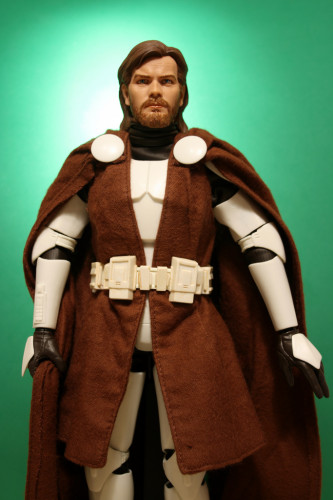 Even though this version of the character appears only in the cartoon series and not in the movies, the figure still bears the likeness of Ewan McGregor. It’s a very recognizable likeness, and he appears as he did in Episode 3, as befitting the timeline of The Clone Wars. This is a fantastic Star Wars collectible and should be a welcome addition to your collection. After being let down by the Aayla Secura 12″ figure, I’m very happy to see this kind of outstanding quality returning to the series. 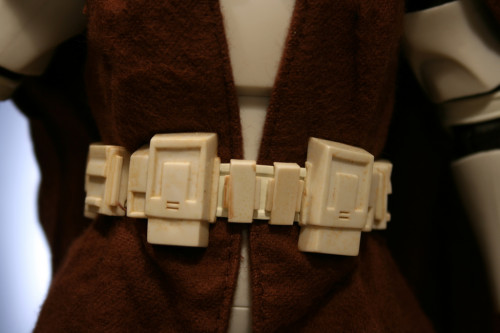 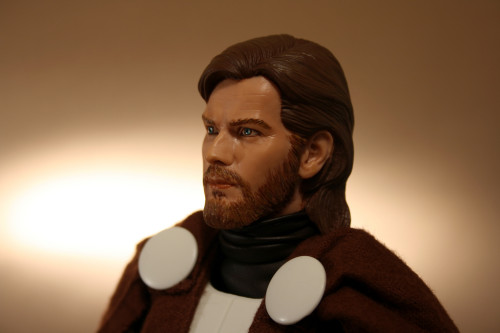 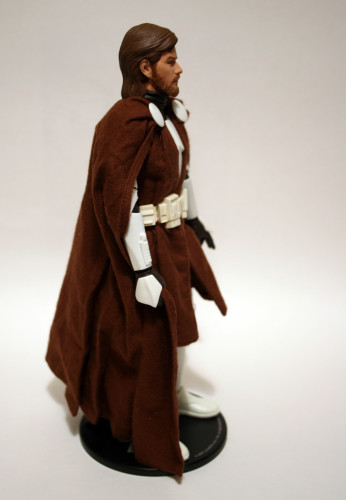 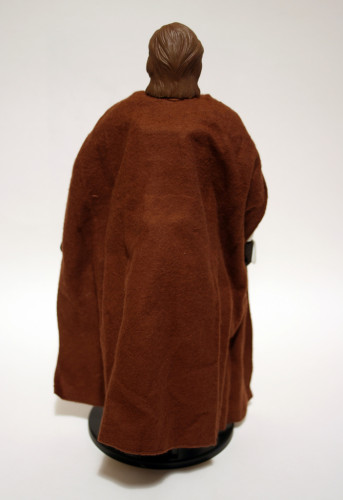 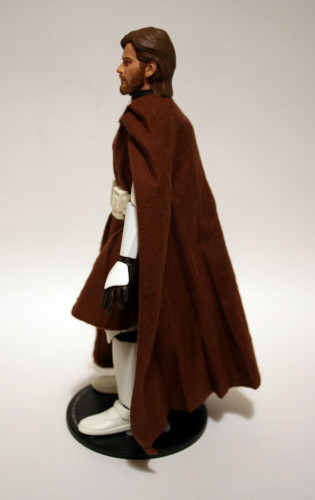 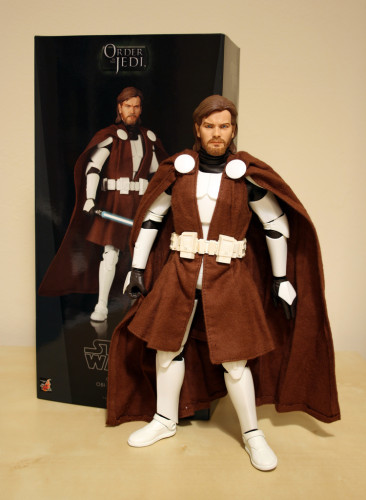