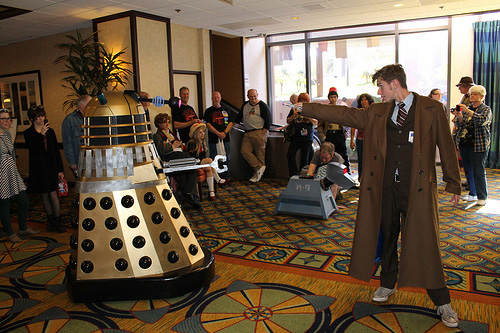 My convention schedule revolves around Gallifrey One. If I have a choice between Gally (as the attendees nickname it) and any other convention, Gally will always win. If that means not going to three other conventions so that I have the money to fly to LA, it’s worth the concession. This year I left for Los Angeles two days before the convention was due to start, so that I would have time to relax, adjust to the time difference, and possibly see some of the city. I still haven’t seen LA, but I don’t feel like I’m missing much, considering how much of my Gally experience revolves around… well, Gally.

The convention offically began on Friday, February 17, 2012, though people arrived at various times before that. From Wednesday on (as far as I could tell), there were groups of Doctor Who fans scattered throughout the LAX Marriott, reuniting with old friends, meeting new ones, and generally just having the beginning of a massive Doctor Who party. By Thursday night, the excitement was in full swing, and the convention was still a day away from its start.

And then came Friday morning. It was officially time for Gally to begin. I’ll preface this by saying that while I intended to make it to panels, I didn’t get to nearly as many as I’d hoped. Gally is full of amazing distractions, from the dealers room, to friends, to costumes, to Daleks roaming around the hallways. And I am very easily distracted. 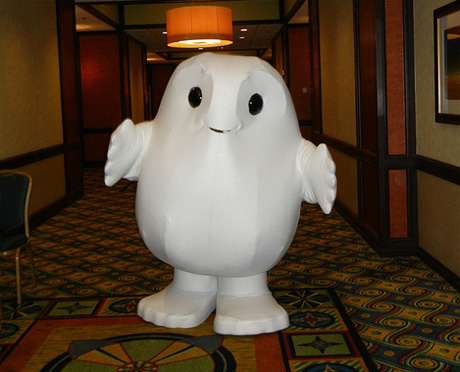 The first panel of the weekend was Gallifrey 101, which I didn’t attend, as a third year Gally attendee. The Friday highlight for me was the live recording of one of my favourite Doctor Who podcasts, Radio Free Skaro. They interviewed Camille Coduri, Barnaby Edwards, Simon Fisher-Becker, Toby Haynes, and Gary Russell. I can’t possibly describe (or remember) everything that was said, but the episode is available on their podcast feed (#295).

I had wanted to sit in on the IDW Comics: 2012 Preview panel after that, but as I said, distractions reign supreme. I wandered into the dealer’s room and forgot to wander out. I didn’t actually buy anything, but the sensation of being surrounded by Doctor Who merchandise is a bit addictive. Action figures, books, jewelry, t-shirts, almost anything you can imagine was there, and it was calling out to me. But the first day is for looking, the next is for spending money. 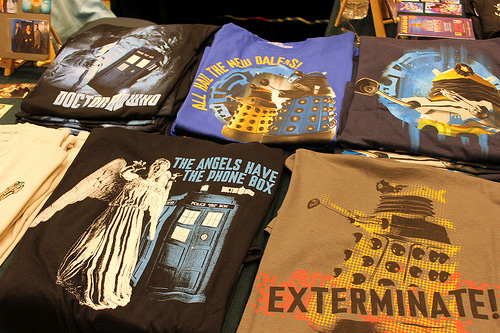 The afternoon found me sitting in a panel I hadn’t expected to attend — The Directors: Toby Haynes and Richard Senior. I’m fascinated by the behind the scenes aspects of film and television making, but I’m from a theatrical background, so it was always the technical bits that interested me, not the directing. But I’d had the pleasure of meeting and talking to Rich and Toby prior to the start of the convention, and I wanted to hear their viewpoints and insights on creating Doctor Who from a professional, rather than a relaxed discussion over drinks, perspective. I was stunned to discover how fascinated I was. I hadn’t realised how much of film/tv directing overlapped with the technical side of live theatre. I never used cameras for the stage, and that’s really where the difference lies. Both positions involve “people wrangling,” and communicating how to tell a good story. I wish the panel could have longer, the hour that was allotted to it simply flew by.

Later that afternoon, I decided to sign up for the Kaffeeklatsch with Matthew Dow Smith and Joshua Hale Fialkov. Kaffeeklatsches are small discussions with one or two guests and approximately twelve convention attendees. I’ve been to a few over the years, and my favourites have always been with the people working on the comics. Matt is one of the artists for the IDW’s Doctor Who Ongoing series and Josh is the current writer. I didn’t say much during the kaffeeklatsch, but I love to listen. I have absolutely no background in comics, and I honestly never realised exactly what or how many people went into making a comic. My interest is really only a few years old, and I feel so lucky that I’m getting to find out how it works from people who are part of that world. As the last event of the daytime hours, we were never kicked out of the room, and our discussion eventually migrated outside, where I was given advice on what comics to read next from people who work in them. 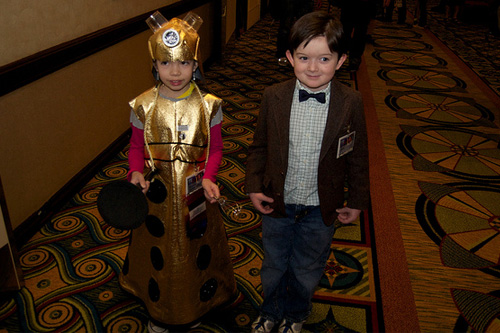 I opted to skip Opening Ceremonies in preference of getting dinner (lunch? breakfast?) It’s hard to remember to eat at conventions. The evening/night was a time of parties, discussions, arguments, suggestions, and newly forming friendships. The evening continued late into the night, and after too few hours of sleep, Gally awoke to Saturday.

Saturday started with coffee and another comics panel, this time IDW: From Idea to Printed Page. Again, I’m stunned to discover how much I don’t know about how a comic is made. I’m starting to get a better idea though, and the next comic book convention I go to, I may even have some intelligent questions to ask the guests.

Autographs took up quite a bit of the rest of the day, but I had the opportunity to speak to Richard Dinnick, Peter Anghelides, Graeme Burk, Nigel Fairs, Robert Smith, Simon Guerrier, and Barnaby Edwards. And as most of them were in the open autograph rooms, there were no lines, and I got to say more than, “It’s nice to meet you. Thanks for coming.” Five years ago, that’s all I would have been able to vocalise; now, I hang around and talk for fifteen or twenty minutes, because I can.

The focal point of Saturday night is the Masquerade. Which I admit, I don’t go to. Three years, I’ve never made it past the doorway. I’m very claustrophobic, and the idea of that many people in one room terrifies me. But I did find other non-masquerade friends and we ordered dinner, which we spread out all over the lobby floor and didn’t get stepped on due to crowds. Saturday night also found me getting more comics suggestions from both convention attendees and guests alike. I’m still a little overwhelmed, but I have direction now. 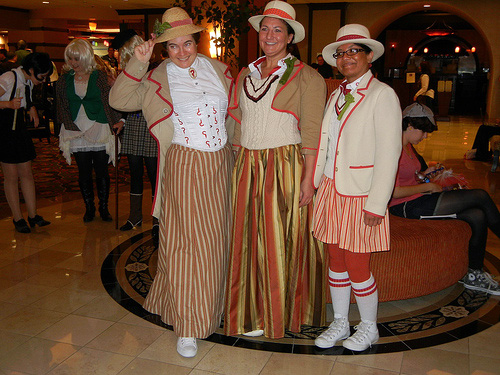 And then there was Sunday. Sunday is always rather bittersweet, because everyone knows the convention is ending but no one wants to admit it. I missed the “Let’s Kill Hitler” live commentary, but made it to the Inspector Spacetime panel. For anyone who doesn’t know, Inspector Spacetime is a show within the show Community, and I see it as a tribute/homage to Doctor Who. The man who plays the Inspector, Travis Richey, was on the panel, and introduced us to the Inspector Spacetime web series. The entire panel was brilliant, and I (unintentionally) took video of the entire thing. If you’d like to see it, it’s here. Sorry about the shakiness.

The afternoon consisted of food, coffee, friends, and eventually finding my way into Toby Haynes and Richard Senior’s kaffeeklatsch. By Sunday, Toby and Rich had become the rock stars of the convention, and I still saw them as two cute British strangers I had met my first night in LA. It made for an interesting discussion. And I finally got my wish of having a longer than an hour panel with the pair. We received our five minutes to end the discussion warning, and then no one ever told us we were out of time. At almost half an hour past the official ending time, we finally vacated the space, and I was still ready to talk some more.

And so Gally ended for another year. The celebration lasted late into the night, even into the next morning for some people. Leaving is always hard, but knowing that we can continue next year tempers the pain. The internet makes the world a much smaller place, and thanks to that and to Gallifrey One itself, the person who said, “Come to Gally and you’ll be surrounded by thousands of your closest friends,” isn’t wrong. If you’re a fan of Doctor Who and you haven’t been to Gallifrey One yet, come next year. You’ll meet friends you didn’t know you didn’t have yet. And if you have been there, you’ll know it’s true.

conventions, doctor who, Gallifrey One