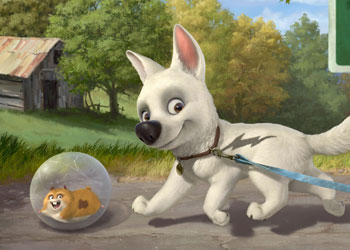 Here’s another opportunity to win the Bolt soundtrack, featuring the music from the Disney film! Reply to this post and tell us your favorite Disney movie. All responses received by 11:59pm Eastern on Friday, February 16, will be entered in the drawing.