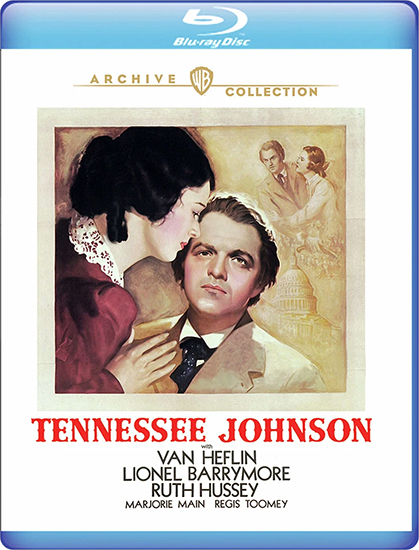 This film provided M-G-M an opportunity to showcase the impressive talents of studio newcomer Van Heflin, who had just earned a Best Supporting Actor Oscar(r) for the 1941 crime hit Johnny Eager. The studio found an ideal role for Heflin in Andrew Johnson, the Tennessee tailor-turned-senator who broke with the South, rose to the vice presidency under Abraham Lincoln and soon became – after Lincoln’s assassination – the first U.S. president to face impeachment. With inspired direction by William Dieterle, Heflin convinces as Johnson “by the sheer sincerity and strength of his performance” (The New York Times). Studio stalwart Lionel Barrymore portrays Johnson’s nemesis, Thaddeus Stevens, and Ruth Hussey plays Johnson’s devoted wife.

Tennessee Johnson is now available from the Warner Archive, and we have one copy of the Blu-ray to give away to a lucky winner! You have from now through midnight Eastern time on the night of Wednesday, December 2, 2020, to get your entries in. Take a look at the form below to see all the ways you can enter.