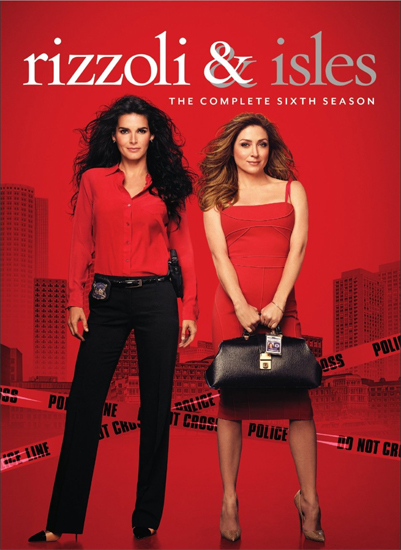 In Rizzoli & Isles: The Complete Sixth Season, Jane and Maura are put in charge of investigating a number of challenging criminal cases. The duo gets wrapped up in the world of competitive bass fishing when a leading champion tournament fisherman is killed. The team must solve the murder of a victim who is found buried in a shallow grave. When a teenage girl’s body is found inside of a cage, the duo sets out to find her killer. Jane and Maura investigate the murder of a college student, who they learn had 32 girlfriends.  The duo’s detective skills are put to the test when they investigate the case of a dog trainer who is found dead at her home and the prime suspect is her champion Rottweiler.  Jane and Maura travel to Los Angeles to investigate a murder that has connections to Boston. Season six is loaded with several more captivating new cases that promise to keep viewers on the edge of their seats.

Rizzoli & Isles: The Complete Sixth Season releases on DVD on June 7, and we have three copies to give away to lucky winners! You can enter to win anytime between now and midnight Eastern time on the night of Wednesday, June 8, 2016. Take a look at the form below to see all the ways you can enter.