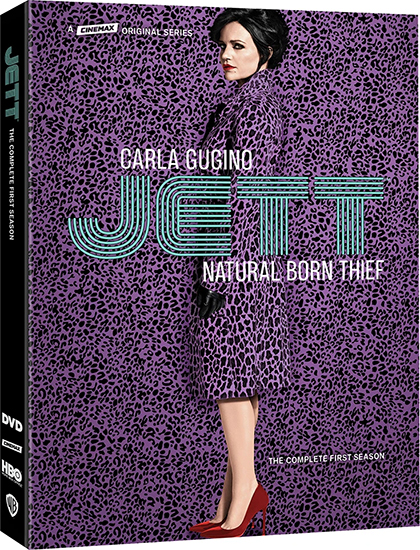 Prizing for this giveaway was provided by Warner Bros Home Entertainment.

Carla Gugino (San Andreas) stars as badass world-class thief Daisy “Jett” Kowalski in the stylish and sexy Cinemax® crime series Jett. Fresh out of prison, Jett tries to stay on the straight and narrow after the birth of her child, but when powerful crime lord Charlie Baudelaire (Giancarlo Esposito) enlists her for a jewel heist in Cuba that will see her reunited with a former flame, Jett goes back to doing what she does best. In Season 1, over the course of nine episodes filled with action, suspense and plot twists, Jett deals with the fallout of the heist as she deftly navigates shifting loyalties while trying to protect her daughter.

Jett Season One released on Blu-ray and DVD on July 21, and we have one copy of the DVD pack to give away to a lucky winner! You have from now through midnight Eastern time on the night of Wednesday, August 5, 2020, to get your entries in. Take a look at the form below to see all the ways you can enter.