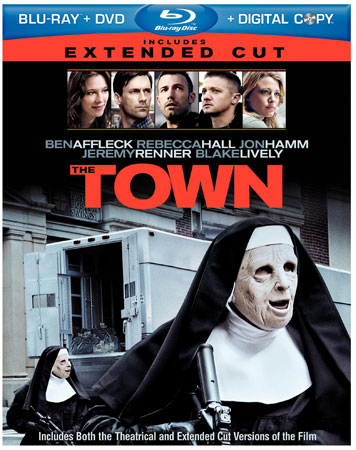 Ben Affleck tossed his hat into the heist movie ring earlier this year with his Boston-set crime drama, The Town. The movie hit stores as a Blu-ray combo pack this month, and here’s a look at the release from Warner Bros.

Following in the tradition of crime films like Reservoir Dogs, The Italian Job, The Usual Suspects, Dog Day Afternoon, and Heat, The Town takes its place in the pantheon of big screen heists. The titular town is Charlestown, a Boston neighborhood reputed to be the spawning ground for decades of bank robbers and crooks. Ben Affleck, the director and co-writer, stars as Doug MacRay, the current generation in a family of crime. 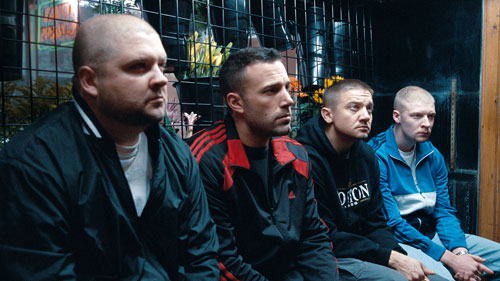 The Town opens with MacRay, his lifelong friend James Coughlin (Jeremy Renner), and two other pals and thugs knocking over a bank in Cambridge and nabbing the bank manager Claire Keesey (Rebecca Hall) as a hostage. They manage to escape with the loot and drop Claire off without being caught. Mad Men‘s Jon Hamm plays Adam Frawley, the FBI agent assigned to the case, and he begins a dogged investigation into the robbery, determined to nail MacRay and his cronies. Claire reenters the picture when MacRay, supposedly checking up on her to make sure she couldn’t identify her abductors, begins dating her without revealing that he was her abductor.

The complicated and intense relationships between the robbers, Claire, the cops, and the town itself form the backbone for this intensely gripping drama. As with any good heist movie, the real tension begins after the crime is finished, and we get to see characters and their world merge and unravel in a fascinating game of deception, greed, and ambition. The Town stands tall among the heist films that came before it, and it upholds the traditions of the classic crime movie while injecting the genre with a personal connection no doubt borne from Ben Affleck’s own life in Boston and the surrounding areas. 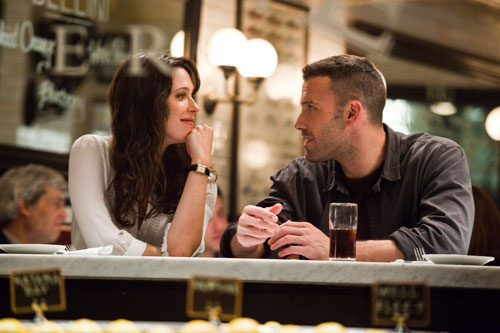 As with all the Blu-ray combo packs Warner has been releasing, this one comes with both the Blu-ray and DVD versions of the film, and there’s also a pamphlet included with a code for a free digital download of the movie. Having the DVD on hand is a nice extra, but these days DVDs are almost an afterthought. Such is the case here, as the DVD contains only the theatrical cut of the movie and no extras.

The Blu-ray version is where all the really good stuff resides, and it’s presented in a fantastic and intuitive way. Both the theatrical version and the extended cut (which adds nearly half an hour of material) are present, as are commentaries for both from Ben Affleck, as well as a Focus Point feature called Ben’s Boston. Ben’s Boston is a collection of six behind the scenes featurettes that total to around 30 minutes of footage. The featurettes are available from a separate menu, but you also can select to play the movie with them inserted. When you reach a Focus Point, the movie will pause to play the installment of Ben’s Boston and then resume once it finishes.

Ben’s Boston can be turned on and off from the main “Play” menu, as can the audio commentary, for both the theatrical and extended cuts. An added bonus for the extended cut is that you can toggle on or off a little icon that appears on the screen whenever you’re watching footage that was not in the theatrical version. It’s a very useful little addition that makes a big difference. 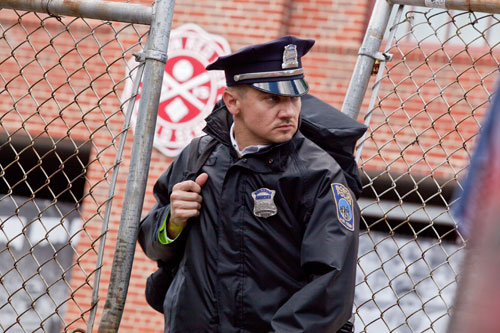 The Town is a fantastic movie that will appeal to anyone who loves the crime genre. I ranked it as one of my five favorite movies of 2010 in the Fandomania year end wrap-up, so I already had an affinity for this one going in. The movie looks and sounds great on Blu-ray, and the special features complete the package.