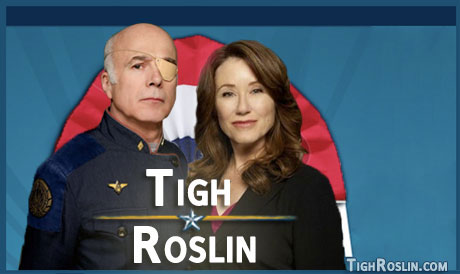 If you’re jaded by all the campaigning and haven’t yet chosen your candidate for the presidential election, might we suggest a third party ticket?

Among the tough issues tackled on the official campaign website:

“The opposition has jumped at the opportunity to portray Colonel Tigh as elitist as he stumbled in a recent interview to answer the question on how many homes does he own. The question came out of nowhere, specifically since no one actually owns a home in the Fleet and most people sleep crammed in ship hangers or multiple people to a room.”