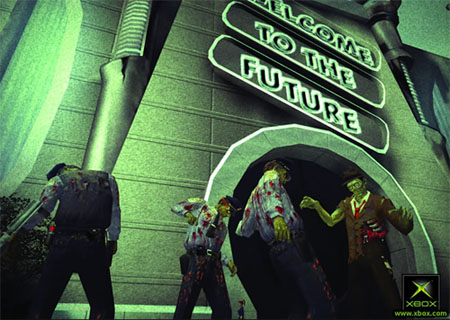 The next two games to be released as XBox Originals on the XBox 360 will be Stubbs the Zombie and Gauntlet: Seven Sorrows. Stubbs is a fun 50’s-era zombie game that was a sleeper hit on the original XBox, and Gauntlet is a hack and slash dungeon crawler with RPG elements. Both games will be available for download through the XBox Marketplace on Monday, May 19, and each will cost 1200 MS points ($15). Alternately, you could grab either game off eBay, complete with box, disc, and manual for less than ten bucks and save your 360’s hard drive space for things like Rock Band songs.