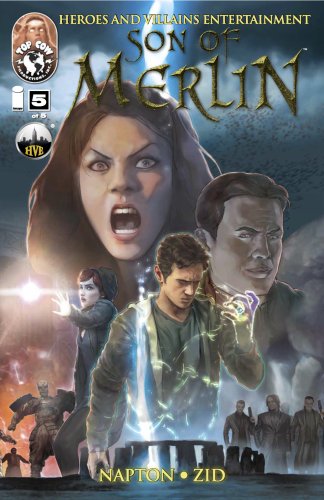 This is the final issue for Son of Merlin, but perhaps not the end of the adventures of Simon and Gwen. When we last left the duo, they were swimming in a deep pit of water and rapidly running out of breath. However, Simon is able to open the door that holds the Stone of Giramphiel, which is a ring, and they run into the third element, fire, and a squadron of wraiths. 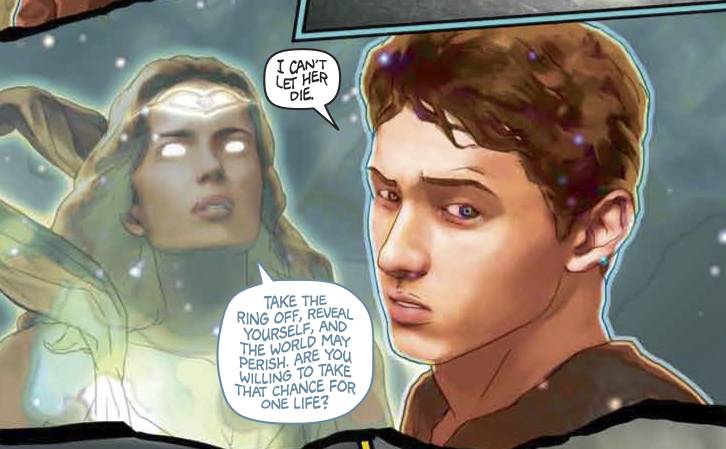 With that taken care of, Ywain shows up, mocking Simon for taking care of all the traps for him. Simon puts the ring on and meets the Goddess of Giramphiel, who made the Stone. She tests Simon to see if he is worthy. After a small fight, Ywain takes Gwen to Morgana, who has finally figured out that Simon is Merlin’s son.

Meanwhile, Simon gets to Stonehenge and waits for Morgana to show up. When she does, she immediately knows Simon is there and demands he help her. However, Simon botches the spell, which only amuses Morgana and horrifies Gwen. Morgana manages to unleash the Keres, but Simon uses his much advanced magical powers to win the day. 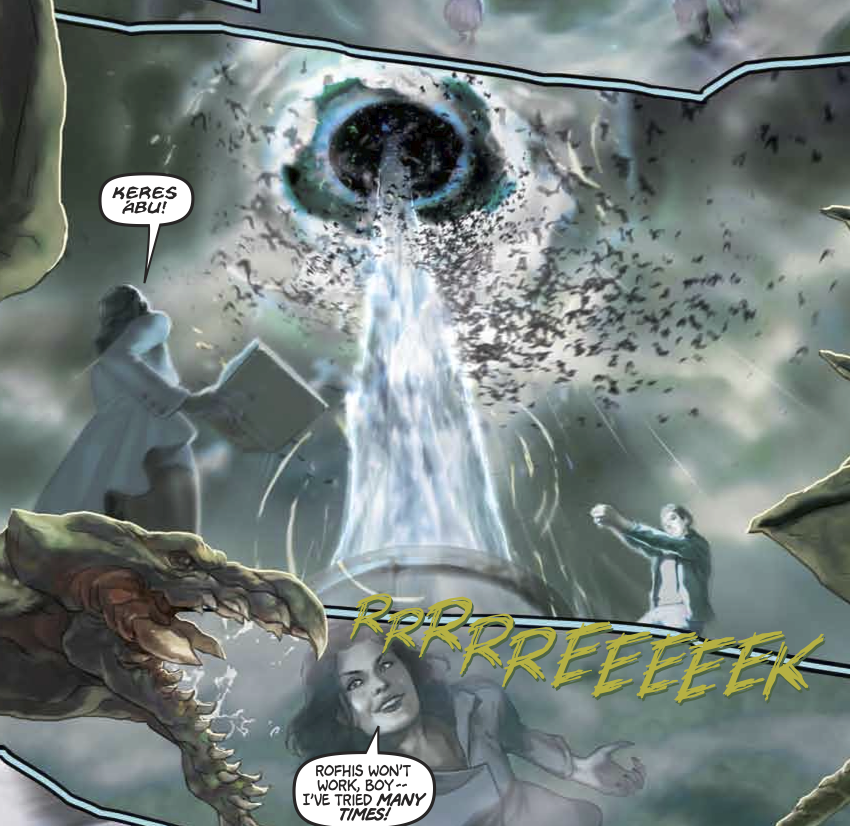 I really liked that Simon’s magical powers grew throughout the series and how comfortable and effortless it was for him to use them. In this final issue, he was using all of the things he had been taught and more, and used many spells at once, which people never expected. I thought the ending was very good and set up another series very nicely. I hope that Simon and Gwen do get to come back in a follow up, as I’d be very interested in seeing what happens with them next.