Scorpion is the Next DLC Character for Injustice 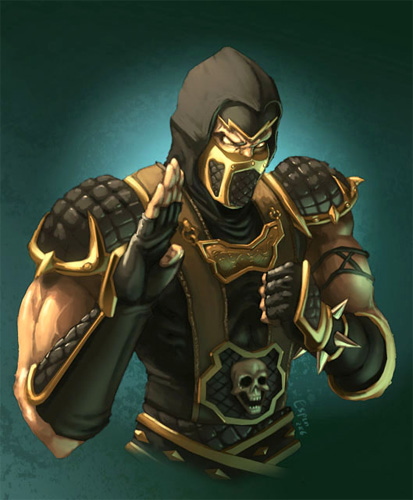 I posted my picks for possible downloadable characters for the excellent DC Injustice fighting game, but the newest character announced didn’t make my list, mostly because he’s not even from DC Comics. In a new video released today, comics creator and designer Jim Lee and Netherrealm Studios’ creative director Ed Boon announce that Mortal Kombat‘s Scorpion will be joining the ranks soon. An early rumor pegged Lobo, Batgirl, Scorpion, and General Zod as the four initial DLC characters, and the first three characters have fallen right in line with that. Even though Scorpion was expected, his announcement has been met with a bit of disappointment from fans who were hoping the roster would stay pure to the DC Universe. The end of the video seems to tease that Martian Manhunter could be the fourth DLC character, jostling Zod out of that final spot. Comments from Boon and others at Netherrealm have indicated that there could be even more DLC characters after this initial batch of four, so we can hold out hope that a few more of my previous picks will show up eventually.