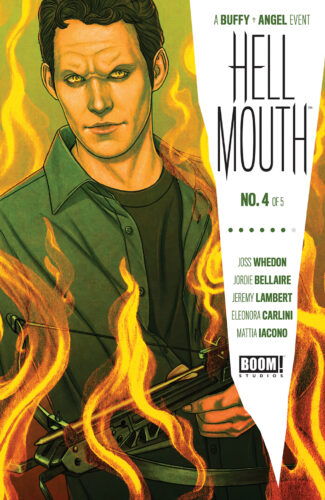 The Hellmother is restless, Buffy’s getting ticked off, and the series is nearing the end. What will become of Angel and Buffy once this is all over? And with either of them make it out of the Hellmouth unscathed?

We start the issue with the Hellmother doing her rantings, seeking to rule over everything and everyone. She just needed the parts of her plan to come to her – the body of a vampire and the blood of a Slayer. Now she has them and she’s not likely to want to lose them. Perhaps having them pitted against one another is a positive turn of events after all.

Switching over, we see Buffy and Angel are squaring off about her discovery of him being a vampire. I get it, the feeling of broken trust that Buffy’s going through. Here was the one ally she thought she could rely on, but turns out he’s the same type of monster she’s dedicated her life to kill. And everything that Dru is, everything she’s learned, it’s because of Angel’s guidance. Not a point in his favor. 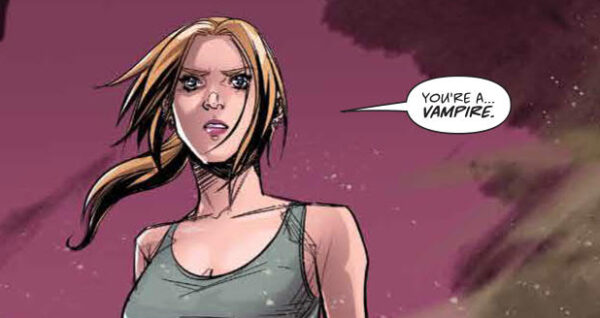 Even though Angel appears to be on her side, as evidenced by his continuing to fight beside Buffy when the demon horde attacks, trust is a delicate situation that can soon break. However, not being able to trust Angel doesn’t mean that heading off to the find Hellmother on her own is a wise decision. Separating the two of them makes both Buffy and Angel vulnerable, as we soon see.

First we get Augie calling forth the Hellmother so she can speak to Angel through the wall of fire she’s constructed. She manifests herself so that she can taunt Angel, lure him into giving himself over to her. And then we get Buffy facing off against a vision of herself. Vision!Buffy talks about the detrimental future that lays ahead, as she has been there and done everything alone. The key to success seems to be that Buffy doesn’t take it all on by herself. But trust issues may prevent Buffy from taking full advantage of that advice. 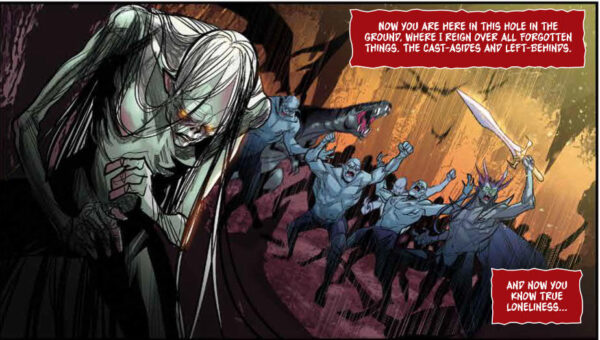 We end the issue with Angel emerging from the fire, now possessed by the Hellmother. If Buffy didn’t have trust issues before, this would probably cement it full force. Now she’s got to fight against an ally-turned-enemy, hopefully release the Hellmother’s control over Angel, and get them both out of there before Sunnydale falls into ruins. Quite a lot to accomplish with just one issue left!