Contest: Win the Official Novelization of The Dark Knight Rises! 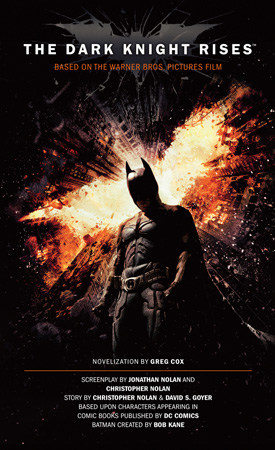 The Dark Knight Rises completes Christopher Nolan’s landmark Batman movie trilogy, and this week we are giving away copies of the movie’s official novelization to three lucky winners! Written by Greg Cox, the novelization of The Dark Knight Rises retells the story from the movie but also fills in some essential scenes and details that were left out of the film. You have from now through midnight Eastern time on the night of Monday, August 6, 2012, to enter. Check out the form below for all the details on how you can get your entries in.