Contest: Win The 100: The Complete Second Season on DVD! 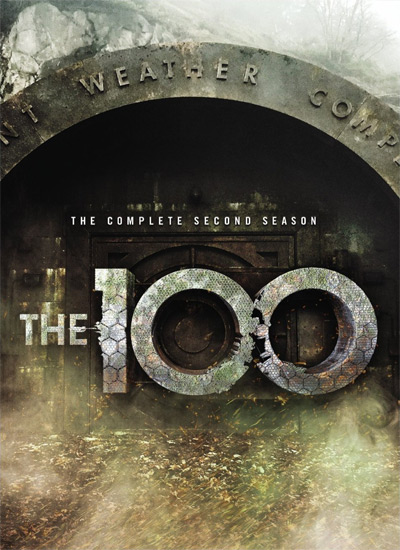 Set almost 100 years after mankind nearly destroyed itself in a nuclear Armageddon, the surviving members of the human race aboard the orbiting “Ark” space station take the first step to recolonize Earth, by sending 100 juvenile delinquents back to the planet’s surface to see if it is habitable.  In the first season, they discovered that the Earth is not quite what they imagined – and that they were not alone.  Survivors from the nuclear apocalypse have broken into dangerous factions including The Grounders, Reapers and Mountain Men.  The first season finale found all of the survivors of the Ark returning to the surface, while The 100 fought for their lives against the Grounders.  In Season Two, our heroes find themselves alternately challenged, supported and betrayed by their own people and alliances with the Grounders, but always manage to reach common ground in survival, as they face off against the lethal forces of Mount Weather, whose civilized environment masks a horrible secret.

Based on the bestselling young adult book by Kass Morgan, The 100: The Complete Second Season features all 16 episodes and is available to own on October 13. We have a copy to give away to one lucky winner this week, and you can get your chance to win if you enter anytime between now and midnight Eastern time on the night of Wednesday, October 14, 2015! Check below to see all the ways you can enter.