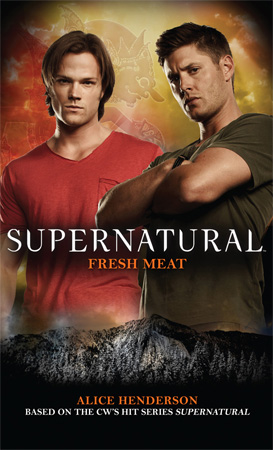 We have an awesome giveaway this week for fans of the CW’s hit series Supernatural! The new tie-in novel, Fresh Meat by Alice Henderson, released last week, and we have three copies to send your way. You have from now through midnight Eastern time on the night of Wednesday, March 6, 2013, to enter, so don’t miss out! You can enter through the form below.