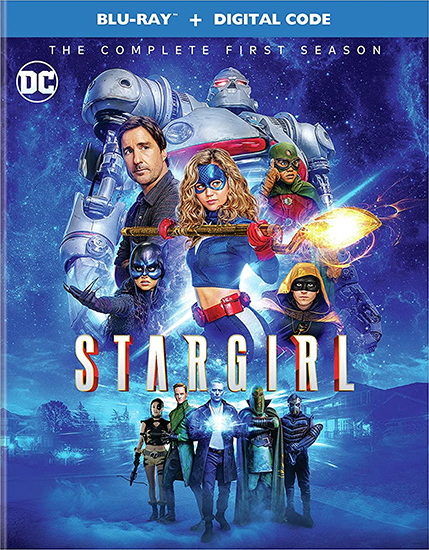 Focusing on the character that started creator Geoff Johns’ career in comic books, when he created her, lovingly inspired by his late sister who was killed in a plane explosion, new DC drama series, DC’s Stargirl follows high school sophomore Courtney Whitmore (Brec Bassinger) as she inspires an unlikely group of young heroes to take up the legacy of a long-lost Super Hero team – The Justice Society of America – and stop the Super-Villains of the past.

Stargirl: The Complete First Season released on Blu-ray and DVD on September 29, and we have one copy of the Blu-ray pack to give away to a lucky winner! You have from now through midnight Eastern time on the night of Monday, October 26, 2020, to get your entries in. Take a look at the form below to see all the ways you can enter.