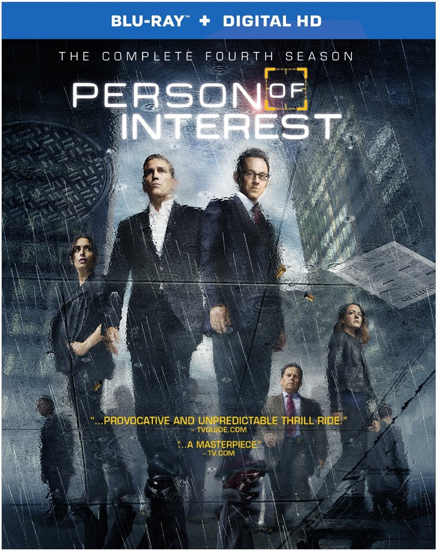 The fourth season of one of television’s most intriguing programs, Person of Interest, is set for release on Blu-ray and DVD on August 11. Person of Interest: The Complete Fourth Season features all 22 episodes from season four, plus two new featurettes, a gag reel, deleted scenes, and much more. We have a copy of this brand new Blu-ray up for grabs this week, and one lucky winner will bring it home!

You can get your chance to win if you enter between now and midnight Eastern time on the night of Wednesday, August 12, 2015. You can find all the ways to enter in the form below.