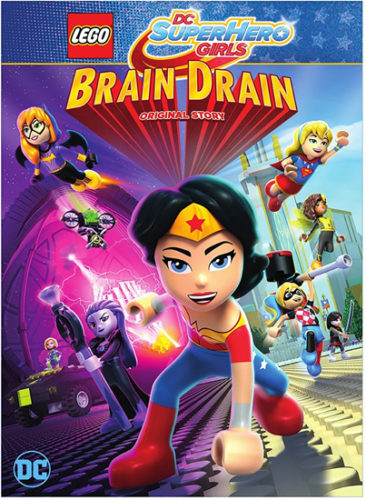 When Supergirl, Wonder Woman, Batgirl, Bumblebee and Katana suddenly realize they cannot remember a single moment from their Monday at Super Hero High, the young DC Super Heroes spring into sleuthing action! Suspecting foul-play, they band together to retrace their steps and uncover the mystery of who exactly stole their memories – and what nefarious plan might be afoot?

LEGO DC Super Hero Girls: Brain Drain arrives on DVD on August 8, and we have one copy to give away to a lucky winner! You have from now through midnight Eastern time on the night of Monday, August 7, 2017, to get your entries in. Take a look at the form below to see all the ways you can enter.