Impractical Jokers is a fantastic modern take on the hidden camera genre of comedy TV shows, and its first season arrives on DVD next week. The DVD box set packs in all 17 episodes from season one and promises hours of hilarity as four longtime friends dare each other to do increasingly ridiculous things in public and then record strangers’ reactions. If you’re already a fan or want to check out this show for the first time, we’re giving away Impractical Jokers Season 1 to a lucky winner! You have from now through midnight Eastern time on the night of Monday, November 25, 2013, to enter. Check out the form below to find all the ways you can enter. 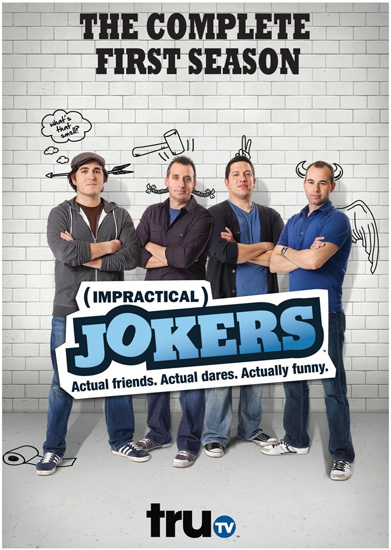