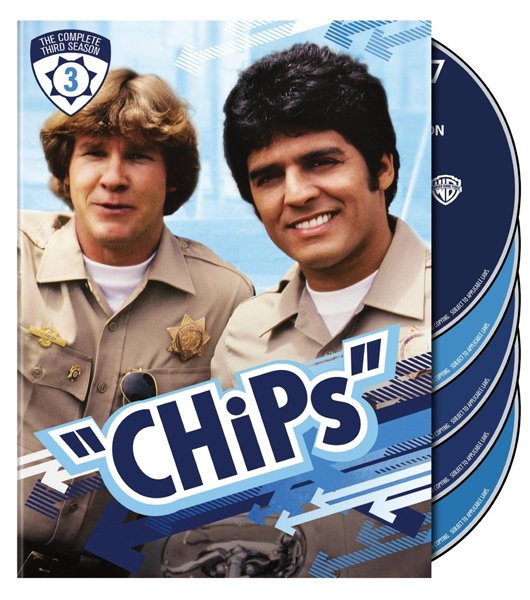 The action and fun of CHiPs continues in this wildly popular action-drama that stars Golden Globe nominated Erik Estrada and Larry Wilcox returning as high-spirited California Highway Patrol motorcycle officers Francis “Ponch” Poncherello and Jon Baker. Pursuing justice was never cooler as these two fearless partners take to the roads under the bright Southern California sun. Nothing stops them from joining the action… from high-speed car chases to confrontations with armed criminals… CHP officers Ponch and Jon are on patrol – ready, willing, and more than able- in this 5-disc collection of non-stop adventure. Warner Bros. Home Entertainment will release CHiPs: The Complete Third Season on March 3, 2015 for $29.98

If you’re a longtime CHiPs fan or if this is your first time checking out this classic series, we can help you out! This week we’re giving away copies of the new DVD set to three lucky winners. All you have to do for a chance to win is enter through the form below anytime between now and Wednesday, February 18, 2015.