Contest: Win Being Human Season One on DVD or Blu-Ray! 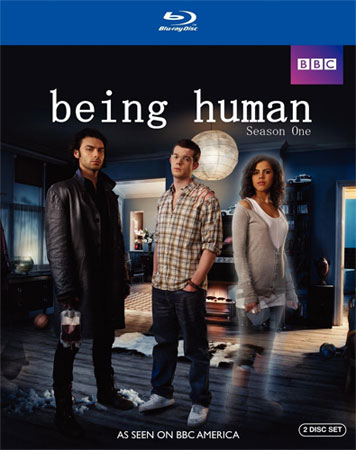 Take a ghost, a vampire, and a werewolf, and throw them into an apartment. Wait for hijinx to ensue. Such is the premise of BBC’s awesome show Being Human, and BBC America has provided us with copies of the first season on Blu-Ray and DVD to give away this week! Entering the contest couldn’t be easier. Just do either of the following:

Do either of the following and you’ll get one entry. Do both, and you’ll double your chances of winning by getting two entries.

You have until next Friday night, August 13, at midnight Eastern time to get your entries in. Good luck!