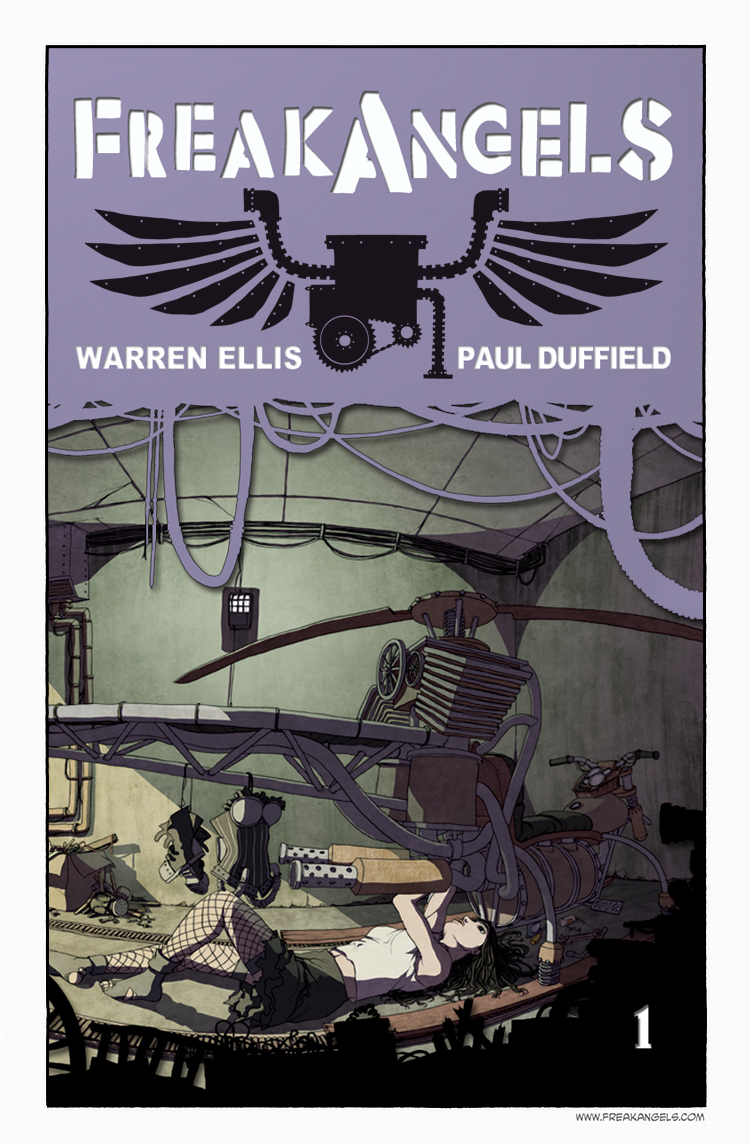 Freakangels is a free weekly web comic written by Warren Ellis (Transmetropolitan, Fell) and illustrated by Paul Duffield (The Tempest, Sojourn). The official summary does a better job of stating what this story’s about, so here it is: “23 years ago, twelve strange children were born in England at exactly the same moment. 6 years ago, the world ended. This is the story of what happened next.” This comic is intended for mature audiences. 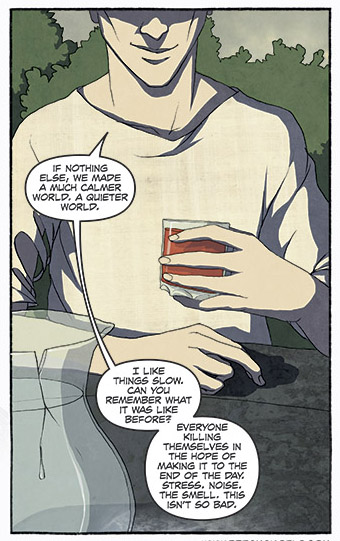 That’s the thing I really like about this series (well, one of many things); it’s not a story about how the world ends, but what happens after it ends. Which, of course, doesn’t actually “end”, just changes from what we know and are used to.

So in the first volume (that’s the first 24 “episodes” of the comic), we are introduced to the Freakangels gang. They are, as you can guess, the children that were all born at the same time. They all have a similar look about them (very pale and violet eyes) and have the very handy ability of telepathy. England is flooded from whatever happened that ended the world, and the Freakangels are watching over Whitechapel and the people who still live there. Mostly, I gathered, because they did whatever it was that ended the world and feel some responsibility to the people that are left. 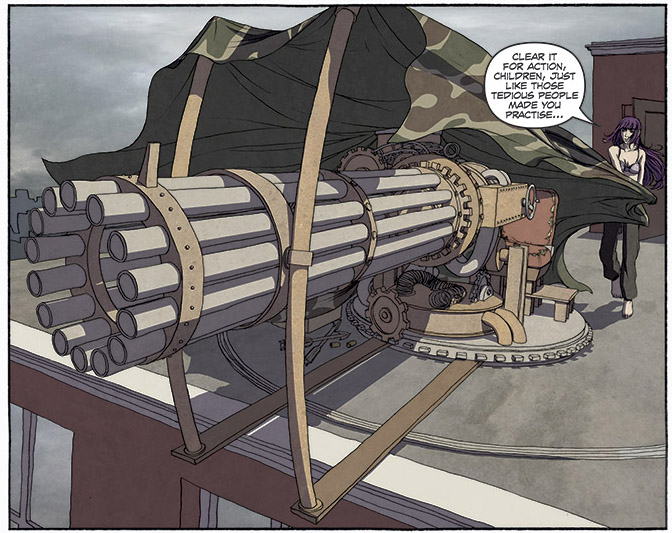 Turns out, they have good reason to look after Whitechapel. Prior to the point in the story where the reader comes in, the Freakangels have had a falling out with one of their own (Mark) because he wants to control the minds of the stiffs while the rest want to leave them be. The remaining eleven kick Mark out of the club, and they think he’s dead this whole time. Until he mind-takes Alice and sends her into Whitechapel looking to kill off the Freakangels. They avert that crisis only to realize Mark may be planning an even bigger one (mind-taking two rival gangs and sending them to Whitechapel with bad intentions).

The Freakangels themselves seem to have a hard time getting along with each other most of the time. They are constantly inside each other’s heads and bickering with one another, but when a threat is presented they all come together (with the exception of Luke, who I’m surprised didn’t make off with Mark by the way he behaves) to act.

There’s not much you can say about Warren Ellis’s writing. He knows what he’s doing when constructing a story, and he’s extremely good at doing it. This is an engaging start for an ongoing story. Nothing is given to you right away (there are still questions about what happened and what’s going on that aren’t answered after volume 1), but it’s not like questions upon questions are piled on the reader without any answers. He has created a believable flooded England, filled with twentysomethings trying to survive, and you just want to know where this is all going and where it started.

Paul Duffield is an amazing artist. Simple as that. I wanted to put about fifty examples of his panels up here because what he’s done in this comic is just beautifully rendered. The flooded cities, decaying skyscrapers, steam-powered machines, everything is brilliant. Put that together with Ellis’s writing, and the first volume of Freakangels is a perfect example of how high calibre web comics can be. For someone like me who’s tired of seeing End of the World stories only take place in New York City (no offense to NYCers out there) and never showing what happens after The End, reading this story is a weekly dose of post apocalyptic, British steampunk awesomeness. 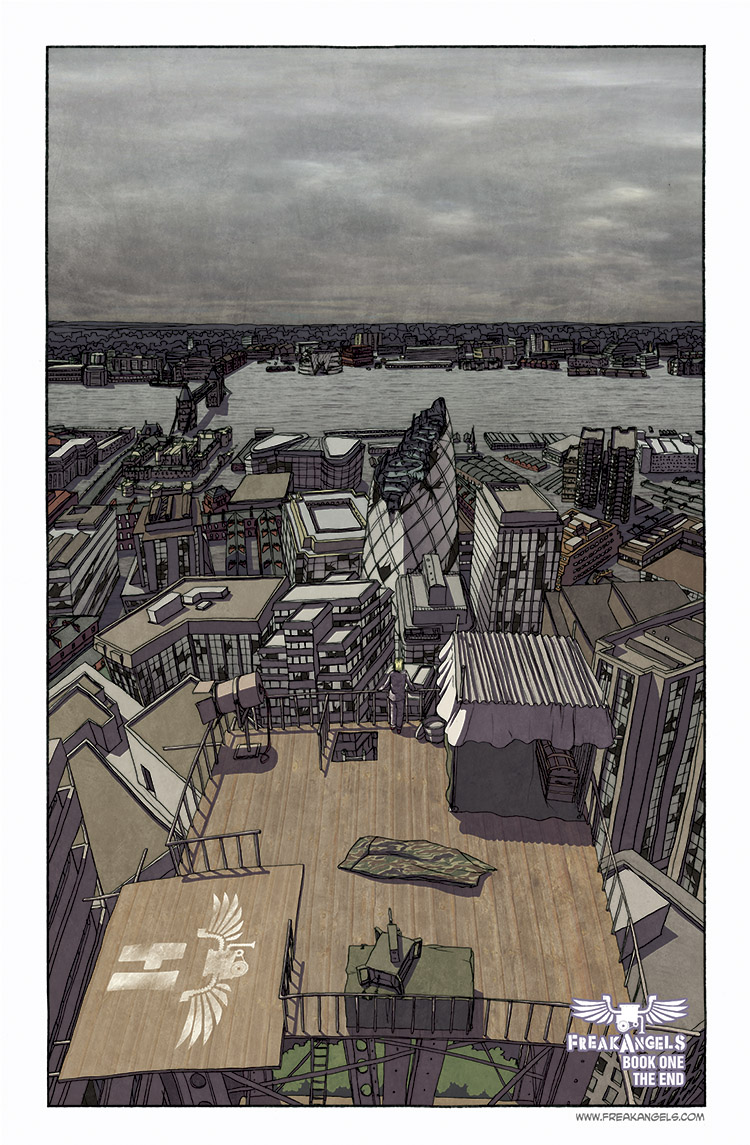 You can read the entire ongoing series for free at Freakangels or buy the first two volumes at Avatar Press.